Home Recommended Points of view The contemporary story rewritten from the ...

Contemporary history rewritten by readers: the first part of the 20th century 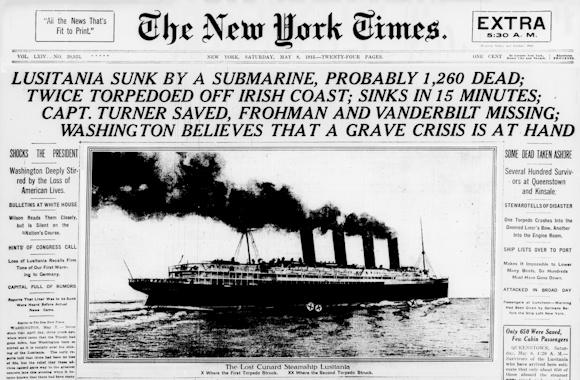 Here are the first news stories of the summer 2019! Thanks to the readers for the enthusiasm with which they responded to such a difficult topic. I have selected only one scenario for each hypothesis. I think it turns out to be an interesting picture.

What would have happened if:

Nationalisms within the Habsburg world were now too strong. Some currents of thought maintain that Francesco Ferdinando wanted to federalize the empire. A practically unworkable enterprise; to move from a structure of medieval origin to a sort of Central European United States (in any case a monarchical structure!) would have encountered hostile attitudes, particularly from the dominant Austrian and Hungarian components. Even if this had occurred, the empire would have fallen into a phase of destabilization and the internecine war would still have broken out. Just think of what happened in Britain between the English and the Scots or, in closer years, the Irish question. (Di Croce)

...had Italy remained neutral and there had been no crossing of the Piave, the 24 May 1915?

Italy would not have recovered, neither Trentino, nor Friuli and Istria. Although the cultural and pro-organizational cultural pressures were very strong, on the international scene, Italy was, on paper, the poor relation: a country with few infrastructures, low average cultural level and with a modern industry born recently. This would have remained without entering the war. The speech will seem cynical, but the conflict caused a qualitative leap: cultural compaction of the nation or, at least, of its politically more active part, development of the industry and a war campaign, almost always conducted on the offensive and fought with a grit not seen since the Roman Empire. There were bloody phases, but this also happened on the other fronts. Even those who played in defense, even if temporarily, had to endure tragic experiences. Moreover, even the United States definitely came out of the 30 economic crisis thanks to the war. (Di Croce)

... did Woodrow Wilson lose the 1916 election in the United States?

Wilson appeared in the elections as a neutralist. We should then see what were the positions of his antagonist Huges. The climate between the United States and Germany was however at white heat due to the funding and supplies of explosives that departed from the United States and were destined for the countries of the Entente. Germany responded with naval warfare, conducted by submarines. However, the Americans would have entered the war. (Di Croce)

...if the Mensheviks had defeated the Bolsheviks?

The former tsarist empire would have been more democratic and together with a less communist Republic of Weimar, the Russian-German empire would have been born as it was for the former Kingdom of Yugoslavia thanks to the Serbs and the Croats. This does not take away from the fact that this Russian-Germanic or "Yugoeuropean" empire would have made the ugly end that the EU will do for lack of a true European state and for lack of a return to sovereignty on the part of the so-called "PIGS". As Ratzinger said, either Europe returns to Christian roots or there will be no Europe. At most two Europe as two Palestines: Gaza of Hamas and the West Bank of Al Fatah. We need to convert China as it was for Ancient Rome ... (Scuppa)

...had the White Army defeated the Bolsheviks?

April 1917, Lenin does not return to Petrograd. He unexpectedly received a visa to pass through France, but traces of it have been lost. With some notes from Lenin, the April Thesis will be, albeit "jokingly" renamed "hypothesis" because Mensheviks and Bolsheviks, without Lenin will never agree on many points. The Soviets gain power, but with reservations. The revolution proceeds, but without a cohesion between Bosceviks and Mensheviks, divided into an ideological dispute.

Trockij undecided, he will not become Bolshevik, forcing this faction to bold and terrible gestures Nicholas II murdered with all his family; Trockij will distance himself. The Red Army will lack cohesion and communication, losing the chance to counterattack the Armata Bianca. Stalin will lose to Tsaitsyn by not getting reinforcements and blaming himself. The General Judenic frees Petrograd thanks to the Finns who have obtained the promise of autonomy from Kolcak.

Trockij arrested. The absolute leader of the Armata Bianca, Admiral Kolcak, victorious manages to wrest US support even with difficulty, receiving reinforcements and resources through Vladivostok and the Trans-Siberian. 1920 Russia returns united under military dictatorship. the purge known as White Terror begins. Disputes between general German and pro-Western wire. Fear of a Japanese invasion and Ottoman threat. Disruption in the new tsar-free government follows.

Trockij tried, but strangely not martyred with the execution. Russia becomes a Federation. No promise of autonomy will be kept: dissent from Finland, bitterness in the Cossack Lands, hostility in Ukraine due to the arrival of huge masses of Russian settlers. US wire corruption in the Far East Federal District. 1922-23 Russian Jews in the USA: problems, but sensitivity to the Russian situation. 1924 Wall Street Boom: speculation will enrich Jewish industrialists and bourgeois in Russia. There is a rumor about the possible birth of a Jewish state on Russian soil. Politicians and military clenched in the grip of Jewish banks; Russian proletarians and peasants return to protest.

Trotsky freed and Moscow came under the control of the reborn Red Army commanded by Dzugasvili, Stalin in the century, who appointed the capital of Communist Russia. 1937 confusion and Western helplessness. Birth of Stalin's Soviet Union; concealment of the genocide of the Jews. Stalin convinces Roosevelt that the USSR will be the bulwark against Japanese imperialism and European regimes. On the contrary, Churchill will see tomorrow's enemy in Russia, but it will be unheard. 1939 World War II will take place in unaltered ways.

USSR neutral, up to the murderous murder of Trotsky at the hands of an alleged man loyal to ex-general Krasnov, sheltered in Germany. This will be the casus belli that Stalin will use to declare war on Germany. 1940 Germany conquers France and Stalin convinces Roosevelt to get huge aid sent to re-arm the Red Army and march against Germany. Roosevelt accepts and the Axis postpones the attack on England to reinforce the eastern front. Hitler's failed diplomatic attempts at Stalin: the two blocs will clash from the Baltic to the Black Sea.

While the Royal Italian Navy will block the Bosphorus in vain, the Russian fleet, strong in US "donations" will surround England by engaging Germany directly. An attempt at a massive landing in Normandy by the Soviets will be thwarted by English spies allied with those German skeptics about Hitler. Churchill returns in vain to convince Roosevelt about Stalin's real intentions. 1940 massive but useless ground attack of the USSR. Japan does not wait and in the 1940 it attacks Pearl Harbor and Vladivostok by surprise. Huge losses to the US and invasion of the Russian east coast.

The US enters the war. 1941 Poland will be a theater of continuous and advanced retreats of the two sides, while the Russian Navy will break into the Mediterranean and the Atlantic. Here there will be a strange incident that will see a hypothetical Russian submarine sink a supply ship for England. US / USSR reports cooling. 1942-1944 the USA will struggle to liberate Europe, committed as they are to defend the western coasts from the assaults of the Japanese Navy.

1944 Stalin, tells a tired Roosevelt, that the only way to save Europe and the US from the Axis, is to carry out a joint program on a new and secret technology that would put an end to any conflict. The US was already developing a similar device, but the Russians also claimed to have a similar project and sooner or later they would have implemented it independently. 1945 Roosevelt procrastinates and Truman succeeds him, coming to know the Manhattan Project. It is impossible to hit Japan now out of reach of the US fleet, but possible from Russian soil. Although with reservations, he supports the joint nuclear program. So sign a pact with the Devil. Big Tupolev take off from secret Siberia bases.

6 August 1944 Hiroshima almost completely razed to the ground by something never seen before. 7 August touches in Tokyo and at the same time the capital of an exhausted Germany where Hitler was with the council of war.

Churchill frees and rearmies German prisoners of war to face the inevitable Soviet advance, while the rest of the world, including the US, remains petrified by the events. A forced peace with the Soviet Union will be stipulated in Europe between the relief of the end of the Nazi nightmare and the uncertainty of a communist nuclear regime.

9 August 1944 the USSR rejects the surrender of Japan accepted by the US and invades it without mercy. The US will run for nuclear remedies under Stalin's ill-concealed threats, while Churchill, in a New York Times interview and questioned about the future of the world, will answer: "For years I feared that the world would fall into the vice of Capitalism, the unequal division of assets. Well, my fears were unfounded. The world, on the other hand, will know the virtue of Socialism: the equal sharing of misery. " (Pession)