Home Recommended Points of view Is Russia making a mess? The Ucrai ... 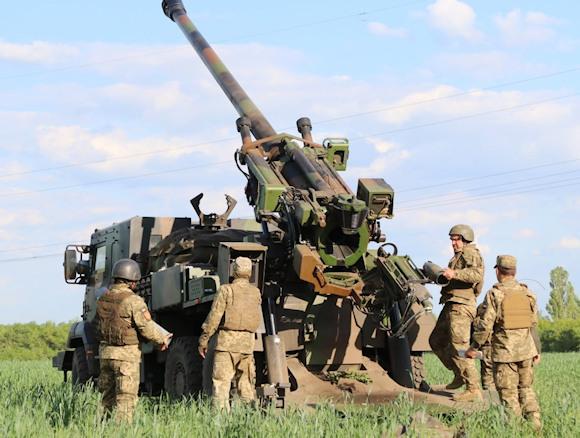 Where were we? Not even a week after my last article on the progress of the war, it seems that the media have been seized by a frenzy opposite to that of just seven days ago: then the Russians were a total failure, now the Ukrainians go to pieces. The real tragedy is that we almost always receive news at least 24 hours late from the moment the sources start broadcasting it - documenting and providing evidence - and the media themselves are imprecise in explaining the course of the conflict from a spatial and logistic.

These two limitations of the mass media system are the real tragedy: that there is an extraordinary excess of propaganda - superior to other wars, so to speak - in information is a colossal lie put around by those who would like only "domesticated" news to circulate. Here, then, that for some days now everyone has been tearing up their clothes for the "hundred Ukrainian deaths a day" or because "the Russians are advancing in the Donbass", but they are even alarmed because "the Kremlin is thinking of attacking Kiev again and submitting in full Ukraine ".

One hundred deaths a day are three thousand deaths a month, less than ten thousand since the start of the war. Are they many or are they few? There are always too many, for any country, but in this "strange war" the aggressors are far worse off than the defenders. 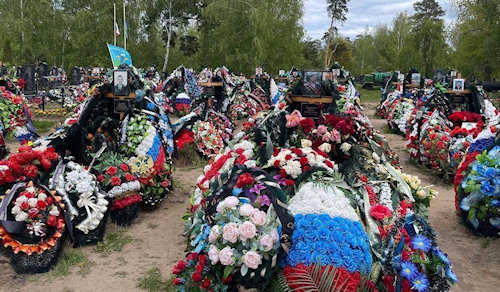 Even if we want to ignore the figures provided by Kiev, which speak of over 30.000 Russian deaths, and working only on the most realistic data provided, namely those of the self-proclaimed Donetsk People's Republic (DPR), we are talking about 1.912 fallen between February 26 and 26 May among the forces of the RPD, that is just under a tenth of the 20.000 pro-Russian fighters estimated since International Institute for Strategic Studies.

Given that the regular troops and mercenaries in the Kremlin's service were engaged on a front of more than 2.000 kilometers between Snake Island and Kiev, we can calculate that they too have lost about 10% of their troops, that is to say at least 20.000 troops. Adding 3-4 thousand "pro-Russian" Donbass and an incalculable number of mercenaries to these, we arrive at a realistic estimate of 23-25.000 deaths in less than 100 days of fighting, that is to say almost 250 a day. It is no coincidence that scenes like these are increasingly visible in many Russian cemeteries:

Has the "great offensive" led by General Dvornikov for almost a month and a half led to a "sensitive advance in Donbass"? Yes and no.

If we mean that by looking at the maps, territories visibly controlled by the Russians and their allies in the Donbass appear, the answer is affirmative: a large part of the Lyman railway junction, the area around the Popasna village and the Hotel Mir ("pace "in Russian - photo) east of Severodonetsk are undoubtedly controlled by Moscow. 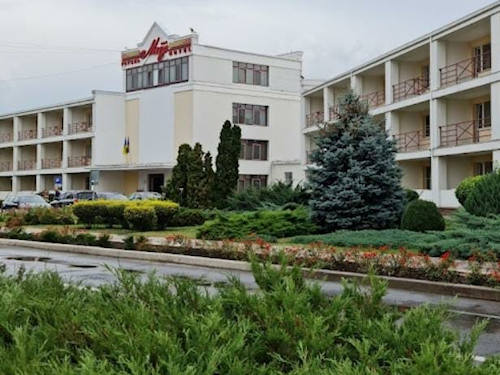 Now, let's try to understand what we are talking about: the one currently disputed between Popasna, Severodonetsk and Lyman is an area of ​​roughly ovoid shape less than a tenth of the province of Lodi or, if you prefer, a fiftieth of that of Florence.

The surface of the whole Ukraine is double that of Italy. This is what the newspapers are talking about as if it were the battle of the century ... It is true that the Ukrainians are committed here as far as Mariupol is concerned - words of the The War Studies Institute -, however, it is necessary to have a sense of proportion ...

Remember when two months ago famous military and geopolitical analysts foretold the "Russian grip" that should have tightened Kramatorsk and Sloviansk? Well, the two centers, small but important for the region, are well out of the eye of the storm. Indeed, to be honest, the Russians have been beating hard around Izyum for three weeks to prevent the Ukrainians from reaching their supply routes and forcing them to leave the center occupied almost two months ago. Meanwhile, near here, near Kharkiv the Ukrainians, few and poorly armed, in the last twenty days have recovered an area slightly smaller than the province of Lodi itself and equally from the parts of Kherson.

The important news, however, comes precisely from the South of Ukraine: two important counteroffensives are in fact underway, one near Kherson and the other in the Zaporizia oblast, not far from Donbass, where the Ukrainians are using for the first time. howitzers supplied by the USA, France (opening photo) and Italy.

For those unfamiliar with the geography of Kherson oblast, the capital is connected to the "Russian world" by only two roads that can be traveled by supplies: one leads - south - towards Crimea and the other goes east, towards Melitopol , the city where the Kiev partisans hit the occupiers and collaborators hard every day.

Now, even without pocketing Kherson, it is clear that Russian forces on the ground can be put in check by bypassing the city and - literally - blowing up viaducts and roads to the south, as well as the railway line. Without the possibility of receiving reinforcements from that side and, very soon, with the Russian Black Sea fleet forced to keep out of range of the Harpoon - kind Danish homage - Kherson itself appears very, very difficult to hold in the face of a robust and well-conceived counter-offensive. Furthermore, the simultaneous counter-offensive on the Zaporizia side and the resumption of the one in the Kharkiv oblast could soon force the Russians to divide their forces. 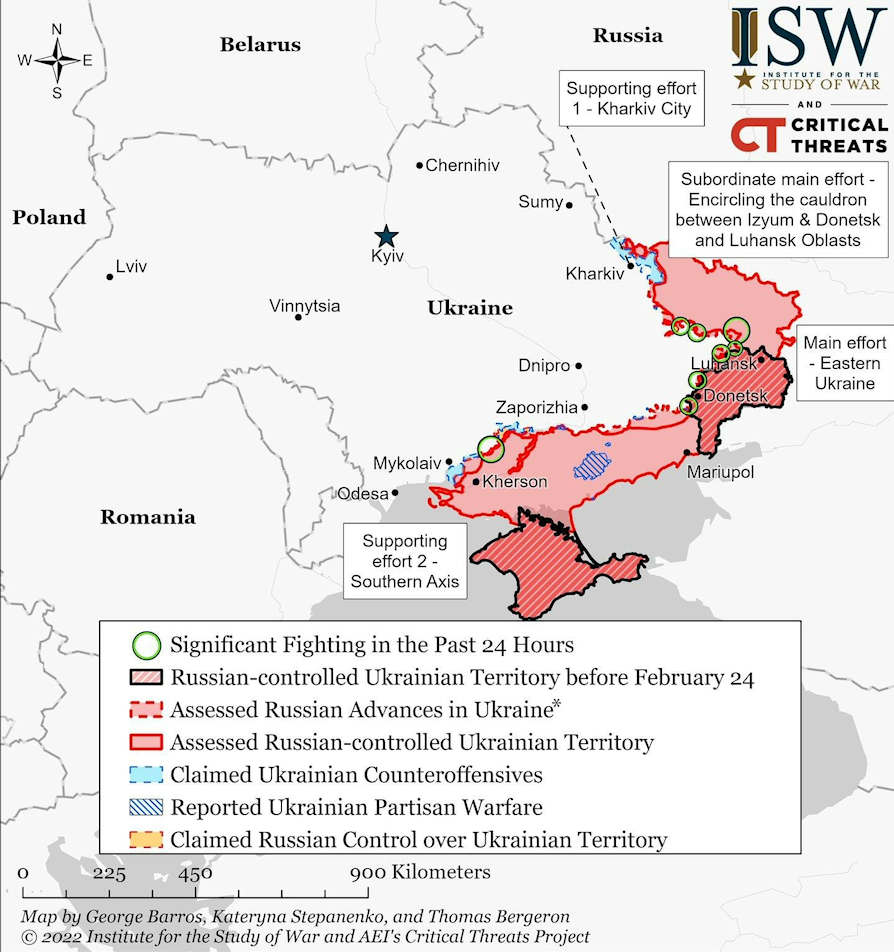 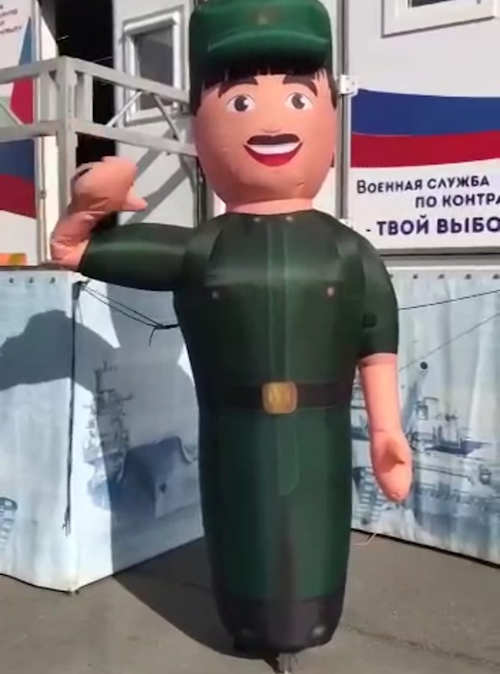 If it is a fact that the pressure of Russian forces in Ukraine is at its peak, it is equally true that it is increasingly unlikely that they will be able to increase much beyond the pressure.

In the last week, some "symptoms" of the growing difficulties of the Russian Federation have appeared:

What really happened, if we want to give a reading of this week's events, is that the Kremlin has missed a golden opportunity to bring some success back to Ukraine, given that during the month of May Kiev deployed the least trained troops. , put the territorial defense forces (Teroborona) and literally asked fighters not to waste ammunition, waiting for supplies of modern weapons and training of the best troops by Westerners.

How many times have we heard phrases such as "Some young people would need military service" or their more ...
4488
Read

Put an evening in Georgetown, near the American capital, at the prestigious Italian restaurant Milan. Put to a ...
5504
Read

Readers often ask us why Online Defense does not have, so to speak, a line on the war in Ukraine, but offers ...
1170
Read

The whole world knows the so-called "Gerasimov Doctrine" thanks to Mark Galeotti, one of the world's leading experts ...
5631
Read