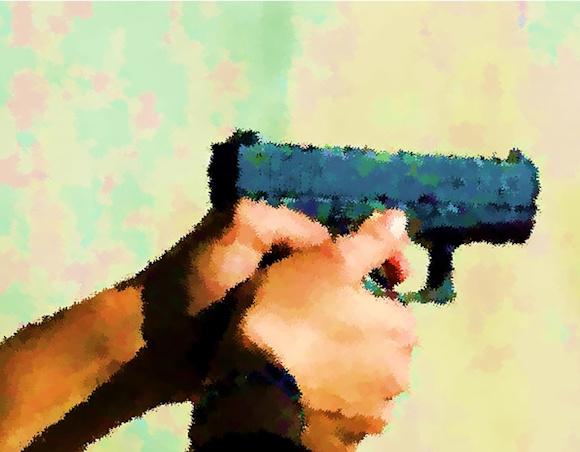 In the Mare Magnum of the offer of self-defense courses the time has come to instill some pill of wisdom to clarify and, perhaps, protect some unwary.

Currently in Italy we are invaded by a myriad of inherent activities, similar or comparable to what the social system calls "Personal Defense". Often the Associations that act as a reference for the environment promote initiatives starting from the image, trying to leverage the appeal of a name.

It is enough to do a little research on images on the internet to see a common factor in propaganda: masters, almost always dressed in black, with tight clothing to emphasize sculpted muscles and contracted faces, seem to paraphrase screenplays of TV dramas that deal with delinquent topics. Not content, they enrich the messages with logos evoking skulls, gladius, figures that can be traced back to a paramilitary that sets the trend and expands the ego.

Generally these pseudo-teachers come (at least we hope so) from martial sectors such as Judo, Lotta, Karate and other arts and conclude their scenic expressiveness with camouflage, daggers and pistols: choreographic styles of war-like anti-educational and unprofessional machismo. 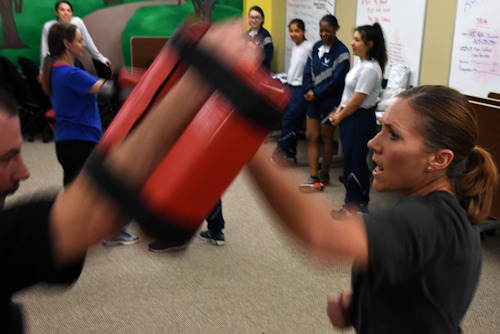 An attentive observer, aware of the differences that characterize the true format of self-defense, remains incredibly struck by the mass of self-styled Sunday trainers, asking themselves: "why nobody controls?", "Why does no body propose to verify the quality of a teaching offered? "

We must realistically understand that there is a type of Personal Defense taught only after a careful selection of resources, after years of study, after a wealth of real experiences in environments of real danger for one's own or others' safety. For these examples, reference should be made to the military sphere, to police bodies, or to private organizations that work to protect people and / or property.

A rigorous study and a knowledge of the subject conjugated to the juridical norms both national and international, to the use of legal and psychological consultations, to the use of sanitary notions and hygiene is of fundamental importance. This before even physically facing training, even a restricted series.

Another aspect is that which is meant to be passed as "Personal Defense" but which actually represents everything except that. We have to pay a lot of attention to the mirrors for larks, learning to pry and read up, to understand the actual needs that arise at any time in our lives in wanting to learn self-defense techniques. 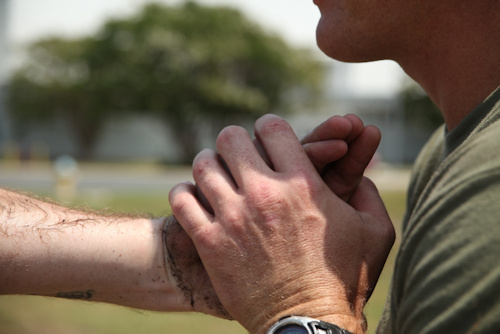 A practical tip? The best defense in the face of a dangerous situation is implemented mainly with prevention. Where could a risk arise: an event or an evening stroll? Who is by my side: a girl, my wife, a disabled person, an animal? Could something limit your freedom of movement: umbrellas, strollers, leashes, etc. ...?

We avoid areas that are recognized as risky. We park our vehicle carefully (perhaps illuminating the area around the entrance of the house with the high beam lights!). We prepare the key of a lock in the hand, separating it from the others.

These and other notions enrich our state of alert in the field of personal defense and substantially diminish the acts of aggression that we could suffer. However, if continued over time, they remain good practices in everyday life.

A typically Milanese proverb reads "Ofelè fa el to mesté" (Pastry chef does your job): it is said to those who try to do what they are not exactly capable of doing. We learn self-defense from competent people but above all with years of practice.

In a civilized and evolved society it is important to know how to discriminate what is often provided with the sole purpose of selling illusions and doing marketing on nothing, to the detriment of people. 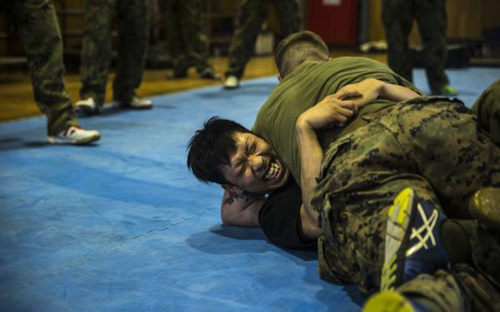 We invest in prevention, in teaching how to "decode" the non-verbal messages typical of those who want to offend. We develop more theoretical and preventive courses than practical and technical (especially with visual dissonance in attending outdoor sessions complete with gloves and helmet!).

Let us remember that an attacker devoted to malice and offense will never be one sparring partner able to facilitate our techniques during a physical demonstration.

We therefore use experts in ad hoc methods created in the military to train military personnel (already selected and trained in operating in the most critical and stressful environments) and - in the civil sphere - in the most honest theoretical line, perhaps integrating the sessions of practical training to gain more familiarity and reactive flexibility, qualities capable of making a difference by saving our skin ... Even running away and not reacting!

The civil defense world often tries to blend in with the military, sometimes in a dishonest way, sometimes because of masters who have never worn a uniform.

Those responsible for the not exciting national policy, made more gloomy by the gloomy economic prospects, recently ...
2372
Read

“The mafia is by no means invincible. It is a human fact and like all human facts it has a beginning and will also have an end ....
486
Read