The thought of Dante on Politics, Armed Forces, Judiciary and Church in Italy 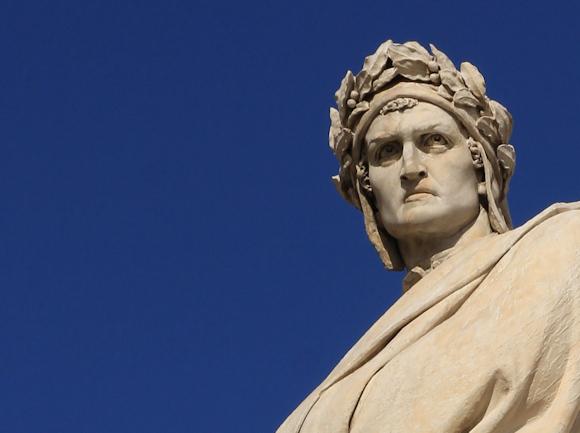 Un Head of State which praises the Navy emphasizing the presumed prestige that would come to Italy for the methodical and active role played, in the context of the scourge of illegal immigration, guaranteeing the recovery of human traffic managed by criminal organizations down to the African coast; a Chief of Defense Staff that at the time of his inauguration he argues that the defense of national borders is no longer necessary; a Judiciary which allows a Graziano Mesina (murderer, kidnapper and drug trafficker) to return to freedom; a Head of the Church that puts on top of his thoughts the need to guarantee the continuity of the migratory traffic emphasized by the Head of State mentioned above ... there is enough for a citizen to go with his thoughts to two reflections of the great Dante: "O servant Italy, of pain hostel, ship without helmsman and in great storm, not woman of provinces, but brothel!"

The second reflection deals more directly with immigration, which for centuries has been sponsored by the church: "Always the confusion of the persons principle was of the mal de la cittade, as of your food that appone".

Those responsible for the not exciting national policy, made more gloomy by the gloomy economic prospects, recently ...
2355
Read

A nation that is struggling to find a framework for internal politics, it is difficult to develop a strategy ...
1042
Read

“The mafia is by no means invincible. It is a human fact and like all human facts it has a beginning and will also have an end ....
484
Read

Many infectious diseases generally have different seasonal patterns; the flu has a peak in ...
825
Read

Could anyone ever have imagined it? Or maybe yes, someone had also announced it, but had not been heard. The...
2270
Read

Did Russian intelligence agents also come with help? This is the question many have asked after reading ...
5720
Read