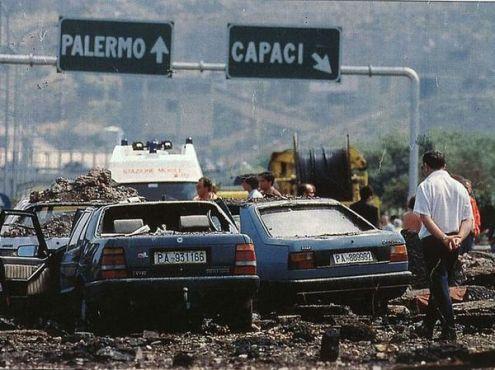 “The mafia is by no means invincible. It is a human fact and like all human facts it has a beginning and will also have an end. Rather one must realize that it is a terribly serious and very serious phenomenon and that it can be overcome by not claiming heroism from defenseless citizens, but by engaging all the best forces of the institutions in this battle ". Giovanni Falcone.

These as others, the shareable and famous words that have come down to us of Judge Giovanni Falcone which on May 23, 2020, the 28th anniversary of the Capaci massacre was celebrated.

It is absolutely not easy to write avoiding common rhetoric that would become obvious, or worse, cloying. Perhaps it would be better to ask whether silence, hypocrisy and work-related social problems, fertile ground for organized crime, are truly assimilated concepts and politically condemned not only in words. It is a matter of respect for the victims and insiders but also for civil society.

Falcone fought a war, clashing and finding institutional resistance - also from the CSM - in an attempt to deliver us a more civilized country, where legality and justice were obvious and affordable for everyone. So, not a justicialist state, but a free state. 28 years after his sacrifice, popular concerns about that cornerstone of free normality are still unfortunately present.

On the other hand, in light of the last DPCM and the subsequent decisions of the dicastery of justice in proceeding to release the prisoners imprisoned with the 41bis say a lot, Covid19 aside. An embarrassing blow that contrasts with the refined institutional words spoken on the day of the anniversary.

Needless to turn around, the state has precise responsibilities that are projected immediately on civil society, translating into disaffection and resignation to public affairs, anger and frustration. We condemn the mafia but at the same time we pretended not to have known in parallel to honest people wishing to improve their social condition, a ferocious crime (a mafia with precise rules) such as Nigerian, Albanian and Chinese in addition to crime local, especially in places where the state has not been able to invest and redevelop. We condemn a mafia aware that today it is basically a well-hidden and articulated one holding SpA able to make "legally" profit, cleaning up money or placing their own ... respectful managers ... in strategic positions where meritocracy would be uncomfortable.

An almost bipolar condition even when Bettino Craxi was humiliated and sentenced with the throwing of the coins, and then after twenty years he realized that he was a true political leader, capable of making himself heard in Europe without having to ask for an audience with the hat in hand and convinced of the need to renegotiate the Maastricht parameters.

In short, too much confusion and little credibility and professionalism that clash with the reassuring concept that a state should have, but at the same time too much press which, for reasons of editorial interest, is too short-sighted in certain uncomfortable directions, while it is united in condemning the goat atoning moment. Falcone was also a victim of it. Advancing tones of disappointment on the current system means becoming a target to be neutralized, rather than a positive starting point for a shared democratic idea. Selfishness (for those who have the faculty) seems the only way of salvation to remain standing as long as you plug your nose. But selfishness is known to destroy the civil progress of a state.

The skeptic will say: "what can you do about it? things go like this ... ". No, the world or rather Italy, will go around as long as there are people who will allow it, betraying popular expectations in exchange for personal well-being.

"Those who keep silent and who bend their heads die every time they do it, who speaks and who walks with their heads held high dies only once". Giovanni Falcone

Here, the best way to commemorate the 28th anniversary of the Capaci massacre is not the polished words, but a serious examination of conscience in all of us.

Those responsible for the not exciting national policy, made more gloomy by the gloomy economic prospects, recently ...
2387
Read