Home Recommended Points of view General Hodges had been right: ... 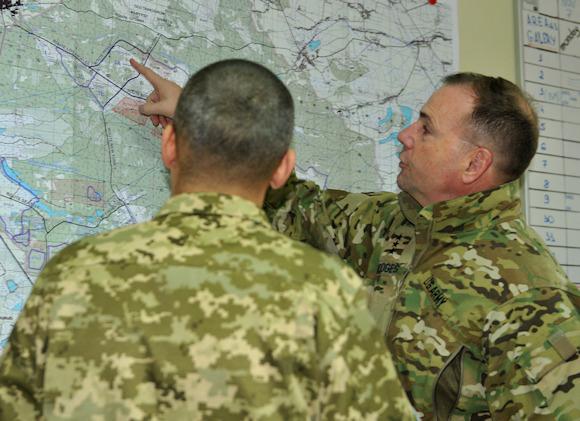 General Ben Hodges knows how to read Russian military events in Ukraine like an open book. Three weeks ago, among the first in Italy, we reported his analysis on Difesa Online (see link); now we can say that he got it right across the board and certainly not because even a broken clock tells the right time twice a day: the former commander of the American forces in Europe went beyond the obvious and was brave enough to anticipate the times.

In the last few days, he's been talking again1, to better explain the basis of his reasoning and to make us understand in which direction the war of aggression wanted by Russian President Vladimir Putin is headed. Let's try to understand the thought of this extraordinary analyst and former high official, not only doing a job of translation and interpretation, but also of applying his thought to the current reality.

The crisis of the Russian armed forces

It was Carl von Clausewitz, in XNUMXth century Prussia, who developed the concept of "climax": he did "To highlight the decisive point after which an army cannot continue to advance". This is, according to Hodges, what is happening to the Russian forces now. “Russia got stuck everywhere. They were even rejected from many positions ". What seems to us a tactical retreat from the areas of Kiev, Chernihiv and Kharkiv hides the fact that by now those positions had become unsustainable and the very existence of divisions and departments endangered.

Yet, in the south-east of Ukraine, the Russians have seemed to be getting closer and closer to taking Mariupol for weeks. Many argue that this success, which at times seems to recede every time the Russians take a step forward, in the manner of Achilles and the tortoise, Putin's troops could benefit from it in terms of morale, as well as logistics. Well, Hodges does not see “the possibility that they can regain their momentum in a meaningful way. Their logistical problems will not be solved anytime soon. Their staffing problems continue. Nearly 20.000 soldiers were killed or seriously injured. This is a substantial part of their strength ”.

The Russians are not defeated, on the contrary ...

We need to clarify now: "reaching the climax does not mean having been defeated". Hodges makes it clear: "Does not mean that they will not continue to kill innocent Ukrainians" with air raids and missile attacks neither that they will not try to raze entire cities or that they will stop hitting the convoys of refugees. However, the general is certain that the Russians will not have "The ability to get your hands on Odessa" and even less, even by reorganizing, they will be able to take Kiev No important goal is within their reach, neither today nor in the near future. Indeed, even if we do not say it enough, the Russian political and military leaders "They know they're in trouble".

Why what on paper - and only there - is the second most powerful military tool in the world should be in trouble? Always following von Clausewitz's reasoning, once the climax is reached, an opportunity emerges for the defenders and also for us, the Free World, "To increase and accelerate the supply of the means and weapons systems that the Ukrainians need" and to increase the level of attrition of Putin's forces. Hodges goes straight to the point: it is also a golden opportunity for communication to reach the Russian population: “On April 1, 130.000 Russian families will have to send their son to become a conscript in the Russian army. So what if we could reach out to some of these families and say… do you really want your son to become a conscript and be cannon fodder? "

Moscow can no longer win, but it hasn't lost yet. The Russians, who the Italian media imagine engaged in moving troops and vehicles towards the Donbass for the decisive push, "They will try to regain momentum": however, Hodges doubts it will be feasible. "They will likely begin to consolidate, to strengthen their grip on what they have. They will try to capture Mariupol. So I think they will look for the best negotiating position they can get ". Yes, because those troops and vehicles that should move south are the same ones - worn out, demoralized and with a shortage of well-trained men - that are now accumulating in Belarus, probably to understand if they are still usable for some task.

The chemical and nuclear danger exists, but ...

But what if out of desperation they had to use chemical weapons or even worse nuclear weapons? The American general is sure that “They are evaluating it. I don't doubt it. Putin used nerve agents on his own people, on his own opposition ". But it is one thing to gass people inside a theater in Moscow, it is quite another to gass people or foreign armed forces. In Moscow they are very clear that "If they use chemical weapons it will be very difficult for Western countries not to be actively involved and this will only be a bad result for Russia". What if the Kremlin intends to use nuclear weapons instead? Hodges has a very clear opinion: “I think people who support Putin must think that there should be life after Putin. There should be life after this crisis is over ".

The war against autocracies

Often, we read of pundits calling for Ukraine's surrender to restore peace. Hodges does not see this possibility as concrete: this is a war "Democracy versus autocracy. It is ridiculous that we are so hesitant and concerned about escalation when the Russians get tough. They create their own pretexts to do what they want to do. We don't want another Srebrenica, where the soldiers stayed on the other side and allowed people to be killed ".

Ultimately, how can the Free World take advantage of this "opportunity"? The general has very clear ideas: “If we want to stop the killing and destruction of cities, we need to focus our efforts on helping Ukraine. For example, we should provide them with a weapon system that pierces a Russian ship that fires missiles at cities ". Simple, isn't it? If we don't, by the stupid tactics of European leaders, "Millions of refugees, over the current 3-4 million, will suffer and others will arrive in EU countries, approximately another 5 or 6 million".

In conclusion, we must not forget an aspect that, when treated by a military man, acquires a geostrategic value, even if it is culpably ignored by many media: the food crisis that due to the Russian war of aggression in Ukraine will spill over the whole world. We leave the final word to Hodges, who spoke loud and clear: “This is actually a very serious problem. People in the Middle East and Africa and even China depend on wheat that comes from Ukraine ".

How many times have we heard phrases such as "Some young people would need military service" or their more ...
3720
Read

Who remembers the fall of the Berlin Wall on November 9, 1989? A few months earlier, Honecker had predicted in January ...
5724
Read

When you use a weapon or apply a tactic in war, you do it for one reason only: it gives you an advantage in winning or, if ...
5250
Read

Put an evening in Georgetown, near the American capital, at the prestigious Italian restaurant Milan. Put to a ...
5488
Read

You read the newspapers and you have the impression that sooner or later the Russian president will leave us - it is appropriate to say - in ...
6008
Read

Today 3 June has arrived what seemed impossible on 24 February: the XNUMXth day of the war of ...
4084
Read

The whole world knows the so-called "Gerasimov Doctrine" thanks to Mark Galeotti, one of the world's leading experts ...
5624
Read