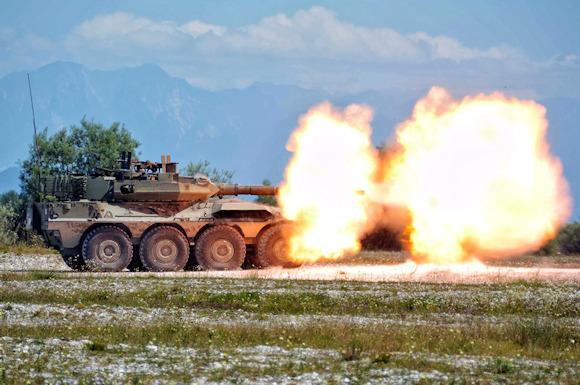 In the avalanche of teasing that raged on social networks after the serious mistake committed in the Friulian shooting range by the unknown gunner of the Centaur of "Genova Cavalleria", a title was missing: "The fox of the desert and the Centaur of Cellina-Meduna".

Though heavy, the satire was mostly funny and witty, but totally out of place when the El Alamein headstone was thrown onto the field: "Luck was lacking, not valor." Whoever had the idea of ​​the sacrilegious juxtaposition should have wondered what the son or grandson of a fallen man in El Elamein would think.

The reference to the Desert Fox however offers an opportunity to remember one of the principles on which Rommel imprinted his action of command in operations: "The best defense is the attack", an attack that he unleashed quickly surprising the enemy even more. Having established a dutiful relationship between the Anglo-American enemy that Rommel had in front of him and the friend (but not too much) public opinion faced by the Italian army in the "Vivaro case", there is no doubt that the national military summit preferred to Rommel's motto the most modest slogan "The best defense is the defilamento".

To give weight to social media, however, it seems that this choice did not work, so much so that satire has increasingly slipped into sarcasm, which has weighed and weighs on all men in uniform. In reality, not a voice like Rommel thundered to "defend oneself by attacking" and hit public opinion with the concept that what happened to Vivaro is serious, and even if what tragic could happen did not happen, who made a mistake , and not just the gunner, will pay a very high price.

That said, no one is allowed to make fun of the image of Genoa Cavalleria and the Italian soldier. Instead, a voice has not been raised that shouted that the figure of the soldier is sacred and must always be respected, and not smoothed and fondled only when he plays the role of armed wing (so to speak) of civil protection as a health worker, guardian of migrants , landfill controller, general unskilled worker or other.

It was the year 1989 when in Pinerolo in another cavalry group, the “Nizza”, a fact came to light that discredited the unit: an officer had shamefully cheated on the real level of efficiency of the group's vehicles. No accident had occurred but the officer's professional dishonesty cast shadows on the actual operation of the department. The commander of the brigade, an impetuous man and enemy of half measures, rushed to Pinerolo and asked for the head of the manager, but the commander of the group, Lieutenant Colonel Stefano Angioni, who had taken command of the department a few days ago, stopped him. with these words later immortalized by someone in a memoir: “Commander, the person responsible for everything that happens in my group, for better or for worse, is me. Therefore I claim the right to pay in person and to decide how to punish my officer, against whom I am guilty for failing to exercise adequate control action ".

Stefano Angioni was very clear what "reflex responsibility" meant for a commander and he also knew that being punished during the command period meant ending his career in that rank for a lieutenant colonel. Only men of other times? No. Even today there are those in the armed force who suffer when they take note of what is wrong, and it is singular that the sufferer is a simple corporal who translates his suffering into the final cry of pain of one of his reflections: "this does not it is more my Army ”.

From my personal diary. 1997: I was employed in the SFOR mission in Bosnia with a company of the 151st of Sassari attached to the 3rd Alpine regiment framed in the north multinational brigade commanded by General Novelli. We Sassari feel the burden of having to equal the work done the previous year by another company associated with the Folgore. I, the first corporal major of 24, in command of 12 VFBs with a year of service, am sent to a country, Pale, to ensure the security of an OSCE delegation and the smooth running of the elections. During the night, factions of Bosnian Serbs set fire to the powder, fomenting riots that lead to firefights. At the close of the polls, he took over the ballot boxes that the Serbs want to seize and surrounded by panicked OECD officials, with my 12 men I set out on the road to reach the urn collection center where the Bosnian police await us. The interminable journey takes place between continuous bursts of AK47s fired by crazy cars that flank us all the way. Reached the assembly center, by dint of AR 70/90 football shots and remedying a few scratches, we are able to overcome the barrier of people who want to prevent the delivery of the urns. The next morning, after 30 hours of uninterrupted service, the Alpini give us the change while the TV reports of the triumph of democracy, with images of many Alpine hats in the background !!! It doesn't matter to us and we return to our Tito Barraks in Sarajevo. In the afternoon, General Novelli shakes my hand, gives me a pat on the shoulder and says "Bravo!". I don't show it but I'm the happiest infantryman on earth ”.

Commander, today you will understand what I feel in reading on social media of a solemn commendation attributed by a general of the army corps to a corporal major of the female Alpine troops who demonstrated "extraordinary, crystalline, commendable, exemplary, incisive, valuable skills, far-sighted, meticulous and shining ... in the management of practices related ... to the coordination and accounting of overtime of military personnel of the General Commissariat of the Shrines ". For me, the endless sarcasm on social media following the Nice Cavalleria incident was also torture; the coup de grace I received then when I saw Crozza, the well-known comedian, ridicule a general of the army corps of the Alpini. Forgive me for this outburst but I no longer recognize myself in this army. I am witnessing its slow decline day by day. They want us to appear cute and cuddly by replacing us with civil protection, making our nature fail. I have no more examples to follow or Commanders to emulate. We wanted an Army 2.0 with young ladies with always done nails and shaved boys !!! I, who are still moved by the ceremony of the lowering of the flag and I get excited, on the threshold of my 50 years, reading and rereading "If it was love of the Fatherland", I no longer recognize myself in this army, and although today I still strive to " build it up ”… this is no longer my Army.

The truth is that those who think like this soldier and do not prove to belong to a specific current, are ignored and pushed aside by a system that favors those who take deep bows and salamons towards the political class, but then do not flinch when they are mocked and mocked when, after leaving the civil protection robes, they run into a Vivaro-model accident. 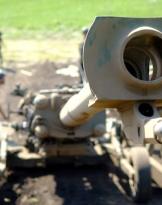 Ukraine can avoid a lengthy war scenario if it has enough weapons and supplied quickly: word of Wesley ...
2468
Read 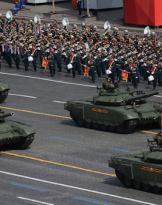 Who expected that Putin would, at the very least, be able to seriously announce to the Russians the neutralization of the ...
5299
Read 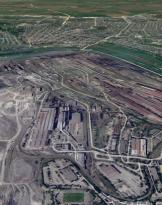 This two-dimensional photo represents the area occupied by Azovstal, the largest steel mill in Europe. Let's talk about a ...
7802
Read 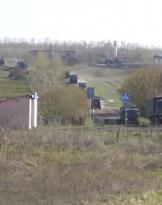 These days the attention of the chancelleries and analysts from all over the world are focused on the so-called "...
17823
Read 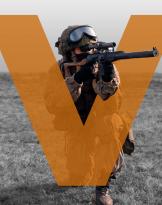 A tradition of the Ancient Regime armed forces was that there was no looting before battle ...
11759
Read 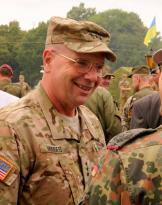 A retired general can speak freely, without political or hierarchical constraints, especially in the age of ...
6388
Read 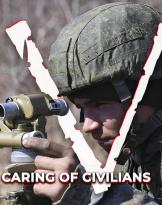 Ivan, when crime (does not) pay

Once upon a time there was the Russian Army; Long considered the second best army in the world1, the ...
10283
Read 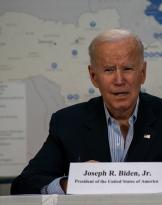 In response to the Russian military attack on Ukraine, President Biden has rallied the world by launching a ...
6483
Read 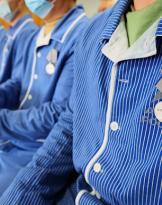 Some thoughts on the Russian army

The war (because that's what it is) in Ukraine, if on the one hand it took many observers by surprise, on the other it has ...
21911
Read 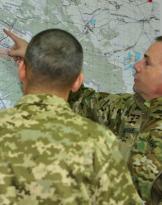 General Ben Hodges knows how to read Russian military events in Ukraine like an open book. Three weeks ago, among the ...
16980
Read