Home Recommended Points of view Coronavirus: when a piece of land can ... 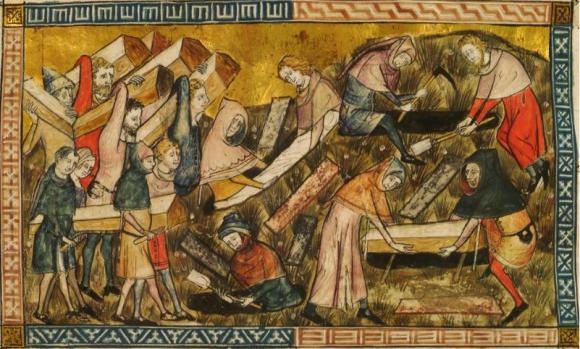 Could anyone ever have imagined it? Or maybe yes, someone had also announced it, but had not been heard.

The world could be upset by a virus and we are still not ready to face it. Whether it's fairy tales or reality, I leave the burden of verification to you if you feel like it.

As far as I'm concerned, I want to focus on what can be done to face the uncertain future. Starting from the current situation I will try to draw a possible future scenario and give some, I hope, useful indications.

Let's start with the current situation:
- almost all airlines and naval countries in the world are interrupted, at least as regards the movement of people for tourism or business;
- the traffic of goods continues;
- most countries have adopted more or less forced containment policies, trying not to affect some productive sectors considered essential (food, health, public services ...);
- all sectors considered "non-essential" are closed or at minimum productivity;
- the states are looking for financial resources to be distributed to the categories most at risk to prevent the popular protest from adding to the problem of COVID 19;
- the European Union does not seem capable of making a decision for all the countries for which everyone will probably proceed on their own.

I think there is enough for now.

Let's see the possible consequences at macro level:
- the blockade of natural persons is partially replaced by an increase in distance communications, teleworking is an example;
- in the scenario described above, can freight traffic go on for how long? How long can food-producing nations afford to bring essential goods out of their territory for the life and maintenance of institutions? A few more months? Maybe less.
- containment policies, if not accompanied by others, such as enormous social aid in all sectors, in line with the times that the support of the population requires, are not sustainable for a long time;
- the sectors considered "non-essential" are however closely linked to the "redistribution of income", their closure corresponds to the blocking of the redistribution and the reduction of tax revenues: this means that it is urgent to reorganize the state trying to foresee the necessary changes, and it must be done quickly;
- the distribution of resources to overcome the crisis, although considered necessary by me, opens up new scenarios that are not very reassuring. How can we go back when the crisis is over? How long can rain distributions last? What will be the consequences on food prices? All questions that need to be thought of and answered as soon as possible;
- European Union ... I prefer not to touch this button but sooner or later it will have to be taken into consideration.

What I have seen above is what, I imagine, is keeping the illustrious statesmen of most countries of the world busy.

But can we ordinary citizens do anything?

In addition to respecting the rules of social distancing, let's see what could be useful in the short term.
In my opinion one of the main problems will be related to the trade of goods, mainly to foodstuffs, both as raw materials (wheat, milk, meat), and as fruit and vegetables.
What does Italy produce and what does it import from abroad? It's up to you to find the answer… but anyone who does shopping in supermarkets knows what reality is!

Wheat, in recent years, comes mainly from abroad. Will it keep coming? And if so, at what price? Wheat is mainly used in Italy in the production of flour for desserts and pasta. Remember that Italians eat PASTA every day!

Rice, perhaps comes just after the pasta in our kitchen. Also in this case we are dependent from abroad. The same questions apply to wheat.
I could go on and consider meat and milk, but I'll stop here.

What can we do, in our own small way?

Meanwhile, hoping that someone is seriously thinking of making war period arrangements, where it is necessary to plan everything, let's say that it could be useful, at least for those who can, to refurbish their farmer equipment and those who have a piece of land perhaps abandoned for years, should think about putting it back into production.

Instead, at the country level, it would be necessary to give clear indications on which productions must be activated for the next months and which for the next year, indications that will surely be useful for companies to redirect the productive sector.

Am I too pessimistic? I do not think so. After COVID 19 we need to think about speculation and famine. The distribution of money will only be a palliative.