Home Recommended Points of view How does information in time of day work? 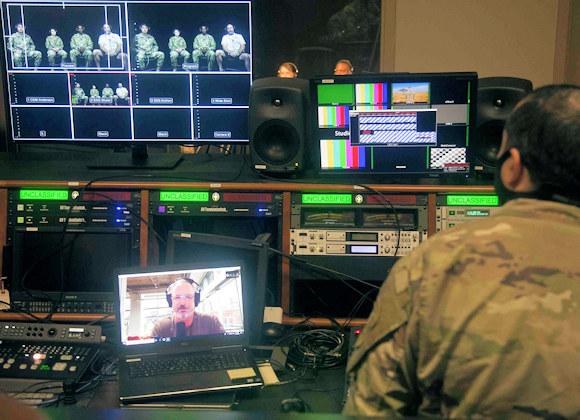 Readers often ask us why Online Defense does not have, so to speak, a line on the war in Ukraine, but offers the spectacle of undoubtedly very distant positions (see article). We would like to tell you that we do it only because we are liberals and we want to give a voice to everyone - and that's a bit like that - but the truth is that we, like all media, even the largest and most financially strong ones, must select and analyze sources.

These are the three magic words which we will talk about in this short article: "select", "analyze" and "sources".

Analysis is, by definition, an exercise based on the ability to understand and elaborate, apply knowledge, synthesize and - also, let's face it honestly - prejudices that are by their nature personal. In short, if in my experience and according to my studies, the Ukrainians have a high rate of belligerence, which has expressed itself many times in the last seven centuries but was sensationally lacking at the time of the Russian invasion of Crimea in 2014, then I can risk a some of my credibility and, in anticipation of the war, I dare to write that conquering and holding Ukraine will not be the walk the Kremlin expects for the Russian troops but a slaughter (see article). Likewise, if I know with a good approximation of the abundance of tanks, new or old, available to Putin's forces, I can venture to argue that the Russian Federation has the means to fight for almost incalculable time (see article). They are two contradicting analyzes based on different data and experiences and which give the reader a broad picture of the situation.

The selection of sources depends on the time and the means used: the amount of videos, images, testimonies and stories that arrive from Ukraine and Russia - but not only - in this period is so powerful that not even the big newspapers are able to probe everything how often and how often they limit themselves to always reporting news from the same sources.

Only those who have a correspondent on site can, risking their lives, go hunting for the unusual and the never seen. On the other hand, each of us - following one source more than another - makes a bet that involves a certain amount of risk, not for life but for credibility. He does this by applying his knowledge and experience in good faith, such as for analyzes.

We often base our choices also on our personal abilities: if I can read Russian or Ukrainian, I will be able to browse the data coming from sources in those countries and quickly get an idea of ​​the validity and importance of the news. If I know the Anglo-Saxon world, I will often have an advantage over a good portion of the media that doesn't even speak English.

Regarding Online Defense, I remember that we were among the first to report a WHO report on the coronavirus (see article) almost one week before the lockdown in 2020: we have played the same “game” several times, taking advantage of a multilingual staff and, therefore, capable of reaching texts for other “exotic” ones.

The sources remain. What is it about? Apart from personal knowledge on the spot, at this moment we can indicate above all sources that transmit via the web:

Let's start with the official press releases. Those of Ukraine and Russia are broadcast every day and often several times a day: it is not only defense ministries that speak, but also intelligence agencies, heads of state and government, other ministries and often unified staffs .

As is obvious, they are made not to explain how things go but how the reader must understand them to go, but they are not to be thrown into the waste paper basket as useless advertising: it is up to the analyst to apply the selection and analysis skills we mentioned earlier.

But the authorities in Moscow and Kiev are not the only ones to have their say! The British and Americans are almost as active and certainly more analytical than their Russian and Ukrainian counterparts: once or more a day they do not fail to update the world on the state and prospects of the war.

Then, there are the less official communications - so to speak - via the web: soldiers and officers, journalists and eyewitnesses, scholars and research centers, politicians and analysts who - sometimes from the Ukrainian theater or from Russia - try to inform or … Disinforming by filling hundreds of thousands of users with information often enriched with videos and images.

How do you behave in front of this mass of data? For example, you see a wrecked vehicle and you think: bingo! Then, you start looking for the weak points of your "discovery": is there evidence - easy to grasp - that it is a fake so I can get it out of the way before it wastes me time? The most common thing is that it is taken from a previous conflict or from a… video game. Then, try to place it in time and space: is it a wrecked wagon around Kiev in March or Kharkiv in May? Above all, whose is it? Has it, as it were, changed hands before? Was it from a donor country or was it stolen from the enemy? So, once the poor tank was located and detailed, look for more photos from those parts at that time: thus, it was discovered that a month and a half ago crossing the Siversky Donetsk the Russians lost not one, not even two or three but almost a hundred means, i.e. almost two battalions (see article).

In doing all this, as mentioned, each of us puts a lot of our experience, tries to be objective but above all strives to offer the reader a point of view that is not a collage of articles and opinions taken from newspapers but something original. , interesting and… free.

We hope to continue to serve you well!

How many times have we heard phrases such as "Some young people would need military service" or their more ...
4486
Read

Put an evening in Georgetown, near the American capital, at the prestigious Italian restaurant Milan. Put to a ...
5503
Read

The whole world knows the so-called "Gerasimov Doctrine" thanks to Mark Galeotti, one of the world's leading experts ...
5631
Read