Home Recommended Points of view Coup d'etat in Moscow: a bet with ... 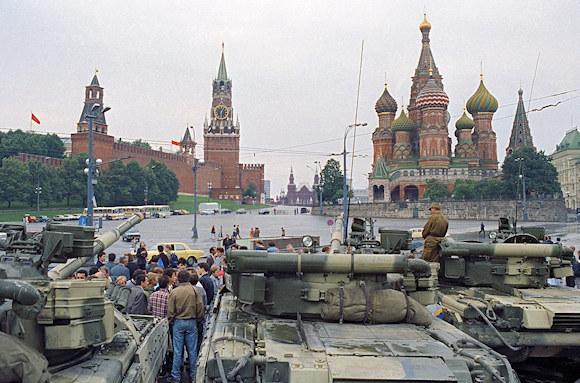 You read the newspapers and you have the impression that sooner or later the Russian president will leave us - it should be said - in peace for his death or deposed by a coup. Both cases are what the Anglo-Saxons call "wishful thinking", an expression that in Italian could be translated as "who lived hoping ..."

The truth is that Putin - who has certainly aged and looks sickly - will probably not live a hundred years not from a very serious and rapid illness, but only because no Russian leader has ever remained in power beyond the age of 76 and the life expectancy of an adult male in the former USSR is just over 65 years. Recall that the current Kremlin tenant will turn 70 in October.

The situation is different as regards - so to speak - the forced removal of the Russian leader by means of a palace maneuver or a real military coup with tanks in the streets of Moscow. Let us assume that we must disregard the means and magnitude of the effort: a coup d'etat is always such, whether the "supreme leader" is removed, so to speak, with good luck, as happened to Khrushchev in 1964 or if there are few scruples to physically eliminate the holder of formal power, the fate that belonged to Tsar Peter III.

We also specify that a coup d'état is, in general, a zero-sum political project or, always using English, a "winner-takes-all" game, that is, where there is always a winner who takes everything and the loser (or to the losers) nothing remains: if the leader is removed - with good luck or not - the "coup leaders" win; if the leader wins it, the game is lost for his enemies. Whoever undertakes a coup and does not consider this aspect already begins with the wrong foot: all the subterfuges and compromises belong to the phase preceding the attempt to remove the head; during and after the coup d'état relentlessly the logic of winner-takes-all.

We add that the coup also interrupts a physiological and - more or less - healthy phase of constitutional life in a country: if it is successful, it establishes what the greatest German political philosopher of the twentieth century, Carl Schmitt, indicated as either a commissioner dictatorship, that is, the mere suspension of the constitution while waiting for the coup leaders to "rectify" the wrongs done by the removed leader, or a constituent dictatorship, in which the "coup leaders" - considering, so to speak, also the constitutional order "corrupt" - they undertake to create a new one. If, on the other hand, the old leader prevails, history shows that he often and willingly travels one of the same roads, to eradicate the ground from which his enemies had sprung up. In short, the victim is almost always the constitution, in addition to the freedoms of the citizens.

That said, we can turn our gaze to Russia in 2022 and we must, first of all, ask ourselves: who could lead the initiative for a coup? From the military? From one of the armed forces? From the - apparently very loyal - National Guard? From intelligence agencies? From parliament? From the oligarchs?

The answer is: it doesn't matter. Only what we said previously counts: whoever wins takes everything, whoever wins violates the constitutional order, whoever loses will hardly have a second chance. In short, attacking Putin's pedestal is damn risky.

It is even more so because the other parties, who do not participate in the coup, would have everything to lose if they proved to the leader - who was not defeated - that they were neutral. Conversely, the coup leaders could use leniency with the "lukewarm" precisely to broaden the basis of their legitimacy. In short, Putin pays twice: to reward or to punish, while any coup leaders would always pay too much or too little.

Finally, there is the most important question: where to take the coup. Putin is not an ectoplasm that passes through walls, but moves constantly in Moscow and Russia, remaining in the Kremlin only the time to meet personalities who, out of prudence, cannot be involved in a coup, such as foreign leaders, or higher officials, who may not like to be involved and be a hindrance. Then there are, so to speak, Putin's clones, such as Nikolai Patrushev, who if left lying around could hinder the success of the coup even if the leader is removed. In short, bringing down Putin with a coup d'état is a bet with death that few would make.

Photo: TASS archive (tanks on Red Square during the 1991 coup)

How many times have we heard phrases such as "Some young people would need military service" or their more ...
4400
Read

Who remembers the fall of the Berlin Wall on November 9, 1989? A few months earlier, Honecker had predicted in January ...
5761
Read

When you use a weapon or apply a tactic in war, you do it for one reason only: it gives you an advantage in winning or, if ...
5269
Read

Put an evening in Georgetown, near the American capital, at the prestigious Italian restaurant Milan. Put to a ...
5499
Read

World War II? The Poles blew it up in 1939: Austrians and Czechoslovakians had not succeeded ...
10420
Read

Readers often ask us why Online Defense does not have, so to speak, a line on the war in Ukraine, but offers ...
1168
Read

The whole world knows the so-called "Gerasimov Doctrine" thanks to Mark Galeotti, one of the world's leading experts ...
5628
Read

Where were we? Not even a week after my last article on the progress of the war, it seems that the media ...
16080
Read