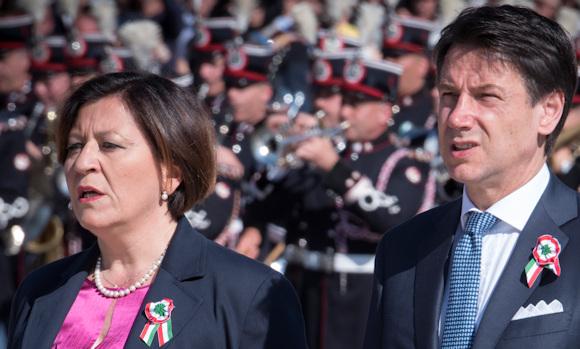 This Sunday morning I got up early to attend the Military Parade for the 73 celebrations years after the proclamation of the Republic.

In the last week various controversies have alternated because of the theme of the Parade, or theinclusion; of the excellent defections - former chiefs of staff disagreeing with the policy of the Minister Trenta -; as well as for missed invitations to prominent politicians.

Arrived in Via dei Fori Imperiali, I sit on the chair (where a water bottle, a tricolor flag and the program of the Parade are placed) and I am going to enjoy the event.

Let us say immediately that the Parade - after the arrival of the President of the Republic Mattarella accompanied by the Minister of Defense Trenta - is inaugurated by a delegation of mayors of Italian cities, well-known and lesser-known faces (the mayor of Palermo Leoluca Orlando stands out) they parade in front of the stands amid some applause and a lot of indifference.

After the war flags of the Armed Forces and the Guardia di Finanza it is the turn of the gonfalons of the Italian Regions, Provinces and Municipalities, not even we were at the Palio of Siena. 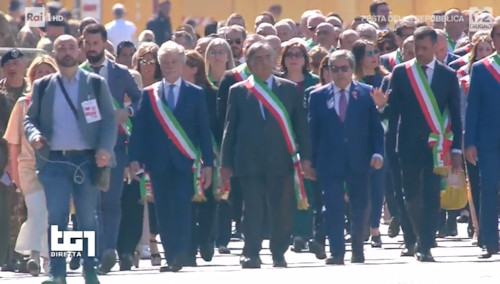 The due tribute to the unconditional adherence of the Republic to International Organizations is carried out with the passage of the flags of the UN, NATO and obviously of the European Union, just to remind Italians who is in charge.

The Paralympic defense sports group is highly applauded, with the bishop Gianfranco Paglia, injured in Mogadishu, the 2 July 1993 during the battle of the check point Pasta and awarded the Gold Medal for Military Valor.

Given that the theme of the Parade is inclusion also include civil defense employees, who represent a considerable numeric part of the Armed Forces (given the now widespread concept dual use it will be necessary to teach them how to handle weapons).

Finally, after more than half an hour, they begin to pull out the operational departments (just to remind everyone that it is still a Military Parade), actually few and badly assorted.

Between a company of grenadiers of Sardinia and a company (it is written exactly like this on the program given to the spectators, evidently those who wrote it did not know that in Cavalry the organic level corresponding to the company is called "squadron") by Lancieri of the 8 ° regiment of Montebello (obviously without a bend CENTAURO, we certainly do not want to think about the war in a Military Parade), stand out the Raiders of the Ninth Regiment Col Moschin, with their faces covered and armed with a mixture of carbines H&K 416, ARX-160A2 (with GLX-160 launcher) and Scar Mk-17, and the paraphernalia of the 185 ° parachute regiment of the thunderbolt. 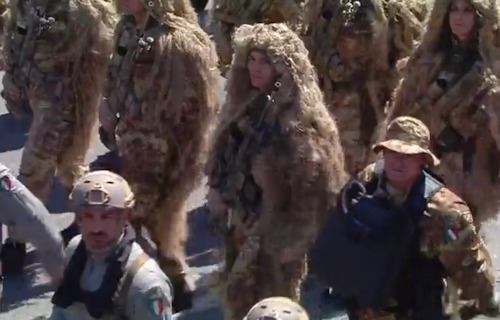 With the III sector there is the parade of the Navy, after the Morosini Military Naval School and the Academy of Livorno is the turn of the company of the marine brigade Saint Mark (in which we note the operators of the company NP and the snipers dressed with i ghillie suit). The GOI Raiders are placed in a mixed company and equipped with the green combat suit (they are uncovered so they are not yet patented).

While watching the sailors it seemed to me that I did speaker of the Parade said that "the brigade Saint Mark has a strong connotation dual use, as it has developed numerous capabilities in civil protection interventions " (I hope it was a sunburn!).

With the IV sector it is the turn of the Italian Air Force, with mixed companies of riflemen of the 9 ° and the 16 ° Stormo (frankly I have not noticed Incursori del 17 °).

In the V sector, the one where the Carabinieri parade, I noticed that the GIS Raiders were on hold for the anti-terrorist interventions in the urban environment, while in the previous occasions they showed off the fighting outfit used in Afghanistan, as part of the 45 Task Force.

The VI and VII sector are dedicated to the Guardia di Finanza and to the civilian bodies of the State, in the latter case I witnessed the parade (a very appropriate term) of female officials of the State Police in a suit.

Among the latest is the very famous universal civil service company, volunteer boys who (following the words of the president of the Conte council, v.video) go around the world talking about peace, also thanks to the money obtained from the non-purchase of five rifles. 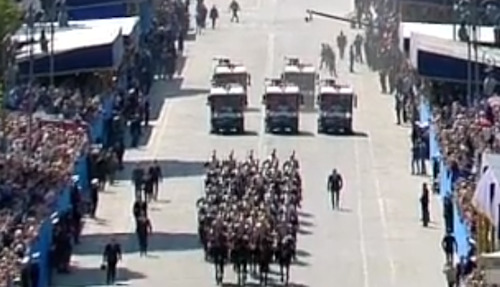 The only means of closing the parade once and for all on this day was a car of the 1943 of the Fire Brigade.

In truth, other means have been seen, such as the AMA sweepers charged with clearing the street of excrement after the passage of the Corazzieri horses.

In conclusion, my raise was certainly not repaid by the show I attended.

A Military Parade must by definition be the public display of the Power of a Nation. During the Cold War, the USSR (and still now Russia) had the most modern armaments parading in the Parade of 9 in May as a warning to the other party.

The total lack of heavy weapons and vehicles (if the problem is the possible damage to the monuments, then let's move to another place), as well as the absence of many units made this year's Parade a clear demonstration of weakness of the Nation.

If the theme was to be inclusion, why not also include the military aspect, instead of making it a part of the whole.

It will mean that I will have to wait for the 14 July to see a proper Military Parade, even if it is the French one. 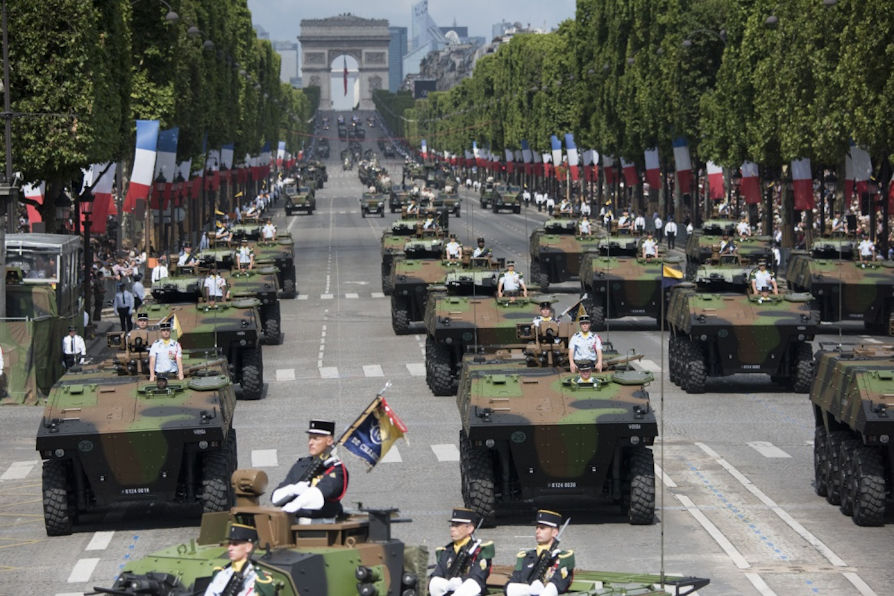 Those responsible for the not exciting national policy, made more gloomy by the gloomy economic prospects, recently ...
2397
Read