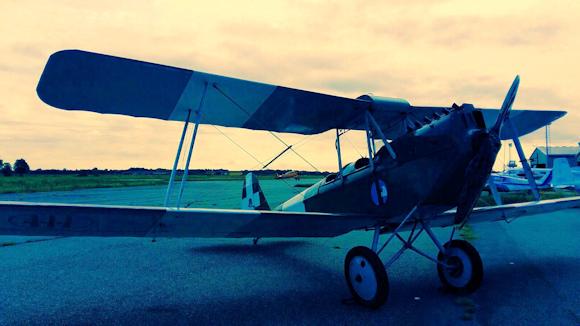 What I want to tell you may seem like a made-up story but it's true and I'm a co-star. "Co" because the main character is a biplane born from the Caproni workshops in Taliedo (MI) in 1933. A special biplane because it is the oldest Italian aircraft still flying. Sure, there are older planes ... but they are kept in museums and they don't fly anymore!

Our Caproncino (this was the nomigliolo with which it was affectionately called) was born in 1933 together with other 49 brothers. In fact 50 are the airplanes built in that series. 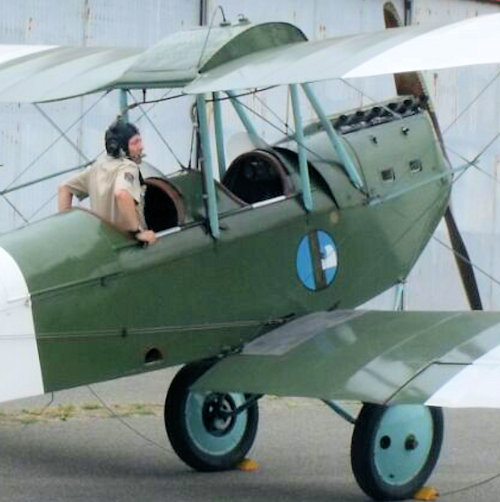 AWe return, not to dwell too much, in the early 70s. My father then worked as a pilot for an aerial work company called "Transavio", based on the Milan Bresso airport. I was little more than a child and began to take my first aeronautical "steps" by spending my days at the airport. This company had bought the biplane years earlier. He actually had more than one. Another, for example, registered I-GTAB, which is now preserved in the museum of Vigna di Valle, was used to create advertising signs with smoke bombs in the sky and subsequently for towing banners.

IThe biplane we are dealing with was lying abandoned in a hangar covered by a blanket of dust with the canvas of the wings pierced by the material that was placed on it as if it were a shelf. It had not flown for 10 years even then. As a child I would ride it, fasten my seat belts and ... fantasize, holding the joystick, to fly it in daring flights!

It was devoid of instruments and the only sound the engine made when I tried to move the propeller by hand was the screeching of the pistons in the cylinders due to lack of oil.

When I came down I was completely dusty but happy. A little 'less my mother when I came home ...

If then someone had told me that, one day, I would not only fly it but I would even be flying it myself, I would not have believed it.

Years pass and, in the meantime, I get the "patents" (at the time they were called that) - now licenses - until I get the professional one and that of a flight instructor. 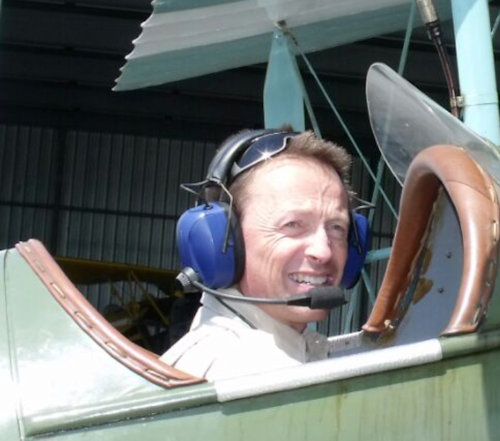 Let's make a brief parenthesis. In 1996. The Caproncino was bought by the father of a dear family friend who, having bought and restored the "Caproni hydro" of the Aero Club Di Como a few years earlier, restored it in turn and brought it back to its former glory. proudly the insignia of the Regia Aeronautica.

And let's go back to my birthday. Simone Gavazzi informs me that he has a gift to give me from him and from his father Gerolamo, but that, given the size, he could not bring it. Then he adds: "Dad has decided as a gift to make you the official pilot of the Caproncino".

I let you imagine my expression: between incredulity and amazement. I also thought of a joke for a moment. But it was all true!

When I sat back on that seat, since the last time, 40 years had passed ... A thousand memories, smells and noises came back to me and then vanished by magic when the engine was started, working between the lever advance and gas.

At take off, the instant I detached the large spoked wheels from the ground and started to feel the air lapping between the tie rods between its large wings, it seemed as if it wanted to repay me for all the years it had had to "wait" to create the dream a child had in his dusty cabin ... 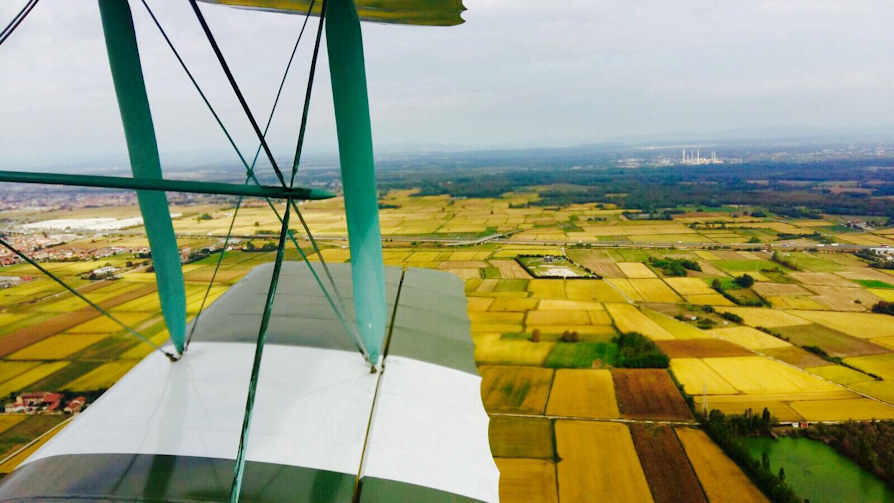