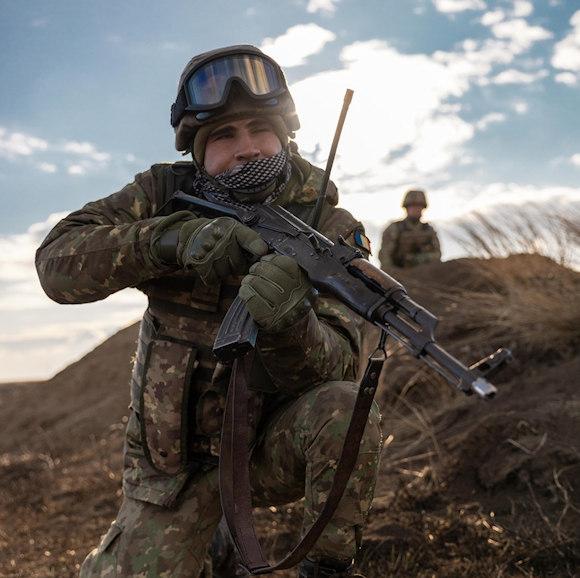 Europe is not NATO and NATO is not Europe. But NATO is a military alliance that includes most of the European states, plus, of course, the United States.

Contrary to popular belief, history shows that NATO is not an exclusively defensive organization. In the past it went into action autonomously without the conditions enshrined in the Treaty as none of its member states had been attacked.

In 1994, in Bosnia Herzegovina, with the operation "Deliberate Force" (the name already speaks volumes), NATO unleashed an air military campaign made up of intense bombing with 400 fighter-bombers (mostly taken off from our bases in Aviano and Istrana) and 5000 military from 15 nations.

Later, in the 1999, with the "Allied Force" operation, NATO unleashed another air war against Milosevic's Yugoslavia. Moreover, on that occasion a dangerous precedent as it was the first time NATO used military force without the approval of the United Nations Security Council. From the series: "so it is if we like!". And paradox among the paradoxes, to bless the Italian military intervention was the Prime Minister D'Alema, a well-known exponent of the old Communist Party. It should be noted that in both conflicts, the target countries of NATO, namely the Serbian Republic of Bosnia and the Federal Republic of Yugoslavia, were historically very linked and similar to the former great Communist Russia (What a strange coincidence Putin would think!).

Il casus belli that justified the first NATO intervention were 120mm mortar rounds exploded in a crowded market in Sarajevo which left 43 dead and ninety civilians injured. Although the report initially issued by UNPROFOR claimed that the bullets came from the positions held by the Bosnian government, the blame was then turned over to the Serbs. That was enough to justify the military intervention of the Atlantic Alliance: 3500 air strikes and 13 missiles Tomahawk arrived at the target.

We come now to the conflict in Ukraine. Given the background, it is legitimate to ask why NATO is so "sensitive" and ready to intervene in defense of the weakest (especially when there are civilian victims), in Ukraine is simply watching without lifting a finger. Not only does it not trigger military operations, but it is careful not to even provide air cover by unilaterally declaring the much discussed "No Fly Zone".

Be clear, the writer does not intend to instigate any military intervention and also rejects any partisanship in taking sides on one side or the other. However, it seems clear that NATO is a military organization that acts in an offensive manner only when it suits it and not on the basis of ethical or moral principles (and least of all in defense of human rights) as, instead, it has tried to make people drink. to gullible Western citizens.

NATO is ready to "fight" with the little ones, such as the Serbs of Bosnia or those of Belgrade; but with Russia you know very well that hands are best kept in pockets. In short, the same old story as the cucco: big with the little ones and little ones with the big ones. And against Russia, even if children die under supersonic missiles, NATO's most powerful weapon to wield is only one: hypocrisy. And in this she goes hand in hand with Europe….