Home Recommended Letters to the Director Russia-Ukraine and DIY analysts 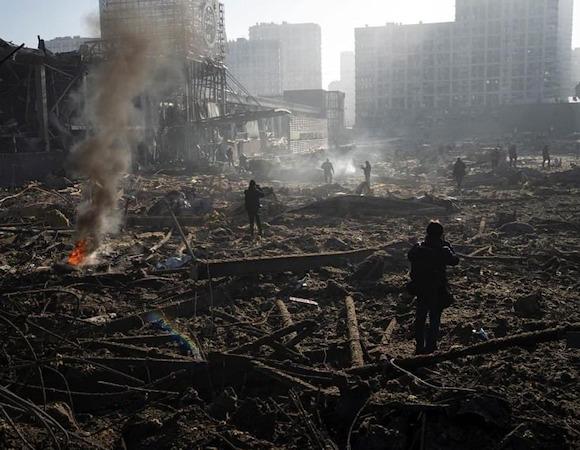 The ongoing conflict between Russia and Ukraine sounds like a wake-up call for those who believed, in Italy and Western Europe, that wars were delegated only to sectors intelligence and at most "special operations". We return to talk of military doctrine, land operations and armaments, the latter suddenly neglected in favor of the naval and air components. It was remembered that to wage war on the ground, the police forces are not needed and armored vehicles and light infantry are not enough (mechanized infantry has even disappeared as a specialty in the Italian legal system) but tanks and artillery are needed. Above all, a military capacity that cannot be recovered quickly is needed, as it cannot be reduced to the mere acquisition of weapons and means but made up of experts specific.

In summary, it is a question of regaining a capacity for use which is above all the result of a mentality generated by doctrinal elaboration, training and experience.

Finally, even if clumsily, it was realized that a long-lasting and coherent military policy and related economic investments were needed. This awareness, supported by the joint observation of the war events that follow one another, has also had, among the various consequences, the flourishing of the debate between experts not only in geopolitics but also in military strategy and tactics; which is to be considered positive since these sectors are considered marginal and niche in the context of Italian public information.

The widening of the debate, stimulated by that of the audience of listeners, however, has generated, as is the national custom, a deleterious increase of "experts", often recycled from other fields of study. Politologists and historians in particular, lacking the necessary military technical skills, except for some commonplace of general knowledge, measure themselves in the field of military analysis. The majority even launches into tactical and strategic forecasts, of which the short-term ones are mostly immediately denied, such as the one on the alleged bluff Putin's comment on an actual attack on Ukraine, thereby misrepresenting the very nature of the analysis. In the military field, this is above all an examination of the situation, a complex set of interrelated factors. It is the result of knowledge not only historical and political but also environmental, human, psychological, operational doctrines, armaments etc.

You are not good at military analysis into guess o make a mistake what will happen but in understanding what is happening and why, as a first step to identify the possible actions that will happen.

It is necessary to be clear, despite what is commonly thought, that it is not possible to predict the future, because this is the result of choices that the players in the field implement according to the complexity of the factors involved but also of choices that are sometimes not rational and of errors. The analysis must, on the other hand, make it possible to identify, according to the different possibilities of identified actions, the various and possible moves that can be implemented and which in the military field allow to be able to plan operationally. This is a concept that any soldier, who has a minimum of staff service studies, is familiar with.

Unfortunately, on the one hand the scarcity of specialized civilian analysts and on the other of military personnel engaged in the dissemination sector leave the field to improvised "experts" who launch themselves into the free prairies of a sector that has suddenly found a wide public interest. Unfortunately, it is a phenomenon already widely observed in the field of military historical studies, a sector in methodology very similar to that of the analyzes in question, replacing the study of the present with that of the past.

Here, too, the negativity of the phenomenon derives from the fact that few military historians are scientifically equipped to deal with researches capable of going beyond the strictly technical sphere and many civilian historians who call themselves military without having the necessary technical background. Among the latter, many, raw of legal systems, doctrine, decision-making process and planning of the period studied, believe that the simple consultation of some document is sufficient to have the picture of the choices and decisions made by the commands, launching themselves into incorrect judgments and conclusions. .

In the historical field the most deleterious consequent aspect is not, as in the analysis of contemporary war contexts, the desire to foresee the future, but the search, among documents and archives, scoop, exchanging history with journalism, measuring one's skill in finding the novel and not in the acuteness of the interpretative analysis, or in originally relating the various factors even if they are all already known and treated.