Home Recommended Letters to the Director The Tripoli embassy answers a & q ...

The Tripoli embassy responds to "Libya: revolt on social networks against friends of Italians. Diplomatic gaffe?" 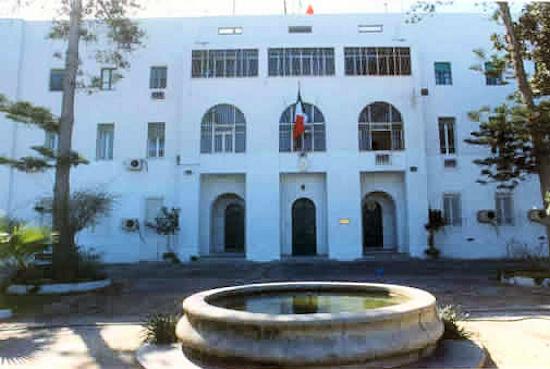 Che refers to his article published on 3/11/2017 on the "DifesaOnline" website, the Embassy of Italy wishes to specify that on 26/10/2017 it was hosted at the Residence of the Italian Ambassador in Tripoli, also in response to the recurring requests received from Libyan civil society, a meeting-debate on the future of Libya and the role of young people, which saw the participation of authoritative Libyan journalists and commentators, and a group of students from the University of Tripoli. There was no celebration of any anniversary. As is evident from the interactions on the Embassy's Twitter site relating to that event, it was an intense and participatory conversation, to which the young Libyans, all hosted for the first time in the Residence, also made a very important contribution .

The Embassy of Italy in Tripoli remains the only Western Embassy in the country, under very difficult security conditions and personal risk to its employees. The numerous activities organized by the Embassy in support of the local population are a source of great appreciation for the Libyans of all the regions of the country, not only among the authorities, but above all in civil society, who are alerted by the message of solidarity and support expressed by the Italian presence. through the services it offers and the initiatives it promotes.

The Embassy's press office remains at its disposal to check any news / comments that social media has acquired.

Embassy of Italy in Libya

Learning with "extreme relief" that the image was taken exactly on the national day of mourning in question, at this point I would like to advise - if there will still be an Italian embassy in Libya in 2018 - to meet and discuss with authoritative journalists, commentators and students of the University of Tripoli on the 25th or 27th.

But of course you will already have very competent experts and advisers able to avoid dangerous as misleading misunderstandings. Next time...

It is a simple suggestion, for heaven's sake, mainly due to the fact that, while the diplomatic offices receive regular salaries; in Italy - despite the propaganda - we still see too many companies closing down and citizens losing their jobs. The large industrial groups that had relations with Libya today invoice a fraction of the turnover (blown before the eyes by groups belonging to our highly esteemed allies) and dozens of small and medium-sized enterprises that represented us (with mutual satisfaction and profit!) have been standing for years or have closed.

I have been reading you with curiosity for some time. You deal with matters of which I believe few can really understand something at ...
4234
Read

Dear Director, I have enormous respect for Senator Liliana Segre. However, listening to the echo of his recent speech ...
1662
Read