Home Recommended Letters to the Director Reorganization of careers: the outrage of the base

Reorganization of careers: the outrage of the base 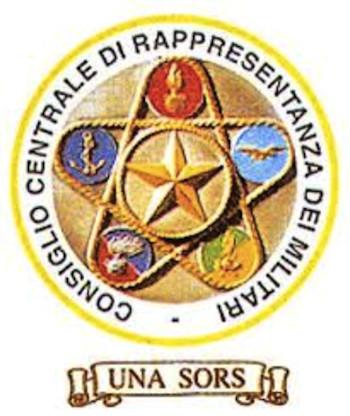 On November 15, 2016, we witnessed, with "bewilderment", one of the blackest pages ever for over 80.000 Graduates and Military Troopers of the Army, Navy and Air Force excluded from a "Reordering of Roles" which would seem calibrated only for the role of officers and non-commissioned officers.

During the meeting with the Defense Staff, the Delegates of the Co.Ce.R. Category D have, with "regret and indignation", abandoned the discussion table in which a Reorganization of Roles was illustrated that proved "deaf" to the requests of those women and men in uniform who, for quality and employment conditions, asked for equal dignity within the Defense / Security Section.

The much-touted "Poker d'Assi" in fact turned out to be a "bluff", because the resources made available to the military personnel, small and poorly managed, do not even guarantee the current salary increase thanks to the 80 Euro of the Security Bonus. The Personnel, if this Reordino is approved, will be paid an economically lower wage than the current one.

We therefore appeal to the Minister of Defense Roberta Pinotti, who publicly stated that: "the Reordino is an important sign for those who decide and swear to be loyal to their country and do their best for this, and it is the responsibility of the policy to recognize a tranquility of life to military personnel ", so that, with your authoritative intervention towards both the Government and the Military Defense Summits, can give substance to his thinking, meet the professional and economic expectations of the weakest staff and not become an accomplice of a Reordino that in fact mortifies the entire category represented.

The Representatives of the Category wish that this provision, already defined as a mere "sop", could change and satisfy the real expectations of the servants of the State.

The war in Ukraine saw the consecration of the drone as a fundamental and indispensable weapon system of the field ...
25349
Read

The 2 June of each year in Italy is celebrated the Republic, that is celebrating the form of state chosen by the citizens ...
2522
Read

The Russian attack on Ukraine closely resembles the Italian aggression on Greece in October 1940. Putin, ...
4020
Read

Good day. I read, always with pleasure, Online Defense. I take the liberty of offering a very small contribution, I hope ...
12978
Read

The war in Ukraine highlighted the serious shortcomings of the Italian Army in the field of armaments in ...
12967
Read

Regarding the transfer of armaments to the Ukrainian armed forces, it should be noted that it was an operation of ...
9290
Read