Home Recommended Letters to the Director Replica of the Hon. Alessandra Ermellino ...

Replica of the Hon. Alessandra Ermellino to the letter to Difesa Online: "Still slaps for civil defense officials" 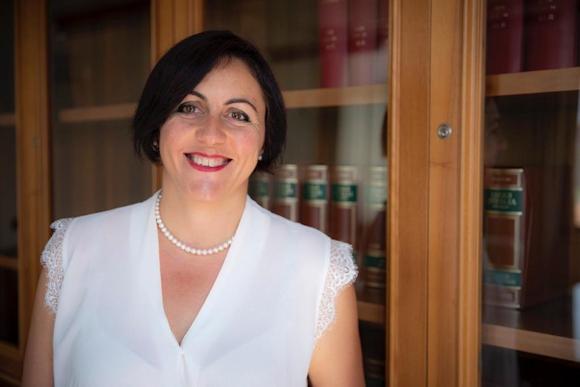 Dear Editor, I address this letter of reply to you because to date I do not know the sender or the sender of the communication that was sent to me last 21 February through his newspaper (v.link). With the present, however, I intend only to clarify because I have read too many inaccuracies and when, dealing with issues such as the health and dignity of workers - whatever extraction they are - is in fact dutiful to stick to the reality of the facts.

Let's get to the point: the law proposal subject to dispute is that concerning the transit of military personnel who lose their ability to serve, it has as its primary objective the protection of those who, affected by disability or infirmity, are penalized both by the dynamics of the working world that from the emotional social one.

What changes with the novel? I first tried to remove the restrictions that prevent full and equitable application of the institution. In fact, currently the transit is allowed only in the roles of civil personnel of the Ministry of Defense. Being a dicastery not present in a harmonious manner throughout the territory and in particular, not in all units of the Armed Forces positions for civilian staff are provided, usually the transit is destined to move away from home or in any case to be used far from own family, in the impossibility, especially in the most serious cases, to receive adequate family assistance. Which is why, I thought to extend the possibility of transit to any other public administration, as per art. 1 paragraph 2 of Legislative Decree. 30 March 2001, n. 165, also providing mileage thresholds within which they can be transferred.

In the study phase, I realized that the legislation in force highlighted a discrepancy between non-managerial staff and management personnel - the latter not protected if it were affected by any disability or infirmity. Actually, the consequences are different depending on the category they belong to: the managerial staff is excluded from the current regulation, a category that - it is recalled - includes from the 1 January 2018 the officers with the rank of major and up. The extension of the institute of transit to the rank of colonel aims to ensure the employment of the youngest officers, keeping in mind that the invalidity or illness could affect any subject, regardless of age. I refer in particular to younger officers because the contributory pension scheme can not provide them with adequate treatment.

If reasons of fairness impose to extend the institution to the managers, the same motivations advise to exclude the generals, considering that they usually possess a matured pension that certainly can not discriminate them. Unfortunately, when the disease strikes, does not look who you are and what role played in society or in the working world, in fact, in front of the disease we are all the same. We therefore considered it appropriate to regulate this aspect and I reject the accusations of those who think that, with my proposal, want to benefit managers or the military in general, to the detriment of civilian staff, because it is not.

But let's examine in detail the legislation: The art. 9, paragraph 1, lett. n), Legislative Decree 31 December 2012, n. 248 introduced the art. 2231 - bis, the possibility to the military, up to the rank of lieutenant colonel and corresponding degrees as well as to the non-commissioned officers of the Army, the Navy and the Air Force, to apply for transfer to other public administrations, referred to in Article 1, paragraph 2, of the legislative decree 30 March 2001, n. 165, and subsequent modifications. The transferred personnel should be included in the functional area of ​​the non-managerial staff identified by the destination administration, on the basis of special equation tables, approved by decree of the President of the Council of Ministers, on the proposal of the Minister for Public Administration and innovation, in agreement with the Minister for the Economy and Finance. The above equation tables have never been issued. In 2013 an initiative attempt by the then Under-Secretary Pinotti was carried out, which had no result. The failure to issue the tables in question has led to the inapplicability of the institution in question. Table G, attached to the Legislative Decree 95 / 2017, applicable pending the issuing of the aforementioned tables, to all the transit scenarios envisaged under current legislation (including those for military personnel no longer suitable for SMI), has exceeded the impasse, even if to date there are no cases of transit pursuant to art. 2231 - bis.

Finally, I remember that in my proposal, in art. 3, executives pass through procedures and procedures that will be established by inter-ministerial decree, through the establishment of special Tables, which will be issued in the name of common sense and respect, with the same qualifications and requirements, of the professionalism of civilian employees of the Public administration. Each part, military and civil, is therefore protected and sees its professionalism respected, regardless of preconceived or preconceived approaches. Defending one's rights does not authorize us to see an enemy in the other, because it is not so 'different', especially in illness. As repeatedly stressed by both myself and the Minister of Defense, civilian staff is undoubtedly a resource to invest in as a priority and that is precisely why I have been working on these issues for months now, constantly confronting the Ministry. Finally, I appeal to all readers so that they can grasp in this answer what for me it is really important to protect.

Dear Director, I know that I will go off topic with this letter of mine, but basically they compared this emergency to a ...
305
Read

Good morning Italy ... First of all I ask you to excuse this situation ... Like many of you I appreciate well-being ...
3003
Read

I am sending you my letter on the wave of emotion, after reading the "letter of a soldier" on the wedding in Lebanon. I'm...
2070
Read

I have been reading you for several years with great interest as your articles delve into important world issues ...
6085
Read

Dear director, a few days ago I had the opportunity to read the editorial by Marco Travaglio entitled "All Covid is ...
1724
Read

Since the beginning of 2020 the Italians have become accustomed to the images proposed by the TG of men in camouflage engaged ...
5019
Read