Home Recommended Letters to the Director When Italian foreign policy is shortsighted ...

When Italian foreign policy is short-sighted and without strategic vision 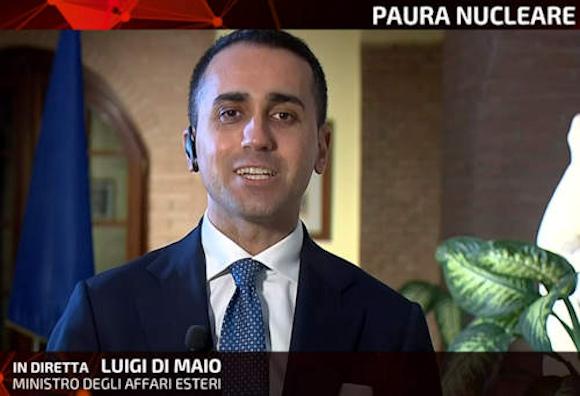 We could be on the verge of a nuclear war in Ukraine (although I believe that none of the actors involved are interested in doing it) and as often happens, although the situation has been degenerating for years, "tapulli" are used as hasty dispatch of weapons or sanctions as if there was no tomorrow (does it make sense to exclude Russian athletes from the Winter Paralympics ...?).

I have been working and interested in defense issues for many years, and there may be dozens of reflections on the ongoing crisis to debate. I don't like stadium support, but unfortunately in recent decades it seems to have become impossible to discuss complex phenomena in an articulated way and taking into consideration the history, geopolitics, economics and the many (different) interests involved; and more simply we resort to the well-established division between "good and bad" (we have been doing this since '43).

I will focus on a point that has not been taken into consideration by any analyst at the moment and I will start from the old (and very current) adage "Si vis pacem, parabellum".

Deterrence has always been a weapon that has guaranteed a pseudo-peace, or at least degenerate into a nuclear conflict between great powers. A country that has Armed Forces is not attacked. structured, credible and well armed. It would simply be a suicidal act.

From the 2014 coup it was clear that Russia would not allow it to have another pro-Western neighbor or even a NATO member.

Sending weapons now to balance an ongoing war is in this case a duty to support the attack, but will cause the conflict to prolong and more casualties for both sides. However, if they had been sufficiently armed beforehand, making a possible invasion by the Russians more risky, costly and uncertain, the latter would have thought about it much more. But Italy, through the office in charge of issuing export licenses, has well thought of denying any authorization for the export of war material to Ukraine in recent years, which could indeed have contributed in a structured way to the increase of deterrence to Russia.

Then, if we had not banned Ukraine's right to self-defense by banning the export of military equipment, Ukraine could have created greater deterrence by making (perhaps) Russian aggression unlikely.

Now, however, when the war is unleashed, the weapons sent in haste will contribute to exacerbate the conflict and make it more bloody. Perhaps it was necessary to think about it first, and start doing more "realpolitik" in the interest of Italy.

The comparative examination of the weapon systems of our three armed forces reveals a serious imbalance. While the ...
2272
Read

One of the most urgent programs for the renewal of the equipment supplied to the Italian Army is that ...
24587
Read

As is known, NATO was born (pass the tongue twister) in 1949 as a mutual defense organization between Belgium, Canada, ...
3388
Read

One of the main lessons learned from the war in Ukraine is the need to enhance vehicle protection ...
14348
Read

The war in Ukraine saw the consecration of the drone as a fundamental and indispensable weapon system of the field ...
27029
Read

Perhaps guided by mysterious genetic messages I live the recurrences of May 24, June 2 and November 4 in ...
6323
Read

The 2 June of each year in Italy is celebrated the Republic, that is celebrating the form of state chosen by the citizens ...
2832
Read

The Leonardo Company (formerly Finmeccanica) is presenting its ...
3453
Read

The Ukrainian crisis and the consequent possibility of the involvement of the Italian Army in a high-level conflict ...
9140
Read

The Russian attack on Ukraine closely resembles the Italian aggression on Greece in October 1940. Putin, ...
4648
Read