Home Recommended Letters to the Director Because so many criticisms of the declaration of ...

Why so many criticisms of the declaration of St. John XXIII as "Patron of the Italian Army with God"? 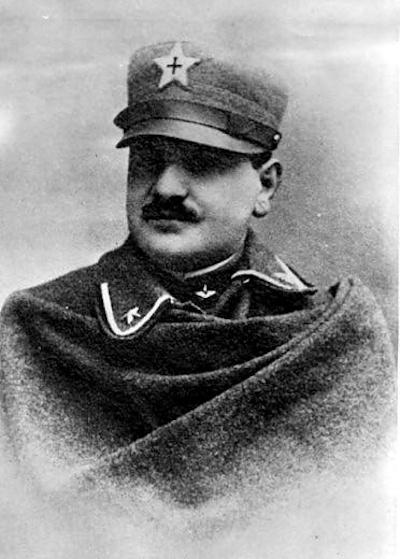 I state that the topic does not excite me and that, even if I wear the uniform for more than 30 years, I did not feel the lack of a Patron before and I do not feel the presence now.

Matter refers to questions of faith which, as such, pertain to the personal sphere of the individual. But this is not the point.

During the last few days I was struck by the intense mobilization, the acrimony of a significant part of the Catholic world against the appointment as Patron of the Italian Army of San Giovanni XXIII.

An attitude at least singular because it betrays the inspiration that should instead move the consciences of believers, from which, naively, I would have expected a greater propensity to "grant" the blessing of a saint regardless of the final recipient.

And also because, in saying how they do that nothing the figure of Pope John XXIII has to do with the war, we subtend the subtle conviction that the war itself coincides with the soldiers who fight it and that they and their families do not they are indeed the first victims.

"The Church does not need saints who protect armies ... (...) but to enhance the sense of unarmed peace"Reads the letter published on the Pax Christi website.

Following this reasoning, then, a gross mistake would have been to have entrusted the Arma dei Carabinieri to none other than the Virgin Mary, even though the Weapon opposed not disarmed but militarily to criminals and violent ones. I doubt, however, that any of those who today sgolano have ever made reservations about it.

I wonder, then, what "ontological" difference exists between those who protect people from threats looming within the state and those who do so by enlarging the sphere of action beyond its borders.

Is it right to oppose organized crime and it is not (when decided by Parliament) to oppose the self-styled Islamic State or to train the Lebanese, Iraqi and Somali security forces to re-establish a State compromised by years of revolts?

And yet, is it not right and legitimate to defend those who threaten the institutions and citizens of the Republic from outside?

The truth is that the numerous beautiful souls, some of them in cassock, confuse the cause with the effect, the evil with the care, putting victims and executioners in a single cauldron.

And they do so, moved as they are from the ideologies of the last century and a pacifism of a fundamentalist kind, tenderly wrapped in conceptual categories that are no longer useful for discerning the contemporary world, not understanding that in it also soldiers are called to preserve peace .

They do it by working more often than not "far" from home, just as the carabiniere and the policeman intervenes "outside" the home, because in a globalized and interconnected world security is a fragile product, to be preserved wherever it is jeopardized.

Not understanding this means losing an important part of the current cognitive framework and not rendering good service to one's community. Pastoral too.

I have been reading you with curiosity for some time. You deal with matters of which I believe few can really understand something at ...
4281
Read