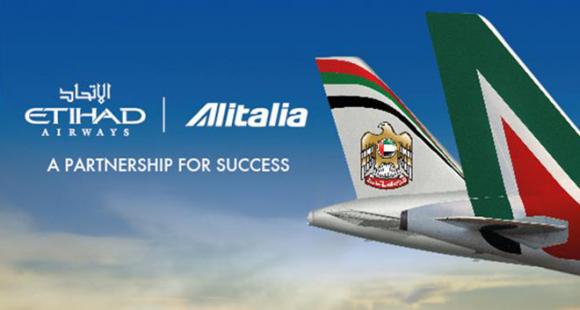 It was the title of a film by Nanni Loy, whose plot was as follows: two brothers trying to buy two expensive stolen cameras under the table from street vendors, they come paccheggiati three times in a few minutes, receiving bricks every time for money.

And I spontaneously came back to my mind when this morning I received from a friend who works in Ethiad the letter he received from their CEO who basically says that after the acquisition of some European airlines, a downsizing is now necessary with cuts in personnel, by virtue of a reverse performance to what was hoped for.

Some readers may therefore doubt that I have sent a letter to the wrong magazine, because you are dealing with Defense and this story has nothing to do with the military environment. In part the doubt can be legitimate, but in my opinion the Defense has a point in common with certain companies of national caliber: both being STRATEGIC activities. In fact, a nation can be neutralized and subjugated in two ways: by preventing it from having a military defense system, or by seizing its high-level entrepreneurial ability.

Just this second case is, in my opinion, that of Alitalia and that brings us back to Ethiad.

Of course: Alitalia is in good company. There are quite a few national strategic companies that have become foreign-owned (not to mention all but two).

"Pack, double pack and counter-pack", then.

PACKAGE: there is probably something even earlier than what I am about to say, but my memory does not go beyond the time of Umberto Nordio and IRI. Who took the "package"? Taxpayers (obviously).

"DOUBLE PACKAGE": I remember a certain "bridging loan" made by the Berlusconi government to save Alitalia. I am not sure what meaning is given to Rome (understood as Montecitorio and Quirinale), but the Dizionario Garzanti to the word "loan" gives this meaning: sum of money obtained or granted for a fixed period of time, with a commitment to repay the debtor, with or without interest>> So to return. And the question arises: has it ever been returned? The feeling is therefore that once again the "package" (indeed, the "double package") if the taxpayers have taken it again.

"COUNTERPACK": Did the Ethiad take it? But I miss the cabbage! If they are taking it for the third time (after all there's no two without three>>) tax payers. An article today from "La Stampa" (v.articolo) already says in the title that the usual banks (including one that does not exactly sail in serene waters) are ready to intervene. So sooner or later a nice decree saves banks with taxpayers' money and they don't talk about it anymore.

If so, the title chosen by Nanni Loy should be updated, however, because this time it will also be up to taxpayers to take the "DOUBLE (or TRIPLE) COUNTERPACK"!

What do you mean ? Well everyone knows the history of Renzi's Airbus A340-500, because it's over all media. In a TV interview, before the referendum I heard the former prime minister convince journalist Marco Damilano of his choice, because according to him, in the institutional journeys of a premier there could be a following of hundreds of entrepreneurs to open new ones opportunity for our country. True, but in its place I would have used a B767 already in force with the Air Force, or at least I would have rented an aircraft and following the best practices at the moment. But I'm just a tax payer and not a premier.

Instead, and to return to the subject, to the current date I have not yet heard anyone make the consideration on the fact that the rent of that airplane to be paid to Ethiad, multiplied by the residual life of that same unsellable jewel gives for total a significant amount that arouses great interest when compared with what had to be pulled out of Ethiad to take Alitalia home and a famous manager often ridiculed by Crozza.

So, if my reasoning is not wrong, who in Italy pays the "Contropaccotto" tax if it is already taking it, since that rental fee and its "intercontinental four-engine" operating costs are paid with public money. If then there will be a future decree saving banks (70 years of Alitalia's history show that it can only be a pit of debts) there is also the "DOUBLE COUNTER-COAT"

Having said that, I apologize for having "invaded" the military camp and I hope you will not be disappointed if I sign myself solely as "A tax payer", but in this country those who say things as they are go to a bad end.

And I, like over a hundred others, am already a victim of the explosion of various "packages" all delivered together by Alitalia. If you want to deepen this theme too read here.

One of the main lessons learned from the war in Ukraine is the need to enhance vehicle protection ...
8778
Read

The Ukrainian crisis and the consequent possibility of the involvement of the Italian Army in a high-level conflict ...
8584
Read

Good day. I read, always with pleasure, Online Defense. I take the liberty of offering a very small contribution, I hope ...
13254
Read