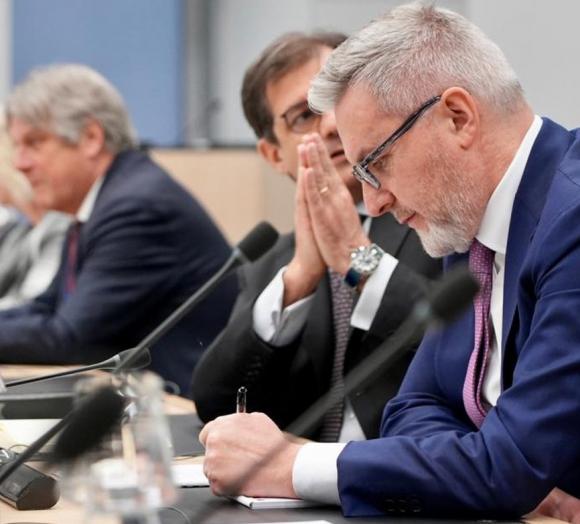 I believe that the one announced in the title is a dilemma that all the military who for decades have trained, practiced and even participated in the missions planned and conducted by the Atlantic Alliance have posed themselves at least once in their professional career.

The older ones will have already considered it since the dissolution of the former Soviet Union, in 1991. Up to that date, in fact, being part of armed forces belonging to NATO meant having at least very clear who the enemy was: we had to defend ourselves from a attack by the Soviet bloc represented by Russia and the countries of the so-called Warsaw Pact.

The principle of collective defense, of even disarming simplicity, was based on the fact that an attack on one of its members is equivalent to an attack on all. The existence of such a treaty (to which most of the Western European states adhered right away) unquestionably contributed to the relative maintenance of world peace by acting as a counterweight to the threatening presence of the Red Army of the former communist empire.

I specified "relative" maintenance of world peace, since the two superpowers ended up confronting themselves militarily in neutral camps, scattered over the various continents between Indochina, South America, the Caribbean, Africa and the Middle East (the infamous proxy wars).

Being part of such a demanding Alliance has also allowed the adhering European states not to fall back into those centuries-old conflicts that have characterized decades of European disputes and, probably, of hatreds that have never subsided and are ready to explode again at the first opportunity.

Despite the initial failure of the European Defense Community (EDC), the subsequent troubled path towards the European Union, in addition to consolidating commercial and diplomatic relations between the various adhering countries, to the extent of encouraging its enlargement to twenty-seven, has certainly contributed to consolidate peacekeeping in the warlike "old continent".

Good. Now, however, I believe it is legitimate to ask ourselves whether an Alliance conceived in a historical context and in a completely different geopolitical scenario from the present still makes sense to exist and, even if so, in what terms and methods it is appropriate to maintain it.

NATO, as stated on its official website, promotes the democratic values and its activity must encourage members to collaborate on defense, security and with the goal of preventing conflicts. So many beautiful words of which, however, I take the liberty of contesting both the achievement and the pursuit of the good intentions made explicit. Let's go in order and start with the first, perhaps the most resounding of the statements: NATO is promoting democratic values. Such a pompously enigmatic statement can mean anything and everything.

Who can say with absolute certainty what democratic values ​​are? Or, can the promotion of these values ​​be the prerogative and peculiar characteristic of those who have the exclusive right to belong to this alliance? I do not think that promoting democratic values ​​can be a distinctive feature, unless someone shows me that Sweden or Finland (which are not part of NATO) are not democratic countries.

Now let's move on to the second less bombastic statement: encourage NATO members to collaborate with the aim of preventing conflicts.

Let me understand: does the paradigm of world defense, the strongest and longest-running military alliance in history, push its member states to prevent conflicts? And since when? And I, who thought it was written NATO but read United States, was I wrong then?

Can anyone tell me what conflicts have been prevented by NATO? Certainly not that of 1994, in Bosnia Herzegovina, with the "Deliberate Force" operation with which NATO unleashed an air military campaign made up of intense bombardments with 400 fighter-bombers (mostly taken off from our bases in Aviano and Istrana) and 5000 soldiers of 15 nations. And not even in 1999, when with the “Allied Force” operation NATO unleashed another air war against Milosevic's Yugoslavia. Moreover, on that occasion a dangerous precedent was inaugurated as it was the first time that NATO used military force without UN approval.

Still on the subject of conflict prevention, we want to mention the intervention in Afghanistan, in which the treaty was stretched to art. 5 to legitimize the intervention of the NATO countries that came to the aid of the United States by declaring war on international terrorism. And the United States - after twenty years of war - then thanked their allies (who in the meantime had paid a very high tribute of blood) by organizing a daring escape without even warning them.

Mind you, the writer is not against NATO and does not even suffer from repressed anti-Americanism. Italy, like the rest of Europe, cannot be hypocritical and fail to recognize that the Atlantic Alliance's main objective was to exploit the war potential of the United States to guarantee itself an umbrella under which to shelter. And this is how it worked for many years of peaceful coexistence with the powerful ally who, in the meantime, delighted in playing the policeman of the world, intervening where he best believed and, above all, where it suited him most. And Europe was fine with that as well, as long as the troubles were as far away from its borders as possible. But now the conflict in Ukraine has suddenly opened everyone's eyes and makes us look at NATO under a different profile and, perhaps, with even conflicting feelings.

The crucial question after more than a month of war is whether a US traction alliance is still needed when a conflict risks escalating precisely because of the inability or unwillingness to prevent and defuse the conflict itself? Certainly the European chancelleries have been beating around the bush without taking initiatives worthy of that term, but, for their part, the United States has done nothing but add fuel to the fire.

And then the question arises: are we sure that the interests of the United States are the same as those of European allies?

Pending the classic "sentence of posterity", I would have a proposal. The one in Ukraine, let it be called war od special operation, is a war confrontation that concerns the continent of Europe, in its broadest and most inclusive sense of Russia itself. Russia is part of the history of Europe and the most common mistake that can be made when referring to that immense country is to consider it a foreign body.

Historically, Russia has always been an active protagonist of European affairs. It marked the decline of the Napoleonic empire and, a century later, that of the Third Reich. All invasion attempts, in the modern age with Napoleon and contemporary with Hitler, then turned into enormous defeats (this alone would be enough to make those who want to send tanks to Ukraine think about it).

Hence the proposal: take a lesson from history and organize a serious collective defense among those belonging to the same continent. Then, relations between neighboring countries intensify without each time flexing the muscles (even if not even their own) of NATO.

If Europe cares about itself, start counting on its own means and earn military credibility with a credible foreign and defense policy without fancy flights.

Who knows what with these simple assumptions the conflict, perhaps, would not even exist today ...

Debates on foreign policy and the closely related military policy are rare in the national press....
2978
Read

Crime news events generally arouse an interest commensurate with either the importance of the protagonists or the prominence...
886
Read

A plane crash is always a tragedy in front of which one never remains indifferent. So, in the last 3 ...
1152
Read

In 2021, news appeared of a study program underway to revitalize the special wagon line on mechanics ...
19412
Read

The sending of weapons to Ukraine by the Italian remained shrouded in mystery, after the list of materials of the ...
6912
Read

In the mid-90s the Italian Air Force found itself in the need to urgently replace the ...
16767
Read

Although the war in Ukraine is still ongoing and the propaganda of the opposing sides manages to hide many ...
10742
Read

Since its establishment the Italian Army has been divided into two groups of forces, those fighting (...
8978
Read

The comparative examination of the weapon systems of our three armed forces reveals a serious imbalance. While the ...
7280
Read

One of the most urgent programs for the renewal of the equipment supplied to the Italian Army is that ...
28981
Read