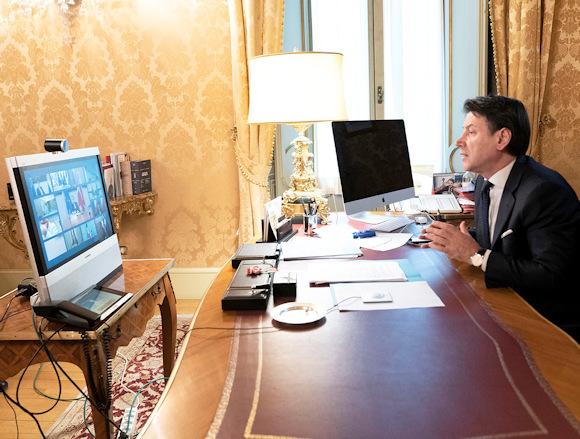 In 1993, a film directed by Clint Eastwood was released in theaters; he achieved a remarkable success which confirmed the talent of an actor who had fascinated Sergio Leone for his slowedness. Title: “A perfect world "; if you want, a philosophical oxymoron on celluloid: who can see it. Simple texture, perfect brush strokes, lots of content to think about. We will be back; just keep in mind a small flash: it speaks of a utopian world that cannot exist because it distorts the simplistic division between guilty and innocent.

Now add the awkward Anglo-Saxon practice of Lessons Learned and dovrebbe thorn the decision-maker's chair once we have had the returns of the actions taken, but that with us, thanks to the petroleum proximity of a celestial branch attentive to fashions, communication and communicators of impact but little to the fighter every day, is systematically forgotten as a function of labile and falsely miraculous convergences, which make us rediscover the flag and hymn, both ready for the next segregation, once the fear has passed (perhaps). So for some from macro to micro; for us, from the stars to the lowest stables.

Full bitter old stil in Europeanist sauce, the Italian decision-maker has decided childishly and with annoyance, to dismiss the troublesome thought of a containment of the viral wave: and down spritz, ideological proclamations biologically ignored by the virus but brought to television in front of conductors witty sitting on comfortable benches . Too bad that the dead could not accept the salacious boutade of the enlightened of nothing, too busy giving the alarmist jerk to the virologist on duty.

Lezione 1: it is not enough to be whispered by improvisational prompts great brothers Winston Churchill's sentences to rise to the statesman dimension; easier to make teachers in the exam session. First Discovery of Hot Water: people are rightly afraid, and even inmates make their voices heard, certainly more listened to than those of custodial agents, more inmates than prisoners; The riots break out, there are dead, Italy, the one sung from the balconies, is broadcast worldwide as revolutionary Mexico.

Lesson 2: it is not enough to take on the role of a dj Fofò whatever to be a good Minister of Justice, it would take something more. Although it has been claimed that patient zero arrived from Germany, we got the avalanche of guano, and partly also rightly: preventive containment was not set up, throwing everything in the most classic racket, and also exposing the operators in the front line to the public pillory, with the NAS Carabinieri grotesquely in the hospitals designated by the political authority; the obvious consequences were the brotherly official Dutch positions, together with the observations of an English doctor (graduated from the university of the cheerful surgeon), against whom the Farnesina reeled; we are in the country where, if there is an earthquake, it is the seismologist's fault.

Lesson 3: il nomen (Hope) a minister doesn't always mirror the numen protector, as well as having frequent contacts of commercial exchange of alcoholic and non-alcoholic drinks on the stands of a stadium, does not qualify for foreign policy, a policy which has also shown that when there is a risk of skin, Europeanism goes to the attic and there remains. The definition of populism, provided by a well-known senator, is pathetic in response to the criticisms brought to the indifference of Brussels and to the beatings thrown behind him by the President of the ECB. Italy, and soon all of Europe, will be under preventive quarantine and from return; oh yes, because not to continue die we will have to close the borders to those who have taught us lessons and only now face our darkest hours. Will we be able to? The doubts in this regard are very strong, given that the ports remain open, and swarms of migrants swarm over the territory, often coming from countries that, ironically, have closed their borders.

Lesson 4: Foreign, domestic and health ministers are urgently needed, which have not been seen for days. They are afraid? We too. We come to a very delicate button, which we will step on vigorously: Military, Law Enforcement, Doctors. The real populist and forcaiola current, over the years, adding education, has demolished a system that worked, but that required specific requirements, not least having studied and deserved, a concept that involves sacrifice classisttherefore to be quashed. Better i pacifiers, the better the chaos, the better the googolists who, finally, in their antivaccinism, have given everyone the rich spoiler of a world without health protection. Happy? We said: Uniforms and Overalls; now it seems that they are needed, because at the end of the lane and on the street they go there, in the face of the fool cultural antidote1 offered by those who sit sardinescently in the warmth waiting to resurrect outside, together with the other paid protesters of the Nice weather. The problem with uniforms and gowns is that things prevented them, and you do them write well, especially if they are uncomfortable and dangerous; but anyway. Better to cut Healthcare and Defense rather than review the budget items outgoing, aimed at supporting demagogic expenses; better remove (here you populistically) 5 rifles2 to award a prize that promotes votes, rather than listening to those who asked for means to deal with similar events. The professional conspiracy theorist, the one who finds the most idiotic coincidences even in going to buy bread, is suspicious of NATO exercises and the preparation of the US FFAA for the calamitous events. Guys, there are those who think about it first, and there are those who live in Toyland, forgetting what happens to the boys turned there into donkeys. Now, however, Medici and Military serve: but how strange life is, they are even banned extraordinary competitions for hiring hitherto banned. Fear huh? So the fool with the stars must obey, not thecultural antidote.

Lesson 5: il social of a nation cannot be subjected to external evaluations, and it would take a little more humility and preparation and less unsolicited speeches in parliament. Preparation, study .. tiring stuff .. and who does it take? Who, at this moment, is able to filter the news that circulates and is published in the newspapers in the carlona? To a large extent we are gods happy functional illiteratestherefore unable to understand and evaluate information; to sum up: we happily drink everything, like the Navigli spritz, as long as the football championship is played. That the virus came from China is beyond doubt; that it has long been concealed with severe punishment for doctors who attempted to publicize the emergency is equally true; that now in Italy a regime is being sanctified that has caused deaths, economic collapse and that does not give anything, it is like imbeciles, there is no escape, imbecility corroborated by the relaunch of declarations issued long ago by the Russian President about political openings to Italy.

Lesson 6: but there is someone, apart from the incompetent great brothers, who knows something about cognitive war and counterinformation? It does not seem, also because it is not clear that there is the risk of giving the nation to the meal sharks of the globalist economy.

Lesson 7: we are not in perfect world more on recalled, but we have the duty to look to the after, to believe that there will be a better tomorrow. We must have the courage to choose, not to be enchanted anymore, to look at the concrete without stupid and inconclusive ideological frills. Italy has a lot, a lot, and nothing to envy to countries that, not having a modicum of resilience and tricolor skills, crowd the cannabis markets but not the pharmacies. Do you know about nationalist? And who cares, but it is so; if we can now hope to get back on our feet after the little punch we have taken, it is only because we have qualities that others do not have, and we must be proud of it, but with the humility to feel like the Italians of '45. The people of the ignorant, of the indifferent, of the apericena, of the idiot proclamations, can no longer have citizenship, we no longer have time; it's about our nation, it's about our children.

1 "The antidote to be found is certainly scientific but us let us try to carry on a cultural antidote, necessary in this moment of media panic"So at the Adnkronos the coordination 6000 Sardine explains the" #Nonfarticontagiare "campaign, launched in recent weeks. A campaign" against #disinformation "which underlines that"the only useful mask is that of #culture"

2 Speech given by the PdC during the visit to the Citadel of Peace in Rondine (Arezzo): "We renounce the purchase of 5 rifles to support your initiatives - he announced - It was not an easy thing". Below: "the defense's objection was: Eh, but there will be 5 of our without rifles and I replied: okay, it will mean that they will go to the rear to talk about peace". The PdC did not forget to thank "the Minister of Defense, Elisabetta Trenta, because she immediately understood the importance of the initiative", underlining her lack of opposition.

Dear Director, we have read the article entitled "We sell ships to Egypt ... but our Navy is sinking ...
4440
Read

On Sunday 11 October a friend left us, com.te Aldo Locatelli. In just over a month he would have completed his ...
1427
Read

Dear Director, I have enormous respect for Senator Liliana Segre. However, listening to the echo of his recent speech ...
1502
Read

The glories of the centenary of the end of the Great War are over, speeches and ceremonies are no longer the order of ...
985
Read

An indisputable assumption is that the publication of news is subject to more or less evident manipulations; it's a fact ...
2845
Read

In recent weeks, due to a sudden flare-up of tensions on the borders between the Republic of Armenia and ...
980
Read

Immediately after the report on Basibazza's foiba broadcast by the RAI news on 15 July, as soon as the images faded ...
4262
Read

Good morning Italy ... First of all I ask you to excuse this situation ... Like many of you I appreciate well-being ...
3150
Read