Home Recommended Letters to the Director Scandalous letter from Libya: still there ...

Scandalous letter from Libya: they still want it! 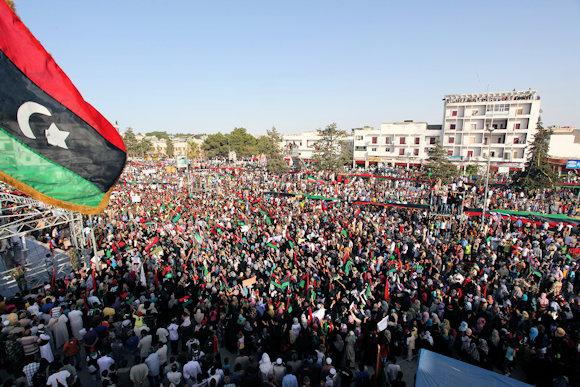 In Libya you cry because everything is always worse.

After the war of the 2011, that is yet another operation of exportation of the freedom that already centuries ago South America knew well and that the great Freemason Mason named Simon Bolivar in a moment of lucidity confirmed only the exportation of misery from the United States, Libya is experiencing one of its darkest periods, even if the media only get testimonies of the few rich that from a coffee table in the center of Tripoli repeat that everything is fine ... It's all right for them!

Libya is run by corrupt politicians without balls, puppets in the hands of puppeteers who have the power of money or weapons in their hands.

The attention of the media is focused on migrants, that poor people suffer, but to which no one has asked them to embark on a journey to Europe, no one has forced them.

And then, who are these migrants?

They all escape from the war? Are we sure? Or are they adventurers who have cleaned up their families' pockets with the promise of sending money easily earned by prostituting or selling drugs in Europe? 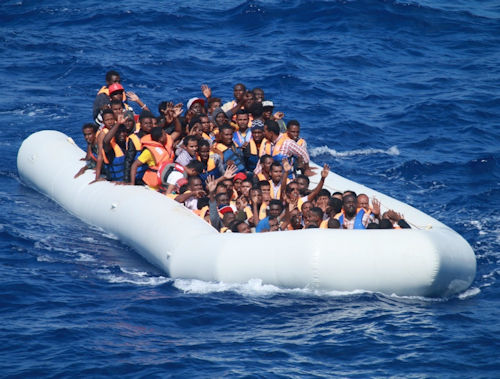 You only look at the side of the migrants, treated very badly, they say. Here it is known how much the Africans are liars: at least they have a roof over their heads, 3 meals a free day and a smartphone in hand that we Libyans dream of.

They are expensed by our government ... a government that can not feed its people. We, the Libyans, ask ourselves how we can take the trouble to live these adventurers who want to go to Europe just to make an easy life.

Yes, because it is good to know, here in Libya families are starving but the international NGOs are only concerned with the status of these "poor migrants" !!!

Why are the media not talking about the prices of basic necessities that are prohibitive here in Libya?

To give you an example if one takes a state salary of 600 dinars a month, how does he pay 7 dinari a liter of milk? !!!

The state consortium called Fondo Stability Prices, with which the Gaddafi government bought flour, sugar, oil, and other food and sold them to families by splitting the cost (1 sack of 50 kg of flour, it cost 5 dinari!) portfolio and therefore it is now inactive. This is for the happiness of all those importers who are now millionaires and buy at the bank exchange of 1 euro = 1,8 Libyan dinars and then resell at high prices with the excuse that the black market 1 euro costs 8,5 Libyan dinars.

The banks say they do not have cash: to have 200 or 300 dinari FOR THE MONTH people have to sit down days of queues, under the sun, all indistinctly: elderly and women included. 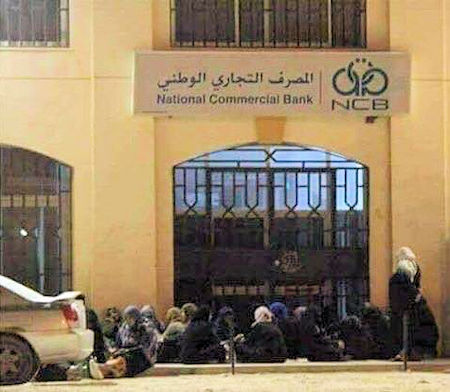 If you do not want to queue and maybe you need more than 500 dinars a month, to change a check, if you're a pretty girl you prostitute yourself with the banker who at the end like a magician finds all the money you want, or you change it in the black market paying a commission of 30 or 40%: with a check from 1000 dinari they give you 600 dinari cash.

And who holds the black market? Gold market traders and importing millionaires colluded with the Tripoli banks and the Ben Garden / Tunisia mobsters. In fact, it is not clear why there are no cash in the bank in Tripoli, while the Mediana gold market has packed suitcases and the Ras Jedir and Ben Garden in Cambodia bangs on the face bribes of Libyan dinars as soon as you cross the border!

On the employment front, the private companies present in Libya are only national ones, given that foreign companies have been away for years and are struggling to return. The private sector is very small and is the only one that guarantees decent salaries.

Security in Tripolitania is an option, as it is managed by the former militia that with the UN approval have worn the jacket of the Police or the Guards despite the many skeletons in the closet and the high rate of ignorance. Behind the facade of the Tribunal of Tripoli, people who do not pay bribes are held hostage!

People who are thought to be able to pay are taken and brought before prosecutors and judges, who confirm their imprisonment in the name of fake causes, until the desperate people find the money to pay a bribe and then be released. If you do not pay, you're years in jail! 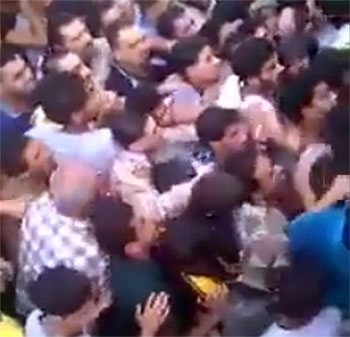 What the millionaires from a coffee shop in the center of Tripoli do not tell the international media is that in the streets there are women and children asking for alms, they stand in front of the butchers to ask for a bone to be able to make their children's soup , relatives kidnap each other to ask for ransom as soon as they see that one of them has a few thousand dinars more, fathers of families desperate and willing to do anything to bring home something to eat for their children.

And it is said that in this hell, the Libyan people, everything, is what has always been ideologically loyal to Gaddafi that the victim of Western media brainwashing, ALL THE LIBYAN PEOPLE today regrets the Gheddaf period: everyone had to eat, no one asked for alms and security and cleanliness reigned in the streets.

But since Gaddafi is now dead and buried, we manage to go further in time. We regret the period of the Italians, when Libya was clean, in order, the children went to school, real schools, people worked and ate and began to learn about retirement.

The media do not say that if a referendum was held in Libya (verbally, given that illiteracy was back high) and you had to choose between: a new head, a parliament or an Italian commissioner (and not "European" mind you well , because we feel brothers of you Italians and not those braggarers of the French, nor those who feel the masters of the world as the Germans, let alone the English double-dealers or the infamous American warmongers) would surely win the Italian commissioner!

In 6 years of freedom we have experienced only one: that of starving or "free" firearms.

For heaven's sake, not that Italian politicians are the best, but I'm sure that if your politicians were better known in Libya, they would still be accepted because they could never be worse than ours.

From Libya there is a cry that nobody wants to gather: Italians, come back to Libya or there will be trouble for the whole of Europe! Or maybe someone really wants this?

Dear overseas reader, I decided to publish your letter because it is the umpteenth testimony of a feeling common to many of your compatriots: the nostalgia for Italy. An estimate that every time I receive a letter from Libya leaves me confused, incredulous. This is because the "memory" of the coveted Italy I fear is too old and / or prohibited in my democratic country.

We did not behave like brothers to you. I have known generals (many) who have pointed out that it is a mistake to consider IL TRADIMENTO what happened the 8 September of '43: the real national shame was for them to watch helpless attack unjustified (if not in the bales invented by many media) to a country that we should / could protect. This then - worse - assist accomplices to the military, institutional and social devastation of Libya. All "lending" our face to others on a stage where everyone continued and continue to work behind the scenes.

Not that 100 years ago were better then, we have always been "Italian". But at least we were free to be such, for better or for worse. After all, even today (Afghanistan, Iraq, Lebanon) as then (Somalia, Libya) we invest huge resources without the slightest certainty of having a return.

I always remember - with an inevitable smile - when an Italian military contingent in China, before the second world war, was seen with distrust especially by the Japanese allies: "Why such presence without interest? !!!" - they wondered.

We are Italians, a generous and heartfelt people. Distant heirs of people - if we talk about 2.000 years ago - even badass. Is not it that you have a memory of us too remote?

I have been reading you with curiosity for some time. You deal with matters of which I believe few can really understand something at ...
4290
Read

Dear Director, We have read the article entitled "We sell ships to Egypt ... but our Navy is sinking ...
5038
Read