Home Recommended Letters to the Director Letter to Online Defense on new developments ... 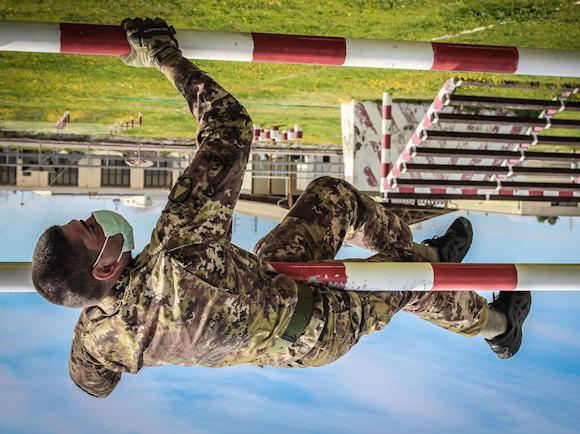 Since its establishment the Italian Army has been divided into two groups of forces, those fighting (infantry, cavalry, artillery and genius) and services, intended to ensure the life, supplies and war efficiency of the troops. The latter included: transport, health and veterinary, administration and police station, broadcasting, chemical service, etc.

After the Second World War, this traditional subdivision began to be subverted, both for the introduction of new corps, such as light aviation, and for the elevation of others from the rank of specialty to that of weapon or even, in the case of the carabinieri, from weapon to armed force. These modifications have been determined both by technological development, which has made available to the ground forces of new systems (such as helicopters or electronic warfare devices), and by questionable reasons of prestige. Thus we witnessed the constitution of the transmission weapon (1997), already a specialty of that of the genius, and of the transport and materials weapon for transformation of the automotive body. These measures, variously justified from a technical-tactical and use point of view, were decided mainly in order to give more prestige and greater importance to the body / specialty and to better guarantee its specificities. In this way, then and above all, greater development and career opportunities were allowed for officers, in particular the general ones who lived with frustration the support / service role traditionally assigned to transmissions and transport.

Substantial innovations have also been introduced in the organic field, such as the establishment of the RISTA-EW brigade (2004), which was then transformed into tactical information (BIT), of the logistics brigade, born in 1997 and suppressed in 2013, and the passage of the “Friuli” aircraft brigade under the command of the Army Aviation Command (AVES).

Almost all the capabilities of the Armed Force in the field of battlefield surveillance, in-depth target acquisition and electronic warfare are concentrated in the BIT. The first two capabilities have been partially subtracted from the artillery weapon that manages the counterfire radars Arthur ma not the reconnaissance drones, which are exclusive to the transmission weapon commanded by the 41st “Cordenons” regiment framed in the BIT of Anzio.

The role of the BIT has been further enhanced with its recent qualification as a large multi-domain maneuvering unit, which seems to foreshadow the transformation of the transmission weapon into a combat weapon!

Even in the sector of infiltrating personnel behind enemy lines for the acquisition of information and the tracking of targets, the transmissions are in competition, this time, with the special forces, both having their own units at regimental level (regiment of humint information search and 185th RAO “Folgore” paratroopers regiment, part of the artillery until 2002).

Another order distortion was the creation of the logistic projection brigade, commanded by a general of the transport and materials weapon, which had centralized almost all the logistic regiments (as many as 8) of the armed force, also subtracted from the basic weapon brigades. This had contravened the main lesson learned in the field of orders of the Second World War which had seen the divisions enter the war without logistic organs, whose supply had to be guaranteed by the army corps with the flow of supplies from back to front.

The experience of the first battles in North Africa against the British led, already in 1941, to permanently assign a department of intendency to each motorized and armored division and to reverse the flow of supplies from front to back.

The constitution of the engineering brigade, which took place in 2020, is also open to criticism both for the dislocation of the dependent departments dispersed between Emilia and Lazio, and for the impossibility of its unitary use. It would have been better to assign the 6th pioneers to the “Granatieri di Sardegna” brigade, which does not have a genius component, and to leave the bridging and railway regiments in the role played for decades of specialized support to large complex units.

Evidently the instances of the engineers to have a great unity too had the upper hand over the logical and traditional criteria of the staff.

Even the AVES, after having managed to escape the embrace of the cavalry, returning an autonomous body within a few years (1999-2003), has recently had its "sop" to be able to dispose of a maneuvering brigade, the already cited "Friuli", with the danger of seeing a large part of the efficient helicopter component assigned to this large unit in a privileged way, to the detriment of the priority needs of mobility and vertical transport of the rest of the army.

In the field of order, it would be necessary to refer to the thought of General Enrico Cosenz, first Army Chief of Staff, who wrote in the essay One hundred tactics topics: “It is necessary to react against the tendency to constantly reshuffle the military systems and against the mania for reforms with the spirit of doing better, but precisely by preventing, with interminable mutations, that this is better born and affirmed. The organization of the army must be touched as little as possible, but what is important is to ensure that it is educated better and better. [...] It is also necessary to react against the spirit of imitation of the experiences of others, which has often prevailed, in many countries and in certain periods, in military reforms, with manifest damage to the traditions, tendencies and needs, which are proper to each people and each army. " 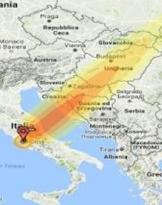 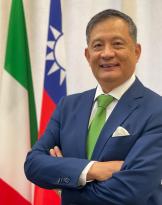 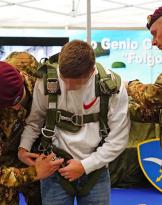 With the bill on the mini naia, announced by the president of the Senate, the aim is to restore the lever, but in...
2992
Read

In 2021, news appeared of a study program underway to revitalize the special wagon line on mechanics ...
20446
Read

The sending of weapons to Ukraine by the Italian remained shrouded in mystery, after the list of materials of the ...
9065
Read

In the mid-90s the Italian Air Force found itself in the need to urgently replace the ...
17417
Read