Home Recommended Letters to the Director Letter to Online Defense: "We are at ... 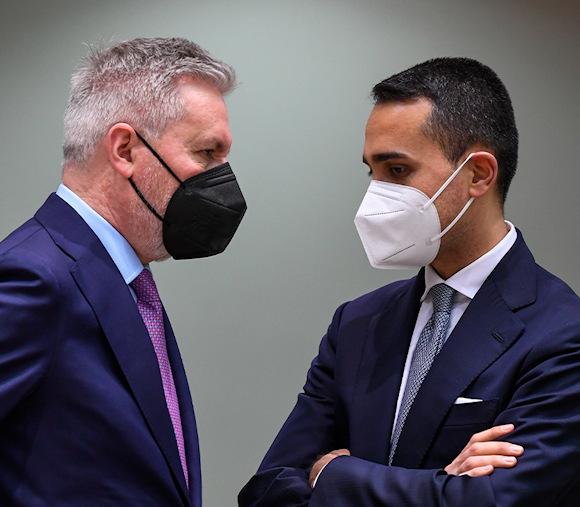 Here we go again. Faced with the great moments in history, which often come unexpectedly, the Italian Army once again finds itself unprepared.

It had already happened in 1915 and in 1940 and it is repeating itself today. To a lesser extent it also happened in 1990 when the allies asked us for a contribution of troops to be sent against Iraq. The request had been for an armored brigade to be deployed in the Arabian desert. But the "Aries" with its M60A1 and VCC1, conscript personnel and scarce NBC defense equipment, was deemed unprepared, so nothing came of it. The contribution made by the Italian Army to the Gulf War was thus limited to the loan of several dozen ATC81 carrier complexes.

Digging into history, it does not seem useless to recall the conditions of the Royal Army on the eve of the intervention in the two world wars. Luigi Cadorna's Army found itself serving the aftermath of the Giolitti period, in which the pacifist and anti-militarist propaganda had annihilated the consciences and morale of the military, which the victorious as well as ephemeral Libyan enterprise of 1911-1912 he had certainly not been able to recover. The intensive use in public order, culminating in the sad days of Milan in 1898 and in the capture of a general by the rioters during the red week of the 1914, had alienated the sympathies of the people towards the military, already criticized for the serious defeats suffered in 1866 in Custoza and Lissa and in Adua in 1896.

The rampant antimilitarism in the country, fomented by socialists, anarchists and clericals, not opposed by governments, had determined a hostile climate in the country towards military spending, judged unproductive and more generally towards the armed forces that had lost credibility and consensus popular. The commissions of inquiry into the Army and the Navy, the attempt to dissolve the Staff Corps, the creation of the Army Committee, chaired by the Prime Minister, had all been initiatives that had seriously damaged authority and prestige. of the vertices of Viale XX Settembre.

And suddenly the Great War came, which caused Italy more than 700 million deaths and injuries and an incalculable debt for the state. Despite the efforts made in the period of neutrality, the Royal Army entered the countryside with a ridiculous number of machine guns, heavy artillery, airplanes and hand grenades, which were precisely the weapons that were most needed in trench warfare.

In 1940 the same thing happened. Despite the bombastic war propaganda of the Fascist government, the Royal Army found itself absolutely unprepared to conduct a modern war of movement, having only 100 tanks, artillery dating back almost all to the First World War and above all with scarce equipment of vehicles and radio equipment. The attempt to compensate for the technological delay of the armaments supplied with the number of men and their fighting spirit was paid dearly. Serious defeats were remedied not only against the British and the Russians, but also against forces worse off than us, such as the Greek and Yugoslav partisans, due to the poor training, classification, logistical organization and professional preparation of cadres.

Even today the situation of the Italian Army in the face of a possible use in operations is no better than that of 1915 and 1940. There are insufficient means in terms of tanks and combat vehicles for the tracked infantry to set up an armored or mechanized brigade capable of confronting the Russian army. Apart from being very small, the Ariete and Dardo park lacks respectful parts.

An armored brigade based on Arrow and Centaur could be deployed, even in this case, however, with various shortcomings in terms of mortar support vehicles, counter-tank missile launchers, anti-aircraft systems, support of the engineers, etc. The Freccia and Centauro, as well as the Lince and the BV206S, which can be pierced by heavy machine guns and at the mercy of any type of counter-tank rocket launcher, are lightly protected vehicles that in situations of high intensity conventional warfare such as the one fought in Ukraine could face losses. ruinous.

Italy and its Army are today suffering decades of unpredictability and laxity in the field of defense. The mistakes made in recent years, especially thanks to political forces, are many: the extensive and repeated use over time in territorial control operations, as a public security force, which has taken away time and money from combat training; the excessive organic reduction, so much so that today the carabinieri have a much higher strength; the poor management of the recruitment of volunteers which led to an excessive aging of the troop; the priority of the defense budget given to the needs of the Navy and the Air Force; the attempted introduction of the military union; the diversification of the psycho-physical requirements for the recruitment of female and male personnel; the introduction of working hours, which seriously damages the operations of each department; the increasing use of foreign orders for weapons and equipment, including those with low technological content such as mortars and portable rocket launchers, which have reduced national defense industries to bankruptcy; the squandering of funds in high-tech programs that have had a poor operational return (CATRIN, NEC force, etc.); the lack of shooting ranges on the national territory, which forces the armed force to train abroad; dilapidated barracks, too numerous and often far from training areas; the loss of prestige of the leaders of the army who had to sell important seats such as those of commander of the carabinieri, of the Guardia di Finanza, of general secretary of the Supreme Defense Council; the excessive emphasis given in the propaganda field to dual and peaceful tasks; etc.

It is still possible for a long time to enumerate the moral and material evils of the Italian Army, which can hardly be resolved in a short time. At the moment it is only to be hoped that the army will be employed in dissuasive and non-operational tasks.