Home Recommended Letters to the Director Letter to Online Defense: "The Eser ... 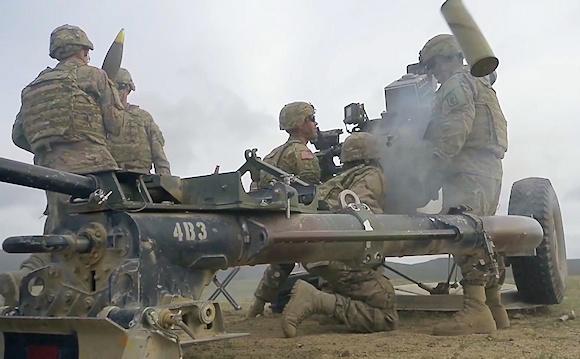 The Ukrainian crisis and the consequent possibility of the involvement of the Italian Army in a high-intensity conflict have made the problem of the combat capabilities of the operational departments forcefully return to topicality.

Actually on this issue there has been no serious debate so far, implying that the Armed Forces would be ready to face the new threat. But is it really true?

In another intervention the numerous critical issues of the Italian Army in the field of armaments supplied; here we want to talk about another crucial topic, that oftraining, which historically is, together with logistics, one of the weaknesses of our ground forces.

In the two world wars the enemy and allied armies, with a common factor, have always shown the good momentum and daring of the Italian units, especially in the offensive, which however were not normally supported by fighting techniques adequate for the times. Basically, soldiers and officers, inferior and superior, were courageous and did not hesitate to expose themselves on the battlefield, but they did not know modern combat criteria, such as, for example, inter-weapon cooperation. Worse was the judgment on the top management and on the professional training of the general officers. After all, the worst Italian defeats, such as Custoza, Adua, Caporetto, the attack on Greece in 1940, etc. they are attributable more to the errors and the unpredictability of the high commands than to the poor performance of the departments.

Coming to today, many believe that with the professionalization of the instrument the atavistic problems of the poor combat training of the troops have been solved by magic.

Going deeper into the question, however, it emerges that the brigadier generals, even those of the reserve, they have never commanded a large elementary unit in the field, in training with the troops. The last major maneuvers at brigade level, such as the NATO “Display determination” exercises, date back to the XNUMXs and XNUMXs.

An attempt has been made to fill this gap by resorting to war games, exercises with cadres, simulations at specialized centers, but doubts remain about the generals' command abilities in operations. The problem of experimentation and validation in the field of the preparation of cadres also afflicts senior officers.

How many regimental colonel commanders and battalion lieutenant colonels have had the opportunity to lead a tactical group in a fire drill or even just in white? I assume, unfortunately, very few and for those lucky enough to do so it was a more unique than rare experience.

This critical situation is essentially due to two factors: the scarcity of economic resources dedicated to training and the lack of polygons on the national territory.

While for carrying out the shooting lessons with small arms, we have equipped ourselves with indoor shooting ranges obtained in the barracks, for the use of heavy weapons there are no shooting ranges of sufficient width to contain the so-called bell for the evacuation of artillery and missiles. . The Italian shooting ranges in which war or short-range training ammunition can be fired with medium-caliber guns, as is known, are few and generally with serious limitations relating to the season of use and the type of weapons allowed to be used. . The use of field simulators can improve the situation but not solve it.

In recent years, the use of foreign polygons has been used, but this profitable activity can only be occasional, given the high expense costs. Participations in NATO exercises abroad, recently significantly increased, have certainly had excellent repercussions on the training level, but the reduced number of personnel employed (generally a platoon or a company), prevents the generalization of the experiences learned in these international contexts.

Not insignificant gaps also exist in the training activity in inhabited centers, in night combat and in wooded areas. These criticalities appear particularly serious precisely in the light of the experiences in the current war scenarios, such as the Syrian and Ukrainian ones.

We conclude with another provocative but certainly not strange question, given the lessons learned in the war in Ukraine: How many tank crews have ever fired 120mm war rounds? Or how many trained in urban combat? Or to cooperation in a nocturnal environment with the infantry?

A plane crash is always a tragedy in front of which one never remains indifferent. So, in the last 3 ...
1094
Read

In 2021, news appeared of a study program underway to revitalize the special wagon line on mechanics ...
19318
Read

The sending of weapons to Ukraine by the Italian remained shrouded in mystery, after the list of materials of the ...
6744
Read

In the mid-90s the Italian Air Force found itself in the need to urgently replace the ...
16733
Read

Although the war in Ukraine is still ongoing and the propaganda of the opposing sides manages to hide many ...
10703
Read

Since its establishment the Italian Army has been divided into two groups of forces, those fighting (...
8960
Read

The comparative examination of the weapon systems of our three armed forces reveals a serious imbalance. While the ...
7242
Read

One of the most urgent programs for the renewal of the equipment supplied to the Italian Army is that ...
28892
Read

As is known, NATO was born (pass the tongue twister) in 1949 as a mutual defense organization between Belgium, Canada, ...
4364
Read

One of the main lessons learned from the war in Ukraine is the need to enhance vehicle protection ...
15315
Read