Home Recommended Letters to the Director Letter to Online Defense: "The choice of ... 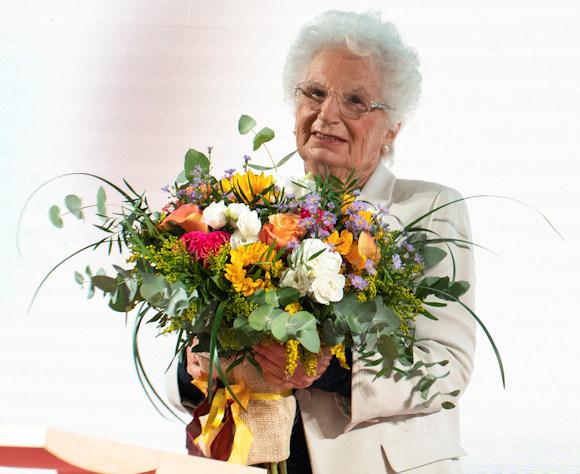 Dear Director, I have enormous respect for Senator Liliana Segre. However, hearing the echo of his recent farewell speech, something caught my attention. Not the memory of the infamous racial laws or the hypocrisy of the "friends" of before and after. Not even the description of "non-life" in Auschwitz, the madness, the barbarism, the pain, and not even the inability to forgive, which I personally share.

He was listening to his closing sentence: "After the long death march, the day of liberation had now arrived: a guard in front of us, threw down his uniform and gun, wore civilian clothes, was afraid. His gun was there. , close at hand. I could have picked her up and shot him. It seemed like a fair ending. But I didn't. I wouldn't have been like my killer. And from that moment on, choosing life, I became that free woman I've lived with so far ". Here.

So I found myself thinking of those boys who threw themselves into Normandy on the night of June 6, '44 and those who landed on the beaches that same morning, also of the Russian tankers and infantry who, advancing, liberated the very camp where the little girl was Liliana Segre, and who died by the millions fighting and killing those German tormentors who imprisoned her, tortured her, who killed her, who, however, thanks to those Soviet boys "without choice" then ran away from her.

Those boys, as mentioned, were not granted any choice, and that they did not even ask to do: they were simply ordered to fight and kill, without hesitation, without thinking about the after, without even explaining that their life, assuming it was continued, it would then change forever.

But it was thanks to their "non choice" that today we can listen with respect to Liliana Segre's story and warning. Those boys killed in order to allow them to make a choice, any choice, then, millions of women and men, their children and grandchildren, without thinking about the fact that years later someone during a public speech, a history lesson, yes remember them, of what they gave without asking, and without choosing, doing what he was told to do, what had to be done, because that's how it is.

It was called and still is called "doing one's duty". Without it being even only a duty, perhaps dignified, to remember to thank them.

Senator Segre should remember that in that precise moment the choice she decided to make towards the life, hers and also that of her Nazi tormentors on the run, who refused to take them away by picking up that gun, was made possible by those Russian boys. , Americans, English and many others who had the courage to fight and kill those of his executioners and torturers, and who in doing so died by the millions, in turn.

They were not angels, they never thought of being so nor of being recognized as such afterwards: they were only men who did what had to be done, hoping to be able to return one day to live their lives. This should never be forgotten, because then it is useful when there are to be put back together and in order the memories that make up the story, as coherently as possible, something that for many, too many years has not been done in this country, perhaps on purpose.

Without them I don't know how and where the words of all the women that Liliana Segre was then echoed today: the Jewish child, the prisoner and then the free woman we heard, if it were not for that someone "without choice" entered the field where all the Liliana, those of before and after, had been sent to die, giving them the possibility to choose. All.

Throughout history the value of the Italian soldier has been immeasurable (and still is today). Numerous are ...
1307
Read

Geopolitics is a transversal discipline that rests on the foundations of mother materials; are brush strokes that ...
3658
Read

I have been reading you with curiosity for some time. You deal with matters of which I believe few can really understand something at ...
5063
Read

We live unconsciously in a bubble, where time flows at different speeds than usual, where ideals ...
1265
Read

Randolfo Pacciardi was a patriot and one of the fathers of the Italian Republic. Born in 1899, Tuscan and of humble origins. Until ...
934
Read

The Igea operation is the intervention plan implemented by the Ministry of Defense to increase the capacity ...
2527
Read

Mr. President, my name is Andrea Gaspardo, I am a geopolitical analyst based in Italy and, together with the editorial staff ...
5143
Read

Dear Director, We have read the article entitled "We sell ships to Egypt ... but our Navy is sinking ...
5230
Read

On Sunday 11 October a friend left us, com.te Aldo Locatelli. In just over a month he would have completed his ...
1751
Read