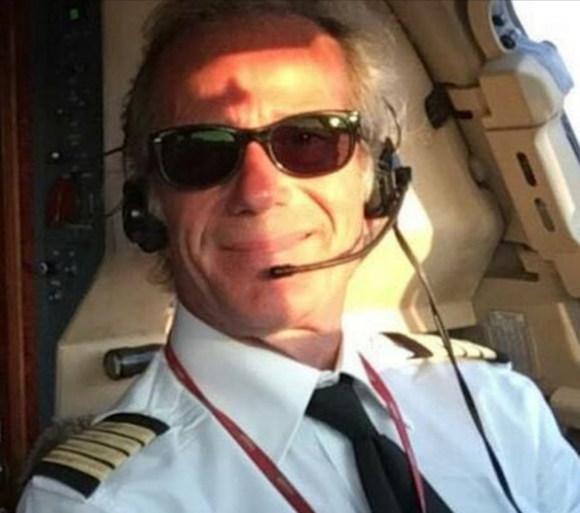 A plane crash is always a tragedy in front of which one never remains indifferent. Thus, in the last 3 days the media have given a lot of attention to what happened on Saturday morning in Foggia. Perhaps too much, since the morbid search for an audience even leads to the prevailing respect for the pain of a family that still does not know ... And then we read a lot about an entire family canceled, including two children, and a 118 doctor.

But of the pilots? I want to hope that they are not given the responsibility "regardless".

In that accident I lost a friend, whom I had not heard for a very long time, but who had left in me the memory of a simple, polite and modest person that one day I would find again with pleasure. So the years go by and then you read his name in the newspapers ...

I speak of commander Luigi Ippolito, and I am sorry not to be able to do the same for his co-pilot on that fatal flight, but I only know his name, Andrea Nardelli.

Given that the events to which I refer are really from many years ago and happened in a different professional experience from the one that led him to his last flight, Luigi was an experienced pilot, both with airplanes and helicopters and he was not one who had the road smoothed. He made sacrifices, conducted (and won) battles for flight safety, having to throw down more than a bitter morsel, before receiving the deserved success and returning home to Foggia.

When we talk about "expert driver" this is often synonymous with "daring", but this is not the case. His fixed thoughts were on his family and this, combined with the professionalism and experience gained, is enough to make us think of a prudent rider.

The human side, as perhaps can already transpire from what I wrote, was that of a person who was always available and who always put himself on the level of his interlocutor even when he could be superior.

The way I met you, what happened to you was an unfair fate, towards you and your family.

Blue skies to you too, Andrea and a lot of voice to your parents.

We have not met, but surely the last sentence I wrote for Luigi is also valid for you.

That's how it went ... One day maybe we will even understand what life wants to teach us, when things like this happen!

Debates on foreign policy and the closely related military policy are rare in the national press....
3965
Read

Crime news events generally arouse an interest commensurate with either the importance of the protagonists or the prominence...
944
Read

In 2021, news appeared of a study program underway to revitalize the special wagon line on mechanics ...
19469
Read

The sending of weapons to Ukraine by the Italian remained shrouded in mystery, after the list of materials of the ...
6992
Read

In the mid-90s the Italian Air Force found itself in the need to urgently replace the ...
16799
Read

Although the war in Ukraine is still ongoing and the propaganda of the opposing sides manages to hide many ...
10765
Read

Since its establishment the Italian Army has been divided into two groups of forces, those fighting (...
8989
Read

The comparative examination of the weapon systems of our three armed forces reveals a serious imbalance. While the ...
7296
Read

One of the most urgent programs for the renewal of the equipment supplied to the Italian Army is that ...
29085
Read

As is known, NATO was born (pass the tongue twister) in 1949 as a mutual defense organization between Belgium, Canada, ...
4413
Read