Home Recommended Letters to the Director Letter to Online Defense: "To understand ... 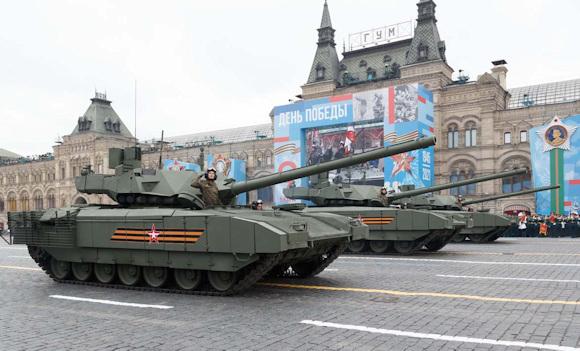 Good day. I read, always with pleasure, Online Defense. I take the liberty of offering a very small contribution, I hope it will be useful.

Since February 24, all the media have been talking about Ukraine, Russia and military operations. Traditional newspapers, but also all Talk Shows are flooded with thousands and thousands of opinions, reminiscent of the whirlwind of health experts at the time (not past) of Covid-19.
A common feature of all these interventions is the genuine amazement of Western experts at seeing an 'old style', vintage war.

I will not enter into the tactical-strategic judgment of military operations, I would just like to focus on an aspect that no one, even today, has faced: the conception of the Russian war that has matured since 1999.

After the collapse of the USSR, the Russian leadership had to face a strategic problem of immense importance, the sum of the USSR's resources (demographic and economic) were no longer available and the West had begun to advance east with its military instrument. NATO, as if that were not enough, the Caucasian periphery was always an open question.

Not having Russia the resources to simultaneously forge a modern conventional military instrument and at the same time maintain and modernize the nuclear arsenal, the historical Leninist question arose: what to do?

In some ways, Russia was lucky, the Islamist attack of XNUMX/XNUMX focused American attention on the threat from Bin Laden and related groups. This allowed Moscow to move with greater agility as it is no longer considered a strategic threat, having been reallocated by Washington, a regional 'extra'.

Not being under American pressure, however, did not solve the problem of how to manage the redesign of the Armed Forces, a task that had to take into account three elements: 1) demography 2) economy 3) geography. All elements that did not play in favor, but that could be improved over time.

We come to the T-14 Armata. When the tank was officially unveiled, Pentagon officials said the US Army no longer held the lead in armored vehicles. An interesting statement certainly, but the most interesting thing was the decision of the Russian government to slow down its production and to produce a limited quantity and to continue to keep the bulk of the armored forces on the old revised and modernized models.

In the West this was obviously read in an economic key: that is, Russia did not have the money to put the T-14 Armata model online, given its high cost, in the desired numbers.

Fair evaluation? Yes and no. Yes, if it is all based on money, no, if it is based on the strategic vision after August 6, 1945.

In the interview with Oliver Stone, President Putin outlines his vision and it is a very pragmatic vision, which can be summarized as follows: money must be spent where it really makes a difference not scattered in a thousand streams. In a nutshell, future global wars will begin or end anyway with the use of nuclear weapons, convention armament is to nuclear as the armor of medieval knights is to firearms, very beautiful, flashy, very expensive stuff, but substantially useless.

Hence the economic reasoning a T-14 Armata tank that costs X and on the battlefield has a limited duration as it remains a 'netralizable' object. Question is it convenient to spend a lot of money? Or it is better with the figure X to have 5 or 6 older generation tanks, modernized, but which require less maintenance and ultimately do the same support work as the T14 Armata, since on the battlefield the difference will be made by nuclear warheads tactics?

Military operations in Ukraine were skipped because the political and social premise was wrong: Ukrainian 'acceptance' of Russian thought and a substantial 'brotherhood' of the two peoples. Wrong view. In fact, Moscow was prepared more for a military 'parade' than for a war. Political error, but which absolutely does not change the strategic framework: the neutralization of Ukraine, which was thought to be done at cost 1 and instead it will be necessary to spend much more, 2,3,4,5 or perhaps more, but this is irrelevant from a strategic point of view. The result is needed and the result will be.

In war there is only one rule: to win. Violating this rule leads to results like Vietnam, Iraq or Afghanistan.
Once President Putin, during a meeting with the armaments factory workers, quoted a person from the past: "It is better to go too far than not far enough" (Iosif Vissarionovič Džugašvili aka Stalin).

This war or Special Military Operation, whatever you prefer, can only end in two ways: Moscow will win by getting what it wants and not what the West imagines, or it will start another World War. The West knows this, but pretends nothing has happened, not having the courage to announce to its Public Opinion that tomorrow may be double, but still painful, that is, in the first case, only radioactive dust, or, in the second case, having to admit that 1989 was just one episode in a much larger and more complex history, which is ongoing and far from over.

Conclusion: The conventional Russian Armed Forces were designed for a nuclear war scenario and only after that, the nuclear dust, of a conventional nature, was laid, where the technological differential naturally loses its operational value.

In Ukraine, we started with the conventional scenario but we are destined to arrive at the nuclear one if Washingon believes he can turn those lands into a second Afghan quagmire.

Debates on foreign policy and the closely related military policy are rare in the national press....
3412
Read

Crime news events generally arouse an interest commensurate with either the importance of the protagonists or the prominence...
906
Read

A plane crash is always a tragedy in front of which one never remains indifferent. So, in the last 3 ...
1157
Read

In 2021, news appeared of a study program underway to revitalize the special wagon line on mechanics ...
19424
Read

The sending of weapons to Ukraine by the Italian remained shrouded in mystery, after the list of materials of the ...
6927
Read

In the mid-90s the Italian Air Force found itself in the need to urgently replace the ...
16770
Read

Although the war in Ukraine is still ongoing and the propaganda of the opposing sides manages to hide many ...
10743
Read

Since its establishment the Italian Army has been divided into two groups of forces, those fighting (...
8981
Read

The comparative examination of the weapon systems of our three armed forces reveals a serious imbalance. While the ...
7284
Read

One of the most urgent programs for the renewal of the equipment supplied to the Italian Army is that ...
28994
Read