Home Recommended Letters to the Director Letter to the editor: Reply to "what ...

Letter to the director: Reply to "what is the Coast Guard doing on the high seas?" 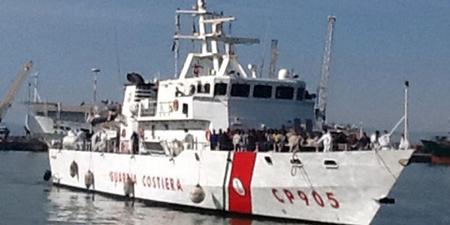 Dear Director, I am referring to the letter that was published on 6/3/2015 on your website by a certain Sebastian Nicci, referring to my person entitled "what is the Coast Guard doing on the high seas?".

He referred to a news agency that partially returned my thoughts.

I beg you to publish these words of mine and the complete declarations that follow by thanking the opportunity to reiterate that I have always appreciated the sacrifices of the Navy crews in this activity.

In fact in this regard I have expressed in the past the need for a specific law decree to allocate economic financing.

Allow me only to add that I am not the secret voice of the General Commander, but of my conscience and of the represented personnel. It is not my style to argue with honesty in the service of the armed force and the nation.

About twenty days have passed since the events occurred in the Sicily Channel with threats from armed smugglers towards our "Guardia Coste". The nationwide representatives of the Coast Guard, tired of the constant difficulties for staff to be protected under the physical and legal aspects, have applied for police status. Despite this, all the personnel represented are united in the praiseworthy rescue activity of shipwrecked and migrant. The Navy crews last 2014 carried out the commendable activity of "Mare Nostrum". This operation, according to the Navy leaders, also stopped the training activities that took place a few days ago with the "Mare Aperto" exercise. Today the facts are that the Coast Guard, in competition with the Merchant Marine and the Naval Units of the "Triton" operation and without the "Mare Nostrum" device, has already saved over 40% more shipwrecks than the same period of last year. This demonstrates the great professionalism of the staff who also performs the important tasks of administration of ports and police in 360 ° under special law.

Despite this, all the staff including the heroes of Lampedusa, in fact, rarely perceives overtime in the face of hundreds of hours in excess that perhaps will never recover because it is above all the moral sense that prevents us. You need staff that would cost very little. For example 200 "Guardia Coste" in more cost would only 4.000.000 of euro a year, or you could incorporate the redundancies of the Navy technical colleagues who will be put on the move following the "Di Paola law". It is hard to understand why many politicians advocate a recovery of "Mare Nostrum" despite the normal higher fuel and crew costs of war-suited ships, and do not think that for our economic "non-war" fleet would be much less .

But the most paradoxical thing is that, faced with the demonstration of so much capacity, the Renzi Government to give the impression of saving (about 20.000 euro a year) does not receive the apical degree the General Captain of the Coast Guard because he considers it only the Chief of a military Corps. If, in spite of all this, the Chief is treated in this way, what will happen to his staff? He does not remember instead that he is the actual Commander of 11.000 men and women of a Coast Guard who is unparalleled in the Mediterranean and of which Italy can not do without. In fact, with 8.000 kilometers of coastline, it is possible to guarantee, from an administrative and operational point of view, the security of ports, coasts and citizens and, therefore, the wealth and economic that goes and that comes to our nation.

In spite of this, the true wealth of which we feel as bearers, as well as all the military and police, is the honest service for the nation.