Home Recommended Letters to the Director The stars always in the thoughts and in the heart ... 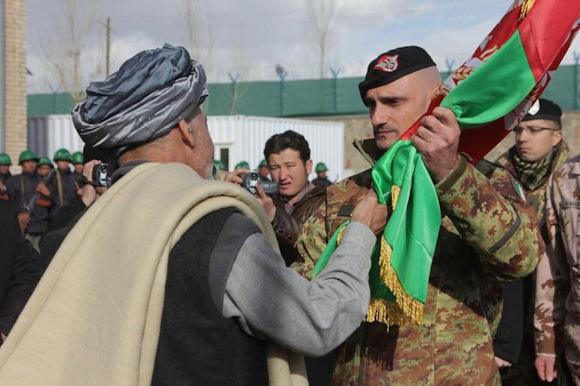 “In the field of the army and the like, we are notoriously poor and, when they call us to participate in missions abroad, then they entrust us with secondary roles, such as the one once assigned to Red Cross women. In fact, the Italian Constitution does not provide for our soldiers to take part in offensive battles, they are only allowed to protect themselves ". This is the opinion on the armed forces expressed in "Libero" of April 3 by Vittorio Feltri. And the mind flew to the numerous Italian soldiers who died in missions abroad from 2004 to today. The blood rushed to my head and reminded me of the phrase with which 23 years ago I ended my military career by resigning from the army: "... I can only refer to what General Cambronne said in Waterloo on June 18, 1815: Merde!"

What made me express in these colorful terms, resumed on 21 June 1997 by almost all national newspapers, was the Manconi-Paissan-Bertinotti-Anselmi proposal to dissolve the "Folgore" for the accusations (delayed and later proved to be unfounded) of a miserable man who in return accused of sexual violence some fellow soldiers who had worked in Somalia, in that mission in which the "Thunderbolt" had cried thirteen dead and a hundred injured.

All in all, the attitude of politics and the press towards the armed forces has not changed since then.

Given that "the role of the Red Cross women" from the First War onwards has always been to operate also at the forefront, the idea to talk about "secondary roles" is offered to me by the memory of one of the soldiers who fell in missions abroad: his name was Luca Sanna and I was linked by common origins: both born in the heart of Sardinia, in two villages a few kilometers away one from the other, he in Samugheo and me in Ortueri. In January 2011, when Luca was killed in Afghanistan, it was hard for the relatives to convince his father Antonio that it was worth surviving the death of his son, and I tried to be of help by promising Antonio to go to Bala Murghab, where the son was dead and there I would have left a handful of Samugheo earth.

The opportunity to keep the promise presented itself in the following December, when the president of Sardinia, Ugo Cappellacci, decided to bring the island's salute to the brigade Sassari engaged in Afghanistan. Although I had been retired for over ten years, I asked the president to "escort him" on his Afghan trip, and that was how I found myself resting once again the buttocks, as Feltri would write, on the uncomfortable seats of a C130. 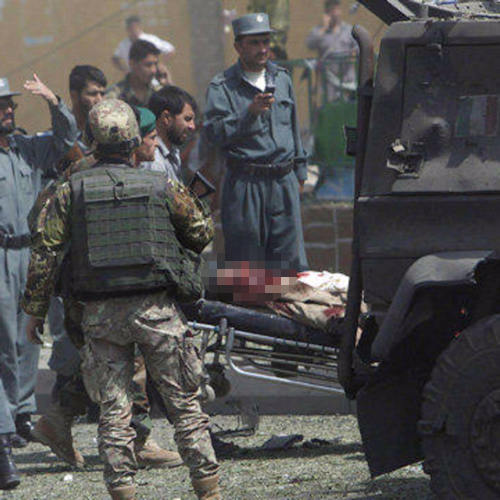 We landed in Herat in a climate of permanent alert: helmet and bulletproof vest worn and immediately departed from the plane ready to take off again.

We were welcomed by General Luciano Portolano who in addition to commanding the "Sassari" was the head of the RCW. After the customary briefing I entertained myself with Portolano and asked him how things had actually gone, there in Herat, on the occasion of the attack launched days before by the Taliban against the headquarters of a company engaged in the logistical support of the contingent; an episode on which the local press had been rather vague. Very briefly, Portolano told me that, as soon as he learned of the attack and told the group of civilian employees to barricade themselves in the strong room set up in the building, a team of soldiers convinced the Taliban to desist from their intention. The operation was very quick and effective and the aspiring martyrs realized their aspiration. There were no casualties among the 31 employees of the company.

Portolano hinted that in Italy it was not appreciated that certain aspects of our missions abroad were made public because the Italian soldier always had to appear in a feel-good version. From that chat and from the first day spent in the base I drew the certainty of the prestige that our soldiers enjoyed, whatever the local press thinks, among the soldiers of the eight nationalities that made up the contingent and of the palpable consideration that, first of all the Americans, nourished for the Italian commander, of whom I knew that those of the "Sassari" among them spoke of him as any commander would like. It was for this reason that at the end of the day I felt compelled to tell my successor in the command of Sassari; "You are worth more than me". A phrase that I, a fervent practitioner of the Decalogue in which Lamarmora preaches to the Bersaglieri “self-confidence to the point of presumption”, I had and never would have said to anyone else.

The next day, having crossed a chaotic Herat to reach the heliport, we took off for Bala Murghab aboard a Spanish helicopter. After a quarter of an hour of flight, doors wide open and machine gunner leaning into the void glued to the weapon, I noticed a certain commotion among the crew members, followed shortly after by the roar of a fighter that reared towards the sky a few meters from our helicopter.

Landed in Bala Murghab Portolano explained to me: the tip had arrived shortly before that along the helicopter's route a nucleus of good people was waiting for us equipped with surface-to-air missiles capable of leaving no way out for our helicopter. Alerted the American air base, a fighter had taken off with lightning speed and had convinced the group in ambush that there was no need to repeat, always for eternity, similar operations.

Arrived in Bala Murghab and scattered the handful of Sardinian soil at the point where Luca Sanna had been killed with a barrage of AK 47 by an Afghan guide with whom he had shared hours and hours of anti-Taliban patrol up to that day, we returned to Herat, in time to visit in the military hospital an Afghan soldier horribly wounded in the face and a child whose sweet smile of infinite sadness I will never forget. 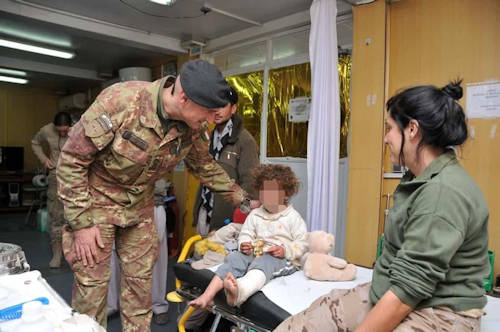 My arms fall out to compare these modest memories of mine with the most significant ones expressed on March 23 on Difesa Online by the soldier who had his say by hooking up with the well-known Vivaro incident, and to compare it all with the statement "When they call us to participate in missions abroad, they entrust us with secondary roles, such as etc etc ...".

Perhaps it would be useful that the journalists and politicians who wish an Italian soldier dedicated to good works in the role of longa manus of civil protection meditated on these notes and on the essence of being a soldier, as well as on the need to have credible armed forces, because everything is fine as long as it is not necessary to have one's political and military credibility weighed on international tables. But if politics and the press pursue the permanent involvement of the military in tasks pertaining to other ministries, we might as well abolish the stars, as was done 40 years ago for the police, also for the forces ... armed but not too much or even armed yes as long as not ...

The figure of the military health worker deserves a separate mention. It goes without saying that this version maximizes the idea of ​​emergency which justifies the adoption of extraordinary measures such as the limitation of individual freedoms, the postponement of elections and the control of information, favoring some problems and penalizing others, such as the absolute poverty of 5 million Italians, the revival of illegal immigration and the postponement of elections.

In short, one has the feeling that what the politician needs is above all the image of the combat suit that deals with tasks falling within the competence of others, but in this case the military must play the political game that requires to condition and convey information and manipulating numbers, censoring some and emphasizing others; perhaps necessary but incompatible with military ethics.

It goes without saying that as long as the attention and political consensus towards the stars remain the current ones, gray times lie ahead for the soldier. On the other hand, the people are all aware that the primary concern of the political class is to lose prematurely the citizenship income of parliamentary caliber that most politicians enjoy through the grace received. And it is equally significant that as long as the support of information translates into hoping for the immediate release of an officer who for 5.000 euros sold classified documents to a foreign agent ("an unworthy hoax", as Libero calls it), the soldier is tempted to share this wish. But yes, after all he was just a desperate man who needed money, because with four children and four (they say 4) dogs it is not easy to get by.

At this point: good luck Italy! 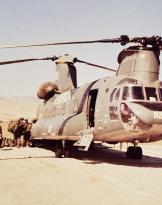 In keeping with my long years spent in uniform, I have always thought that the soldier's role is more than a job ...
14376
Read 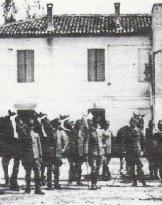 History or memory, this is the dilemma and you will want to apologize if we still abuse the acclaimed Shakespeare, but this question ...
1999
Read 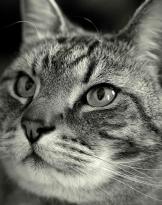 On 8 September 43 I was already in the afterlife, just arrived together with the 54 sailors of the submarine Velella, sunk the ...
4022
Read 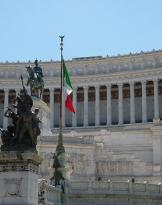 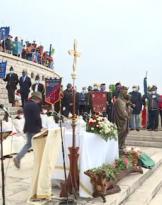 The no-vax / no-moral juxtaposition, in the meaning attributed by the Anglo-Saxon military to "moral" as a synonym for "...
1949
Read 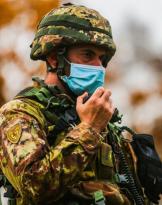 It may happen that if you meet the gaze of a soldier engaged in an activity of the varied dual use range, a ...
3452
Read

This in the photos is Genova Cavalleria. After a bit of laughter, some offense and why not, the inability and bad faith to ...
32549
Read

The wind of war is a restless wind, which carries with it a dust that blinds reason. The argument is one of those ...
3709
Read