The sacred art and the Paris attack 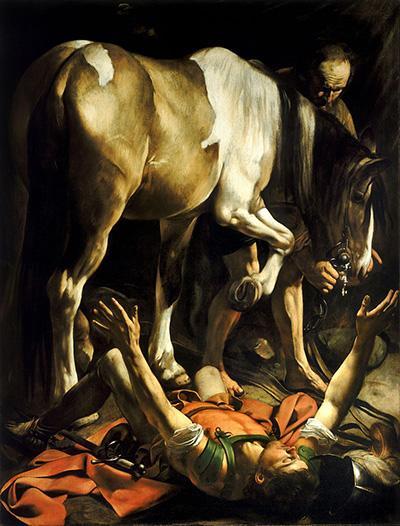 Sometimes the secret to know the present is hidden in art. Anyone who pauses to observe the work of Michelangelo Merisi, called Caravaggio, entitled "the conversion of St. Paul" cannot help but notice that nothing of Divine appears on the canvas while nourished by details.

The most secular of religious religious painters shows his feeling of faith and humanity in the light, it is there that Jesus Christ becomes epiphany (manifests nda) to the soldier Paul, it is with that contrast between the shadow that surrounds the bottom of the canvas and the imperious brightness on the face of Saul in the foreground that the artist suggests, but does not say the biblical phrase: "Paul, why do you persecute me!"

In these artistic details there is a link with the chronicle of these hours, with the Paris attack on the editorial office of Charlie Hebdo.

From the Renaissance, Christianity has embarked on a path of progressive transformation, from the faith of imposition to the faith of understanding. Caravaggio leaves to the individual admirer of the pictorial work the commitment to find God, almost to want to interpret the theological effort of the whole Christianity in wanting to overcome the physical dimension of a religion that at the time of the Crusades wanted to become politics to impose itself by force , with the violence of those who believe they are the depositary of the only truth.

The terrorists of Paris, those of New York, Madrid, London and of who knows where they are still people who live in the faith an illness and not a cure, bloody beasts that in the incivility of their falsely spiritual feeling conceal the total absence of human sensitivity. Then today what about: as long as the Islamic world does not find its own Caravaggio many people unfortunately will still have to die at the hands of this criminal fundamentalism.