Medicine for the world at war 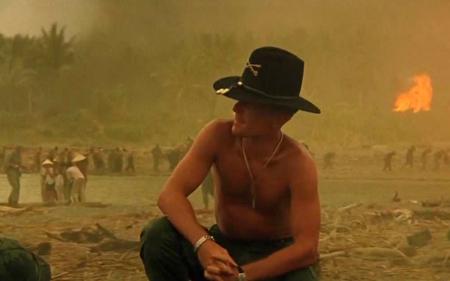 At least once in a lifetime we will have to question the will of our primary care physician, we should not do it, but we do it anyway.

In my - but I could also say our - restricted world studded with soldiers, politicians and experts of various kinds, a self-styled fashion is making its way, undermining the credibility of hundreds of analysts who for years - more or less - have been working seriously to bring a glimmer of knowledge in what are the dynamics of the Defense and Security Sector.

The so-called fashion in question is that of being able to resolve everything by putting a rifle in the Rambo way, reducing everything to a tug of war made of muscles and grenades. It doesn't matter if you are ignoring the laws - sometimes even those of human understanding - or if what is proposed as the medicine for the ills of the world is in reality a vulgar way to have their small quarter of an hour of camouflage pride on social networks, the important thing is to be able to vent the regret and resentment for something that is not going as it should go to which we try to give a childish and sometimes even dangerous explanation.

It is rather well known that Defense and Security in Italy have never enjoyed great consideration. Our country has had a bad relationship since time immemorial with the difficult concept of complying with the rules of common living, we do not like being told what we have to do but we are all ready to complain if something does not work.

In this chaos of complaints and improbable changes the voices of those who believe they have the medicine to solve the wars of the entire planet are raised, believing that the international life of a nation can be degraded to a mere power politics, which they think that the problems do not become ours until they touch us directly on the national territory. These are the subjects that undermine the ten-year work of hundreds and hundreds of people who daily try to find solutions and analyze problems that seem insurmountable.

From the international terrorism, passing through the complex and eternal struggle between security and economy, the analysts of the last hour are increasingly attracting an almost sci-fi number of followers, hoping for a false step of what the analyst's qualification had to sweat on the field.

As if politics and strategy were exact and perfect sciences, we are constantly proposing unworkable solutions, phantom and credit-free threats that are nourished by the sweet taste of sugar-only alarmism only by those - doctors of the world wars - who have found a solution sitting comfortably on the armchairs of the living room or at the bar with friends.

Not happy to take up guns and scourge the work of others, for the more intransigent fans is also ready a pleasant theater of conspiracy that inconveniencing sensitive fields such as economic and political, dear to the public, explain how much of the military and experts in in the sector have not been able to find the solutions they consider to be taken for granted.

Unfortunately there is not a single and unequivocal solution to the wars, terrorism and ugliness that every day we have to hear from newscasts and newspapers.

Beware, dear readers, from the doctors who tell you that a medicine works for all ills, do not settle for a quick diagnosis dictated by the desire to be a protagonist. Do not undermine the work of those who analyze and seek solutions in a scientific and rigorous way, which it does not stop at appearances and does not follow the currents, support young people - and the less young - who still want to find a real and viable solution.

"Peace is not the work of a single man, a party, a nation. There is no peace for large or small nations, peace is the fruit of cooperation throughout the world." Barack Obama