Home Recommended Letters to the Director Italy: hit and sunk 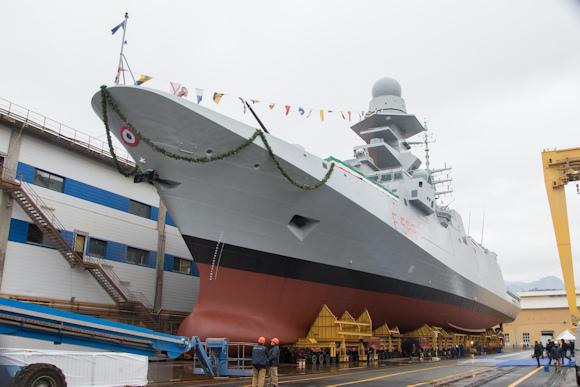 On what is happening lately Emile Zola would have tackled another J'accuse; here we don't mean to accuse, given that the actions committed are alone more than sufficient to stigmatize the current ruling class, but we will only try to give an objective image, not sweetened and without discounts of a bleak picture, where everyone loses and a nation (big word) it restores credibility for its own fault only.

We prefer to be abrasive rather than obsequious to a politically correct who, in his beatific obtuseness, fails to recognize the usefulness of health checks for those arriving from areas affected by epidemics.

The protagonist, once again, is the sea, this fantastic stranger, known (and not even to everyone) only for some television broadcast of a holiday fishing nature; two themes on shields: the possible transfer of two military ships to Egypt, and the definition of the Algerian EEZ. To decline it, few ideas; but considering that the ships are part of the latest generation outfits planned for the Navy, and that Algeria has acted unilaterally, connections and evaluations grow exponentially.

Let's start with the ships; despite being a country projected onto the sea, we do not openly deny its value, starting with a ruling class that does not have the slightest idea of ​​maritime power or national interest, because it is too busy looking at the navel in courtyard disputes. 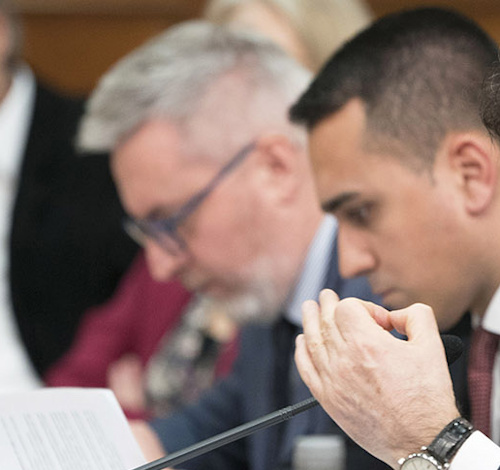 Only in a few haunted rooms does the enlarged Mediterranean be mentioned, but in reality without understanding much of it; drawn to the Levantine idea of ​​the gesticulating downward negotiation, we continue to look at the finger and never the moon, failing to understand the naval relevance for a country that in sea ​​e di sea ​​lives there.

Perhaps, before proceeding to many and questionable parliamentary initiatives, it would have been appropriate to carefully evaluate the work of those who were placed at the top points of the Ministries. If political decisions are made by virtue of preventive analyzes, there is no alternative: or the analysts are scarce, or the policy, detached from reality, it travels on those famous parallel convergences that by their nature lead to nothing.

The clear feeling is that the Navy has to pay, on the skin of its men, a certain number of open accounts, dating back to the De Giorgi era, a man who may not possess the gift of empathy, but that guaranteed the survival of his weapon.

How the Navy will now be able to fulfill its tasks, without the necessary rotation with newer means, remains unclear; perhaps it would take once more an Admiral Birindelli, a man who, on his own skin, for the good of the Navy, accepted the metaphorical streaks of a political class that was already inane at the time.

If the ships have become the object of a transaction useful to patch up the state coffers, then perhaps it would be appropriate to have the courage to remedy the damage caused by measures that, addressed to the indiscriminate payment of income, and already born with the chrism of the randomness, they showed all their amateur inadequacy.

Let us now dispel another doubt: the wonderful concept of interforce does not exist, it is pure crap, as demonstrated, to the detriment of MM, by the management of the F35, the exclusive prerogative of the AM even if perhaps in a naval version. To you guess the color of the uniform of who has decided; the rest must be noted: the Italian military mentality remained in the 30s, to Italo Balbo and to the aircraft carrier reaching out into the sea. 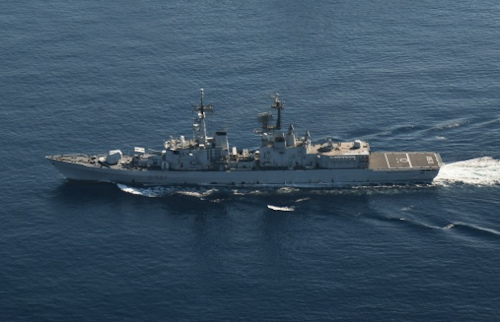 Let's go back to the ships, and especially to the crews. Guilty victim (as irresponsibly silent) of the organic reduction, due to the effect of spending review who have accounted for accountancy only of the numbers but not of the operations, the Navy does not have sufficient staff to fulfill its institutional duties; after having traveled for years on organic stocks resulting from numerically different recruitments, the Navy also arrived on banana day, in which someone found a worn and burning match in his hand.

Could it have been impossible to predict? I anticipate the answer: SURE IT IS. In the process of losing two new ships, there are those who could rejoice, because not forced to arm, with bitter difficulties, two crews, and with a fleet that is heavily affected by elderly vehicles that cannot guarantee, even if desired, particular safety.

Even the training of personnel, which has its inescapable cost, cannot be considered to be the same as that followed in other times: flight accidents, even fatal, and pernicious maneuvers on the dock should provide an indicator of the difficulties in which the 'Institution.

Next time you see the Navy Band parading, think about it for a moment: behind those beautiful uniforms Corto Maltese there are the sweat and blood of so many Sailors who, despite everything, still do their duty every day and night; the problem is to understand who cares, even if the question, purely rhetorical, already provides the answer: TO NOBODY, since we live in a country where even a photographer, albeit a cry, feels free to say, about the tragedy of the Morandi: but who do you want it to matter if a bridge falls? 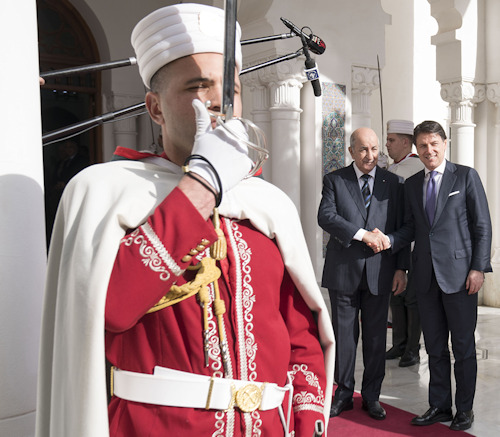 Let's move to higher shores: Parliament and assumptions of international law. Only after two years the Belpaese, which also celebrates the birth of political movements of a fish nature, does it notice that Algeria has redesigned, with its own act of empire, its EEZ.

We remain on the political aspects; although newspapers of Catholic orientation minimize the story with words and common sense as a sacrist, it remains the fact that for two years our country has in fact kept silent by writing only a few letters, to which the UN has not given an answer, and proposing time to embark on yet another round of tables and meetings that, if we had moved responsibly in time, they should not have been there.

But how to qualify a country that, despite the past years, still does not become the protagonist of the interpretation of international standards thanks to which it can safeguard its interest? Leaving aside the political coloring of the various successive governments guide of the country, who has ever really dealt with the problem?

There are those who still complain about the lack of governance of the sea, but do not offer proposable solutions, preferring to maintain an institutional, haughty and complex demeanor that nothing leverages and nothing puts, for goodness sake not even to try.

It would be nice to see a Birindelli, a healthy and efficient institution, of the representatives of that institution with the courage to speak honestly and harshly; it would be even more beautiful to find some politicians finally prepared, and not only ready for bureaucratic displays of sadness on government benches while reading (even stumbling) the typescript that he has in his hands; it would be desirable to find a country that has finally become an adult, which looks to the future with profit, and is not influenced by past events.

We have goodnight to Italy for Ligabue, so to stay on that ironic and mocking interpretation that Italians like so much .. "an Italy that must rest a little, there is a lot of sea to be on guard. "

In these days Italy is facing a serious crisis, which puts a strain on leadership and population under ...
3539
Read 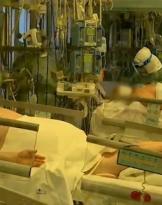 In reality, Reality has already started: many services sent by the main television networks project ...
525
Read 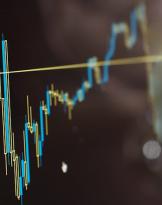 "These are severe measures, I am aware of it: staying at home, giving up rooted habits is not easy at all, but not ...
1484
Read 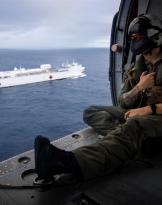 Letter to Online Defense from the USA: "China has proven to be a risk to the rest of the world"

Dear Online Defense readers, I am an Italian who has lived and worked in the United States for decades. I would like to share with ...
4808
Read 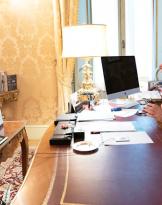 In 1993, a film directed by Clint Eastwood was released in theaters; he achieved a remarkable success which confirmed the talent of a ...
4703
Read 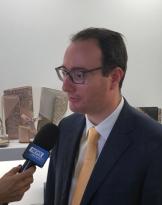 Who knows if thanks to Coronavirus we Italians will find the courage to turn to the other side ?? *

“In these days something very small has created an epochal world movement. We are retiring to do ...
3414
Read 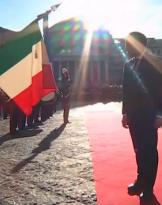 We will touch on a few topics, very few, because the current moment is such as not to allow pindaric flights, but you will see ...
7389
Read 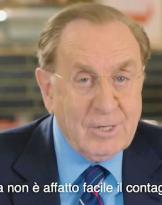 Letter to Online Defense: The government instead of resigning more than opportune resignation, asks for cohesion and solidarity ???

We are here again but not, of course, for pure Sunday hedonistic pleasure, but for the inexhaustible production ...
5893
Read 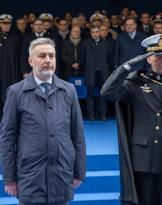 Sociologically Italy is a country full of ideas; those who study the history and evolution of the countries at their ...
1719
Read