Home Recommended Letters to the Director The active defense systems of the coraz ... 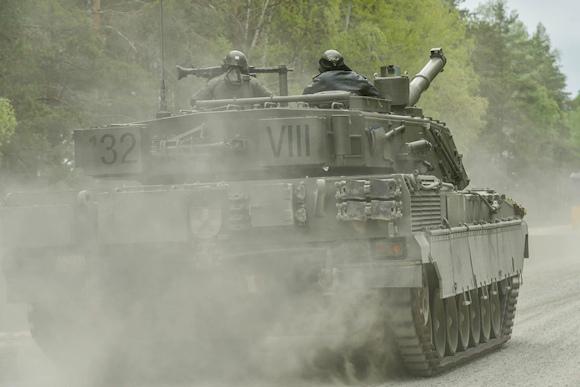 One of the main lessons learned from the war in Ukraine is the need to enhance the protection of armored vehicles in general and not just that of tanks. Already the Syrian conflict had raised serious doubts about the survivability of tanks on the modern battlefield. The severe losses suffered to the Turkish Leopard 2A4 destroyed by second generation wire-guided missiles type TOW and Konkurs they had made us think seriously.

The war in Ukraine, with the massacres of Russian-designed wagons by the Javelin and Western portable rocket launchers, has only confirmed the apprehensions of tankers about their operational capacity in modern high-medium intensity war scenarios.

Such perplexities are naturally also common to those of the mechanized infantry and exploration departments which are equipped with vehicles much less protected than battle chariots and therefore destined to suffer similar, if not greater, losses.

The threat of third generation missile systems launch and forget with attack profiles from above is truly deadly, like that of portable rocket launchers with double hollow charge in tandem or with thermobaric warheads. No less dangerous are the laser-guided or fiber-optic counter-tank missiles and also the latest generations of TOWs with enhanced warfare and attack capabilities from above, although of slower and more cumbersome use, retain a high lethality.

To worsen the situation, the killer drones or circulating ammunition intervened, which already in Nagorno-Karabakh had shown all their potential as anti-tank weapons, being able to hit targets from above in position or moving far beyond the horizon with absolute precision. These weapon systems have revolutionized land combat, resulting in economic, easy to use, long range, high destructive capabilities, constituting a valid alternative to attack helicopters and, in certain circumstances, also to artillery fire.

Against these threats the only way to allow armored formations to operate on the battlefield with a certain degree of safety is the generalized use of active protection systems, to be installed not only on all tanks but also on all types of vehicles. armored vehicle designed to operate in ballistic contact with the opponent. Practically all armored vehicles supplied to basic and cavalry weapon units should have such systems capable of sighting and hitting incoming missiles / rockets in flight with explosive ammunition.

The passive armor, even if of high thickness and of a special multilayer type, is no longer able by itself to guarantee the survival of the tanks, especially due to the difficulty of protecting the upper parts of the hull. Even the additional explosive type armor, widespread in the East, does not appear to be effective against more advanced missile systems. Even before the conflict between Russia and Ukraine, NATO's main armies had decided to buy for the protection of their own Abrams Books, Leopard-2, Challenger e Leclerc the active defense system trophy of Israeli conception. After the Ukrainian experience, an even greater diffusion of these systems is expected, so as to equip the tracked and rotated 8x8 infantry combat vehicles with them.

A practical solution has not yet emerged for self-defense against killer drones by tanks. There is the idea of ​​using radar / thermal chamber enslaved machine guns mounted on remote-controlled automated carriages on the top of the turret in operation anti loitering ammunition. Antidrone rocket launchers coupled to electronic disturbance devices are also being evaluated.

The Italian Army has not yet decided to resort to such active self-protection systems for armored vehicles. The wagon modernization program Ram (opening photo) does not provide for the adoption of the trophy or a similar system. Pure bus Centaur-2 (in the second photo, on the left) it is entering service without an active defense system. It should be noted that the wagon Ram, in line since 1996, does not have a particularly thick armor, resulting in a spaced type only on the front arch, and certainly lower than that of the western chariots of his time which were all equipped with multilayer composite armor, such as the Chobham. For use in Iraq, two different additional armor modules were acquired to be mounted externally to protect the front and partially the side. However, these are conventional passive protections that are not particularly sophisticated and leave the upper sector uncovered.

The situation is no better for the Centaur-2, whose ballistic steel armor was designed to stop only heavy machine gun fire.

Crime news events generally arouse an interest commensurate with either the importance of the protagonists or the prominence...
32
Read

A plane crash is always a tragedy in front of which one never remains indifferent. So, in the last 3 ...
1102
Read

In 2021, news appeared of a study program underway to revitalize the special wagon line on mechanics ...
19328
Read

The sending of weapons to Ukraine by the Italian remained shrouded in mystery, after the list of materials of the ...
6769
Read

In the mid-90s the Italian Air Force found itself in the need to urgently replace the ...
16737
Read

Although the war in Ukraine is still ongoing and the propaganda of the opposing sides manages to hide many ...
10707
Read

Since its establishment the Italian Army has been divided into two groups of forces, those fighting (...
8962
Read

The comparative examination of the weapon systems of our three armed forces reveals a serious imbalance. While the ...
7245
Read

One of the most urgent programs for the renewal of the equipment supplied to the Italian Army is that ...
28903
Read

As is known, NATO was born (pass the tongue twister) in 1949 as a mutual defense organization between Belgium, Canada, ...
4365
Read