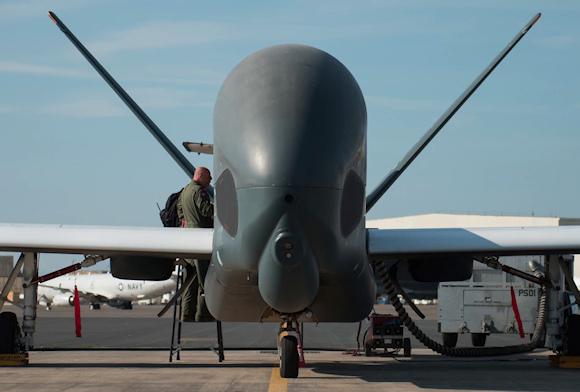 Although the war in Ukraine is still ongoing and the propaganda of the opposing sides manages to hide many truths, some lessons of an operational nature can already be drawn. In particular, the performance that emerged in the fighting of the various types of armaments is destined to influence the tactical criteria and the orders of the terrestrial instrument.

First of all, theimportance of battlefield surveillance and objective acquisition process. The competition of aircraft platforms for NATO and US electronic systems, such as the Global Hawk (opening photo), the E8 Joint Stars and others has made a difference in the confrontation between Russians and Ukrainians since the first day of the war.

The Russian Armed Forces clearly inferior in terms of airborne radars, satellites and reconnaissance drones have suffered a series of setbacks due in large part to the impossibility of obtaining the surprise through the offensive maneuver of their forces and the safety of the defensive device. The Ukrainian command, informed in real time of the movements of the Russian units and their exact location on the ground, was able to counter-maneuver and hit the opponent in his weakest points, massing in correspondence with the gaps in the Russian deployment.

The use of drones was decisive in both strategic and tactical fields in the identification of the attacking columns and the Russian logistic ganglia to the most remote rear lines and in the direction and control of the firing of missile systems and artillery guns. The full exploitation of the skies by not only the aerial and helicopter components, but also the drones and the circulating ammunition used at all order levels up to those of platoon / squad has revolutionized land combat, greatly reducing the role of cavalry in missions. reconnaissance and exploration. These can be carried out with much greater efficacy and safety than the armored vehicles of drones, which are also economical and easy to use systems, which have found diffusion in every weapon and combat specialty. 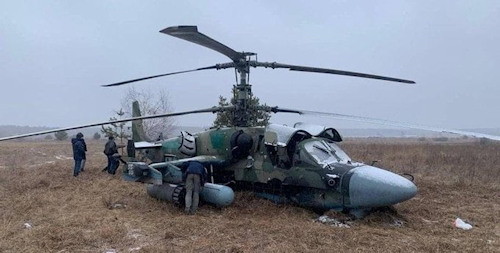 Another training was thehigh lethality of missile systems intended to combat aircraft, helicopters and armored vehicles. The Russian air force was almost paralyzed and also the freedom of maneuver of the armored complexes was greatly affected. In practice, on the modern battlefield only aircrafts and tanks equipped with adequate and updated electronic or active self-protection systems can operate profitably.

Even the artillery has rediscovered its essentiality, thanks to the fruitful use of surface-to-surface missiles and guided grenades, proving to be able to supplant close support and interdiction air missions in various contexts. Those who made the greatest expense of the increased effectiveness of artillery fire were the fixed paying targets, such as command posts, logistic centers, ammunition and fuel depots.

From these observations derive some general tactical instructions. To escape observation from above and avoid the identification of their forces by the opposing reconnaissance, all combat units will have to make greater use of their mobility, in order to continuously move on the battlefield and adopt deployments as diluted as possible and thinned out. This also and above all applies to the logistic bodies which will have to be mostly on wheels for the purpose of a greater ability to survive and adherence to the maneuver of the fighting forces.

Each infantry, cavalry, artillery and engineering department will have to have its own surveillance drones to ensure the safety and close defense of its device, as well as systems for the identification and killing of drones and ammunition electronic warfare for disturbing drone driving links.

The artillery and transmission departments framed at the level of maneuver brigade or support brigade will have to have long-range drones for the direction of the fire and control of the battlefield over a large area.

The genius component in favor of mobility will also have to be strengthened to allow the rapid restoration of road traffic through the laying of bridges and footbridges.

Since its establishment the Italian Army has been divided into two groups of forces, those fighting (...
8267
Read

The comparative examination of the weapon systems of our three armed forces reveals a serious imbalance. While the ...
6162
Read

One of the most urgent programs for the renewal of the equipment supplied to the Italian Army is that ...
26129
Read

As is known, NATO was born (pass the tongue twister) in 1949 as a mutual defense organization between Belgium, Canada, ...
3981
Read

One of the main lessons learned from the war in Ukraine is the need to enhance vehicle protection ...
14714
Read

The war in Ukraine saw the consecration of the drone as a fundamental and indispensable weapon system of the field ...
27530
Read

Perhaps guided by mysterious genetic messages I live the recurrences of May 24, June 2 and November 4 in ...
6552
Read

The 2 June of each year in Italy is celebrated the Republic, that is celebrating the form of state chosen by the citizens ...
2948
Read

The Leonardo Company (formerly Finmeccanica) is presenting its ...
3552
Read

The Ukrainian crisis and the consequent possibility of the involvement of the Italian Army in a high-level conflict ...
9458
Read