Home Recommended Letters to the Director Aid from Beijing and Moscow is really ... 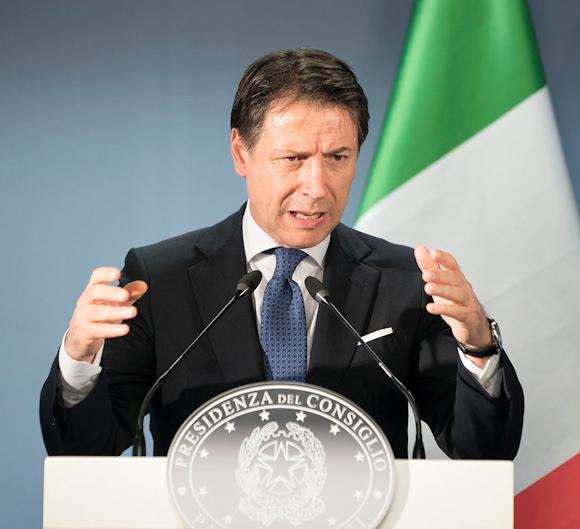 In these days Italy is facing a serious crisis, which puts a strain on leadership and population from multiple points of view (health, psychological, economic, just to name a few). In this situation in which the country's leadership appears understandably confused and the population is afraid of both their own health and, above all, their future, it may not be easy to clearly examine the events that very quickly fall upon us.

Two great powers that are not counted among our "historical allies" (meaning the countries of the Euro-Atlantic community as such) are willing to do their utmost to provide us with help. I state that any form of help is welcome and that it is always positive to open channels of dialogue with important "players" on an international level, as are, for different reasons, China and Russia. I am not a doctor and I cannot say how significant these aids can be from a health point of view. However, even if they were not health-related, they can be very relevant from a psychological point of view and, potentially, also in a future geo-political perspective.

Such "alien" aids take on even greater psychological significance because in the current situation our "traditional" allies are rightly or wrongly perceived by many as distant if not downright hostile.

Trump's foreign and economic policy has definitely moved the two sides of the Atlantic away, seriously compromising both NATO cohesion and US-EU relations. With regard to Italy, in particular, the imposition of duties on Italian products (for the problematic Boeing-Airbus, of which we were not a part) and, above all, the role of "big absentee" assumed by the USA in relation to various crises in the Enlarged Mediterranean that seriously impact our country (Libya primarily).

The EU is described by many as a modern one "Animal farm" where Germany and France would be "More equal than the others" and unfortunately it does not seem to enjoy great credibility in recent years. Without wishing to enter into the merits of the validity or not of such perceptions, the fact remains that they are now fairly rooted in Italy. 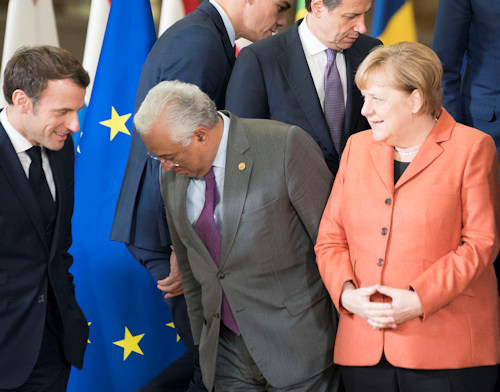 The different perspectives on economic policy and flexibility necessary to face crisis situations (without wanting to go into the merits of the different visions) risk compromising the spiritual bond of Italians with European institutions and with some of our major European partners, who are often perceived as members of the opposing team rather than ours.

Therefore, geo-political conditions are combined to make us perceive "traditional allies" as treacherous and hostile and psychological conditions that could make us overestimate the help that is generously offered to us by others. Certainly understandable reaction on the part man of the road, but less comprehensible if this vision was uncritically made even by the political leadership of the country.

Beijing is continuing its economic expansion at the turn of the "belt and road initiatives" (which we call the "new silk road") and Italy represents the "natural pier" of access to Europe. The Chinese interest in us is not new and the signing of a Memorandum of Understanding tangible confirmation between the two countries last March.

Obviously, China wants to make people forget that they are the nation where the pandemic began, trying to be accredited as a superpower whose health system can help others fight the disease. Well. Moreover, China is also a bulimic economic power that is probably already looking down on industrial groups and Italian excellence, foretelling how after the crisis they will be easy prey for those who (like Beijing) will have the ability to invest in a country that, at that point, will be much more in debt than it is today. In this regard, I doubt that we will be able to impose effective "golden power" when we have water in our throats. Golden power which, however, certainly cannot be applied to many pillars of our economy, from fashion to tourist infrastructure.

Moscow has long been pursuing a very assertive foreign policy and, in various crisis situations around the Mediterranean area, has been able to gain credit as a reliable and faithful "protector" of its allies (unlike the US!). Russia, rather than in the economic field, is imposing itself as a political-military reference point and power capable of acting as an arbiter in the management of international crises. It is clear that Moscow aspires to replace the US influence in the MENA (Middle East and North Africa), aided in this by the undulating and often distracted politics of Washington (and not only in the Trump era). At the same time, Moscow has an interest in undermining the cohesion of both NATO and the EU (which are its competitors, one militarily and the other economically). Italy is, at the same time, a member of the Alliance (historically among the most loyal), a founding member of the EU (where the third economic power still remains) and a "natural pier" projected towards North Africa (where Putin is consolidating its influence). 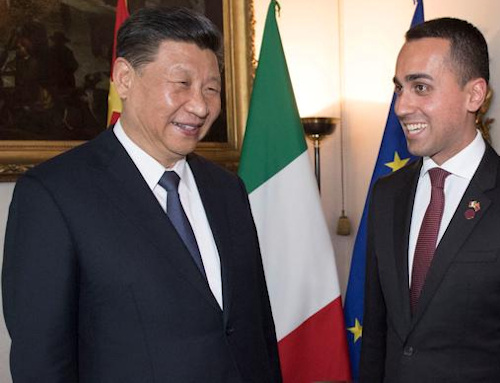 Even a slight loosening of the link between Rome and the US and / or the EU would in itself represent a geo-strategic success for Moscow, even without any formal Italian position in favor of Russia (for example by blocking the further extension of the EU sanctions).

Obviously, neither Moscow nor Beijing today would ask us anything. On the other hand, I would be surprised if in the future they did not try to leverage a possible feeling of gratitude gained towards them.

Then there is another aspect. Washington will not look favorably on this aid provided to Italy by two powers that are actually its "enemies". Nor will some European countries see them well. The EU may not be cohesive enough to "make us pay for it", but the US certainly would.

Obviously there are several ways to be a member of the EU and NATO and it is not necessary to be part of the "club" to be among the most loyal members (see Ankara's NATO behavior). Certainly, however, if you are not, you have to face the consequences (especially if you are "weak"). It will be said that NATO and the EU must both be rethought and renewed: the trans-Atlantic link is now worn out and even many "Europeanists" do not recognize themselves in today's EU. All true.

The fact remains that certain "selfless aid" from China and Russia can be interpreted as a "choice of field" on the international chessboard, unless they are counterbalanced by acts proving the solidity of our relationship with the US and EU.

Mind you, a choice of field tending to take a more autonomous position than Washington and Brussels would be more than legitimate, perhaps even appropriate, provided it was a truly conscious choice and all its long-term implications and consequences had been evaluated.

But are we sure it is so?

Dear Director, we have read the article entitled "We sell ships to Egypt ... but our Navy is sinking ...
4453
Read

On Sunday 11 October a friend left us, com.te Aldo Locatelli. In just over a month he would have completed his ...
1433
Read

Dear Director, I have enormous respect for Senator Liliana Segre. However, listening to the echo of his recent speech ...
1502
Read

The glories of the centenary of the end of the Great War are over, speeches and ceremonies are no longer the order of ...
985
Read

An indisputable assumption is that the publication of news is subject to more or less evident manipulations; it's a fact ...
2846
Read

In recent weeks, due to a sudden flare-up of tensions on the borders between the Republic of Armenia and ...
985
Read

Immediately after the report on Basibazza's foiba broadcast by the RAI news on 15 July, as soon as the images faded ...
4262
Read

Good morning Italy ... First of all I ask you to excuse this situation ... Like many of you I appreciate well-being ...
3150
Read