Home Recommended Letters to the Director How do I twist the concepts of "trop ​​... 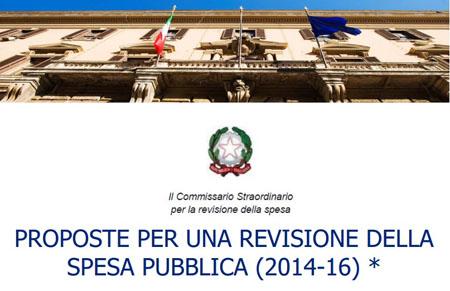 Spending review, slides, mission, with these and other terms the commissioner for the review of the expenses, dr. Cottarelli, has ruled that Italy is the nation of waste.

A closer look at the work carried out in recent months by the extraordinary commissioner, appointed by the government, appears mammoth, dozens of slides reproduce graphs and colored schemes full of statistics that "apparently" condemn the Italian public administration to a mandatory slimming diet.

It seems? But shouldn't condemnation be done and be certain?

Maybe it's not exactly like that. The reasons for what jurists, in a courtroom, would call a doubtful formula hover between the lines of the document presented to the government by the commissioning commissioner, but take on an embarrassing condition in the statistics concerning the relationship between the number of law enforcement officers and citizens.

The Eurostat data, used to impose the slimming diet on the security and defense sector, relating to the year 2012 (see sheet below), tells us that in Italy there are 466 members of the police force every 100.000 inhabitants. "Italy cursed wasteful , here are the parasites of public affairs, the inefficient public employees. "

Plan with the slogans, as one would say at the billiard table: "calm and chalk."

A well read the data arise a series of doubts and questions that perhaps the "experts" should have clarified in a serious way to prevent yet another graph to appear, to an inexperienced eye, a mere instrument of condemnation and ineffective work support.

First of all, it remains bashful to see Yugoslavia in the list of countries subject to analysis; but had it not disintegrated in the 1992?

To be fair it must be said that we find in the long list of countries also Slovenia, Croatia and Serbia, then we can think of a mistake, or the country mentioned could be the FYROM (Former Yugoslavia Republic of Macedonia nda). How much carelessness!

Another doubt arises in verifying that the list mixes community countries in a non-scientific way and not simply because they are located in what is geographically the old continent, but at this point it is not clear why the data is not produced only taking into account the Union 15 or 25.

Finally, we are puzzled by the fact that the chart makes no reference to the fact that Italy has, on its territory, the four most dangerous and richest criminal associations in the world and in proportion to this figure remains a mystery as our number never of guardians of the order is very close to that of Belgium, a country not really devastated by the mafias.

The considerations reported so far reveal some uncomfortable truths and in some respects embarrassing, a whole sector of security and defense, is perceived as a burden, like a dry branch to be pruned and to do this data are fired that appear to be thrown from the moon .

We returned to the Middle Ages when the total absence of medical knowledge led to the assumption of continuous bleeding for patients suffering from trivial influenza viruses.

Our age is an economic Middle Ages in which the Italian patient is subjected to forced blood samples to treat the now endemic and viral economic crisis, too bad that in these blood-sucking the antibodies necessary to protect democracy are lost, these valid white blood cells are the so reviled servants of the State framed in the ranks of the Police and Armed Forces, perhaps some political rethinking would be necessary. Andrea Pastore 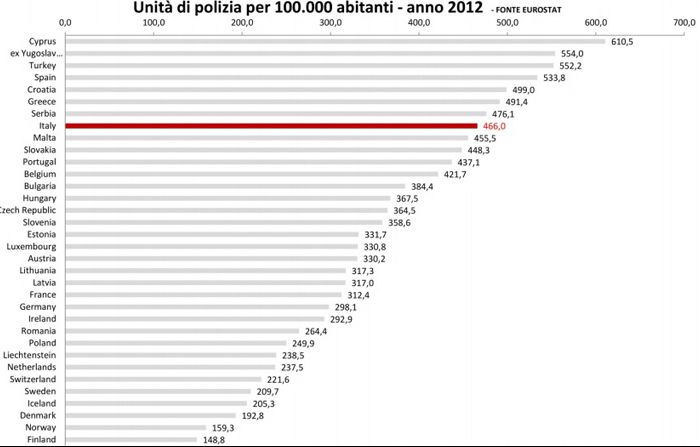 One of the main lessons learned from the war in Ukraine is the need to enhance vehicle protection ...
12870
Read

The war in Ukraine saw the consecration of the drone as a fundamental and indispensable weapon system of the field ...
25981
Read

The war in Ukraine highlighted the serious shortcomings of the Italian Army in the field of armaments in ...
13457
Read