Home Recommended Letters to the Director How do I put together the soccer world cup ...

How I put you together the football world cup, Cesare Battisti, Gheddafi and i marò 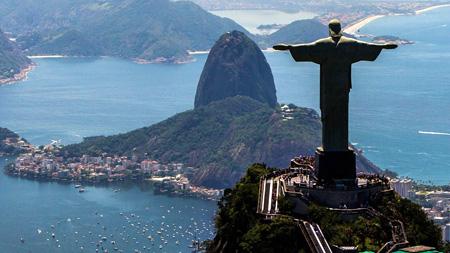 Also this year, without ifs or buts, the collective intoxication called world football championships took place: season tickets, LCD TV at half price, bets, flags on the balconies and patriotic appeals from that well-known Garibaldian of Prandelli.

Fortunately, it all ended quickly, football Italy made a poor impression and in fact, in an absolutely involuntary way, it aligned itself with the Italian foreign policy that in recent years has accustomed us to much more serious tragedies than expulsion from a sports tournament caused by four illiterate people with shorts who are not interested in chasing a piece of leather full of air.

The Italian national football team is the transposition of our international relations, we started with Libya when, after having made alliances and mounted circus tent in favor of Gaddafi, we did not even have the courage to betray it, we only offered hospitality for his killers, but the joke of deception and betrayals continued with the two navy officers: circuits, loaded on a ship without any legal protection, dumped in an Indian port, arrested and left without a home, without family and without trial , always playing on good faith and ignorance.

Then the age-old question Cesare Battisti, a multiple-issue vacation on the beach of Copacabana, while the families of the victims are pining waiting for a miserable indemnity that will never come.

Finally, last only in chronological order, the market for cows for the Alitalia sell-off, in this case business and foreign policy are mixed in a melting pot to say the least explosive.

Do you remember the brave captains? Those who saved Alitalia from the frantic horde of Air France? Here, they are the same ones who created a new millionaire hole in the flag carrier and now before fleeing they sell off planes, personnel and dignity to those strange allies of the Arabs of Ethiad who support with the millionaires of the airline companies "humanitarian" campaigns like those of a certain Al Baghdadi, the head of the Islamic state of eastern Iraq.

So what to do, here is all a mess.

One thing we could have done to save goat and cabbage: once qualifying for the Brazilian world we could decide with a unified network statement to give up the tournament, as long as Mrs. Dilma (who seems to me a Flinston character) does not had extradited Battisti to Italy, at the same time with the money saved for the ignominious expedition could have been compensated the families of the victims and perhaps even those of Ustica, which in this story has not found space.

While everyone was focused on discussing this move, we could have sent a commando to the Italian embassy in India to pick up our marines and then evacuate them on one of our navy's ships instead of sending them on a tour of Africa to sell furniture for Cantù or to charge terrorists who let people die in the hold of a barge 40 just because they are "negro", in the end, in the middle of the casino, we could have taken the "brave captains" by the ears and we could have forced them to pull out the whole pocketed and carried in the tax havens so the Arabs could have stayed with their camels and we would have avoided new unemployed 2500.

I forgot, with all this we will be spared the fool of disqualification to the elimination round of the World Cup of football by those of coffee (Costa Rica nda).

Good day. I read, always with pleasure, Online Defense. I take the liberty of offering a very small contribution, I hope ...
13475
Read