Home Recommended Letters to the Director Interlocking cocer: opposition on the theme of ...

Cocer interforce: opposition on the issue of the reorganization of careers financed in the latest Stability Law 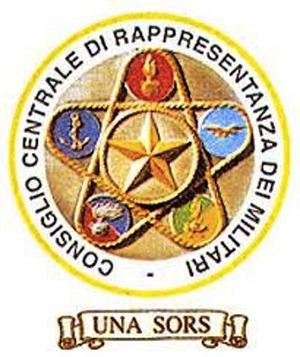 The 20 and 21 December 2016 at the headquarters of the Cocer Interforces in Via Marsala in Rome the Inter-force Commission of the category met Sergeants and Superintendents to discuss developments concerning career reorganization as learned from the drafts presented by the defense and security administrations.

With the sense of responsibility that has always distinguished the actions of the Inter-agency Commission of the category, despite not having received the coordinated text between the various administrations to give substance to the negotiating role of the Representations, an urgent meeting with the Administration Summit Authorities was requested of Police and Armed Forces.

While considering a reorganization of careers necessary, the request of the Commission is dictated by the need to express opposition for the unacceptable lack of recognition of juridical and economic seniority in the transitional phase, for the purposes of both progress and economic progressions.

The lack of recognition would lead to evident disparities within the same roles, denying in fact, a reconstruction of dignity concretely expressed in the course of one's career, debasing it and mortifying it for the umpteenth time, with the liquidation of a cd tip "One-off" .

If the problem is dictated by the lack of resources, we propose that they be taken by the so-called managerialization, which at the moment does not seem necessary.

The transitory phase of the reorganization of careers for non-managerial and non-managerial personnel, fears an alleged meritocracy that in fact cannot be recognized in any passage of which we have become aware.

If the Administrations plan to acquire the approval of the Co.Ce.R. delegates, to present it to the policy as certification to their projects, if they forget it too! The country and politics know that the Defense and Security Administrations risk losing a great opportunity

to motivate men and women who professionally have high expectations, risking to miss opportunities and long-awaited prospects.

The legacies of a by now ancient past should be overcome with an injection of courage to that much-awaited change from everyone where security and defense play a prominent role. If this is not the case, get your "Your" reforms, but they will not be "Our"!

We reiterate the urgency of meeting with the Top Authorities of the Police Administrations and the Armed Forces.

One of the main lessons learned from the war in Ukraine is the need to enhance vehicle protection ...
12891
Read

The war in Ukraine saw the consecration of the drone as a fundamental and indispensable weapon system of the field ...
25987
Read

Good day. I read, always with pleasure, Online Defense. I take the liberty of offering a very small contribution, I hope ...
13469
Read