Home Recommended Letters to the Director Who will we send to Libya?

Who will we send to Libya? 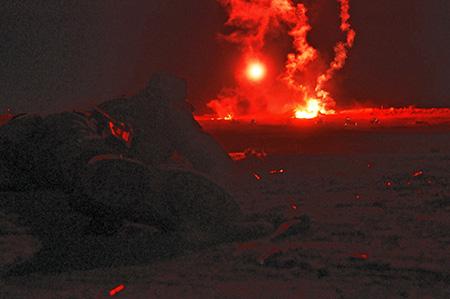 The possible political solution of the drama called Libya will not exempt us from sending in a future (even too remote) troops on the ground, regardless of whether they are aligned on the UNIFIL / KFOR model or on the ISAF model.

A question arises: with which face do we go to ask our boys to go to Libya to stem a situation of total anarchy, which favors Islamic radicalism, ready to cut off the heads of every prisoner made, and therefore far more ferocious than the Afghan Taliban?

With the face of a country that in the last half century has seen much of the culture denigrate any kind of uniform, especially that of the Army.

A country that welcomes Gino Strada's who are ashamed of being Italians, a country that is ready to unload any blame on uniforms (from public order issues to the most vulgar political accusations), which has snubbed any cultural attempt to bring large public to uniforms (I think of El Alamein, the line of fire, of the meadows will come back, but also of the Sky Veterans production), which has always painted our soldiers as obtuse watchdogs of power, murderers who deserve condemnation even before of the trial (I am not interested here in discussing the case of Marina's fusiliers, as it is the domain of international law: I would only like to underline how it has become a mere field of political propaganda in which the left, parliamentarians and not, together with the intellectual classes contiguous, have constantly engaged in a process of demonization contrary to the principles of Italian law, in which one is innocent until proven otherwise), mercenaries incap aci to live in civil life, incompetent fathers and tyrants, recommended and so on.

Of course, our FF.AA. they are not free from problems and defects, like the whole apparatus or rather the country system. The fact remains that a large part of the same country that until yesterday snubbed them, tomorrow will ask our children to go and protect the interests of every Italian family in a place where there are those who can't wait to cut them. your head or worse, to burn them alive. Yes, because whatever the Gino Strada say, it is good to explain to the Italians that anarchy in Libya is equivalent to further bloodletting in the bill and an economic crisis worse than the current one. Obviously this is a simplistic view, but Italians are only interested in knowing what a foreign event will cost them. Are Italians interested in knowing ?? because of the culture that an inept political class has spread in the last twenty years, how many fewer aperitifs in Ponte Milvio (chic area of ​​the capital, ed) will anarchy cost them in a country 200 miles away marine from us.

To save more than the belly of Italians, we will send our boys to Libya. It will not only cost us money to help our Mediterranean neighbors. It will cost us human lives. It will not only cost us the sacrifice and the abnegation of whom we will send (a number that must be multiplied by the turnings in the theater, particularly often omitted). The sacrifice and sacrifice of these men and women are added to. the abnegation of families that include mothers, wives, children, brothers. A sacrifice that the 95% of Italians do not know but that knows all too well those in the FF.AA. he lived and lived there.

A civilized nation is seen first of all by the ability to sacralize the sacrifice of those who make it so every day, outside of both the empty patriotic rhetoric and the left-handed demonization of a social center or human rights fanatics.

We will definitely send our boys to die in Libya tomorrow. Because it is their duty, and they will not fail to serve the state as each of them has sworn. Someone will say they go for money. That someone, however, did not volunteer to swear allegiance. That someone does not live in the constant awareness that a loved one can return in a coffin wrapped in a tricolor which ensures that the rest of the country will forget the sacrifice made in about two days. That someone did not go to Namibia, Albania, Mozambique, Haiti, Kuwait, Kosovo and elsewhere to bring humanitarian aid or mine fields where civilians were blown up, dying for it. But one starts anyway, by attaching oneself to one's own tag, dispelling the idea that one's country, driven by a wrong culture, will often forget the sacrifice made, or even condemn it.

Tomorrow we will ask thousands of families to split up for the umpteenth time, and to experience an anxiety that is sometimes hard to keep out of their daily lives. We will do it in the name of the Res Publica, that is, of a common good. In this common good, our boys in uniform participate with sacrifice and self-denial. 98% of their peers participate by drinking aperitifs in Ponte Milvio or writing 140 characters of contempt on Twitter towards those of their peers who protect their right and their economic possibility to drink aperitifs in Ponte Milvio.

But the fault of this contempt is not just them. It is primarily a political class and an intellectual class that has turned contempt on our FF.AA. until he was comfortable and until he realized that they still had a vote to be expressed in the elections.

We can not exempt ourselves from sending our boys to Libya: it is our duty, it is our chance, it is our historical geopolitical vocation.

But if we really have to do it, let's do it with the right culture. We will not see the Islamic State's Scud on Lampedusa. However, this does not mean that the enemy is at the gates, and the time for peace missions is over. Now it is a question of making war, the real one, the one in which whoever we know goes to die.

If we have to send our kids over there, then we must change our culture and send them with the right support: with the support of Italians, with the love of their families and not least with the right rules of engagement.

Good day. I read, always with pleasure, Online Defense. I take the liberty of offering a very small contribution, I hope ...
13475
Read