Home Recommended Letters to the Director Caporetto, the winter solstice of ...

Caporetto, the winter solstice of the homeland 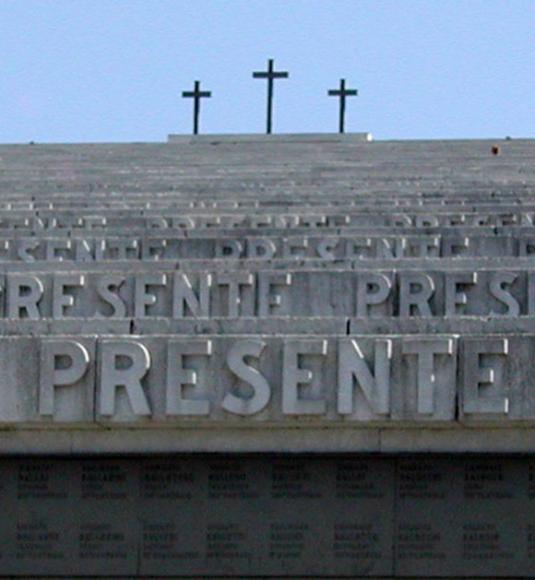 Also this year the ritual of the Christmas festivities is about to take place, between gifts and good wishes, the Christian world and not only come together under the tree or near the Celestial hut to fulfill a collective rituality that in turn sinks its being into ancestral rites related to the death and rebirth of the sun. Ritual is the commemoration of Christmas, as a ritual is the commemoration of historical events that involve nations deeply affecting the spirit of community.

Speaking of collective memory, the 2017 will bring back to light all the Italian memories connected with Caporetto's centenary, although this event left an indelible mark on national history, it is considered inadequate to speak of celebration, if only because history has given posterity a sign of infamy for the facts that happened between the 24 and the 30 October of the 1917.

It has been written that in Italy the homeland died on 8 September 1943, it is not unusual to believe that the real funeral was celebrated 26 years earlier in the strategic retreat between the Isonzo and the Piave. Such lapidary certainty because Caporetto was not just a military defeat, it did not represent only the backward step of an army engaged in a war of conquest, but it marked the laying bare of the genetic imprint of the Italians, children of the unfinished Risorgimento, revealing forever in the flesh of each one the distinctive and ethnogenetic characteristics obtained from the combination of resignation and indolence, cowardice and courage, speed in concealing and rough simulation. Yes, because the homeland was not united in the trenches that proceeded uninterrupted from the Adamello to the Carso, the new Italians did not learn to understand each other when it was decided to pile them up by the tens of thousands between Veneto and Friuli, the Italic people "made themselves" in Caporetto, when each exhibited what flowed within his own good, a mixed blood, made up of individualism and renunciations, daring impulses and cowardly positions, always ready to seek in the other the causes of his own littleness.

2017 will bring back so much history after a hundred years and it is important that this winter solstice of the nation is examined from the inside, in Caporetto, the Italian star touches the lowest point of its parabola and it is in that thud that must be sought the answer to the endemic evils of a fickle and inconstant people, difficult to govern, impossible to make an organic community.

Obviously the analysis cannot be limited to a mere acknowledgment, but needs a re-elaboration, so that a solution to the evil can be found, after all, after the Caporetto there was the Piave, although it was a corollary and not a general principle.

The defeat, the upheaval, the posthumous inquiry commissions, the purges and the transversal vendettas, perpetrated well beyond the 1917, were the violent manifestation of a heterogeneity that the Great War should have eradicated, but which in reality did nothing but reveal.

In the Piave it was the reaction of antibodies to a chronic disease that the body of Italy manifested overwhelmingly in the valleys of the current Kobarid, therefore in this centenary a collective examination of conscience should be made that leads us to consolidate rituals capable of definitively metabolizing the internal conflicts of the past, aware of the fact that Italy is a homeland capable of great impulses, but profoundly and endemically immature.

Meanwhile, Merry Christmas and that this 2017 can offer us, at a distance of 100 years, the chance to face the reality of our history certainly written with the pen of Caporetto.

One of the main lessons learned from the war in Ukraine is the need to enhance vehicle protection ...
3841
Read

The war in Ukraine saw the consecration of the drone as a fundamental and indispensable weapon system of the field ...
25552
Read

Perhaps guided by mysterious genetic messages I live the recurrences of May 24, June 2 and November 4 in ...
5749
Read

The 2 June of each year in Italy is celebrated the Republic, that is celebrating the form of state chosen by the citizens ...
2553
Read

The Leonardo Company (formerly Finmeccanica) is presenting its ...
3268
Read

The Ukrainian crisis and the consequent possibility of the involvement of the Italian Army in a high-level conflict ...
8488
Read

The Russian attack on Ukraine closely resembles the Italian aggression on Greece in October 1940. Putin, ...
4066
Read

Good day. I read, always with pleasure, Online Defense. I take the liberty of offering a very small contribution, I hope ...
13085
Read

The war in Ukraine highlighted the serious shortcomings of the Italian Army in the field of armaments in ...
13112
Read

I believe that the one announced in the title is a dilemma that all the military who have trained for decades, ...
1538
Read