Home Recommended Letters to the Director There is betrayal and treason. The vice-prince ... 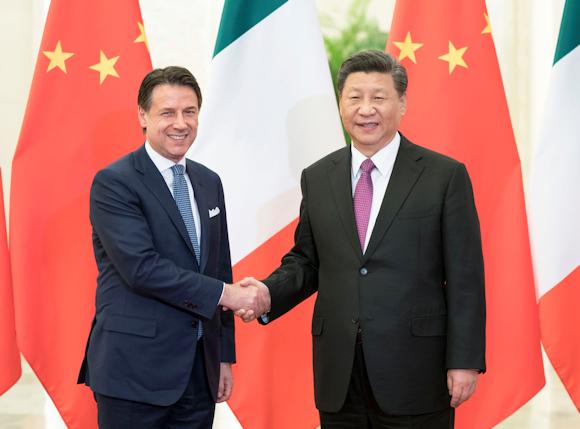 Dear Editor, I have chosen to write to you as a letter because I would like my reflection to be taken as personal and questionable. In short, this is what I think - not the Online Defense line - and maybe I'm wrong too.

I believe that the readers of Defense Online will have followed, as far as possible, the story of the Austrian deputy prime minister Heinz-Christian Strache, who was forced to resign for revealing his willingness to grant important contracts to a Russian power group in exchange for funding for the Liberal Democratic Party1 and the purchase of the most widespread tabloid in Austria, Kronen Zeitung, to be relocated to populist positions. The paradox of the story is that it was actually a real "trappolone", with an actress playing the beautiful relative of a billionaire oligarch and the cameras recording everything. This in Ibiza, in the 2017. In short, the video was held in mothballs for two years, not even used for the last political elections, perhaps used for unspeakable negotiations and now re-emerged to confirm that Strache actually had probably non-existent relations with Mosca, so much so that he was fooled by a blonde with Slavic accent.

Now, Vienna is not a member of NATO: it is one of the four main neutral countries of Europe, along with Switzerland, Sweden and Finland. Nor is it a target of Moscow for geostrategic reasons: a little because its neutrality has allowed in the last seventy years to make it a privileged place for mediations and negotiations, partly because for decades it has worked a bit like a safe for the business more or less legal Russian within the European Union and, last but not least, because the Austrian Republic is embedded, like Switzerland, within the territory of NATO and to "test" patience and responsiveness with reckless flights of hunting, as it often does with Sweden and Finland to invite them not to join the Atlantic Alliance, Moscow should violate the skies of several Member States. Among other things, Austria is the only occupied country that the Russians spontaneously abandoned without being forced to do so, in 1955, a rare case in Russian geopolitical history.

Here, from this it appears evident how the Strache case presents some inconsistencies and very evident contradictions but that, ultimately, is explained not with complicated reasoning by very refined minds, as the late Giovanni Falcone would have said, but as a cocktail of unscrupulousness, ambition and stupidity.

In short, Strache did not sell his country to the enemy: he wanted to do it, but the "enemy" did not even contact him seriously. The suspicion is that the "package" was pulled from a NATO country that suspected the loyalty of this genius to the cause of the West ... And the greedy fish took the bait.

Now, let's face it: our leaders do not suspect anyone on either side of the Atlantic and, therefore, you don't need to send a beautiful daughter (or maybe a big gym guy, depending on your taste) to realize that, beyond of the words about fidelity and alignment, the facts are especially visible: strategic agreements with the true mortal enemy (China, mind you, not Russia), neutralization of Italian action in Venezuela to avoid stepping on the interests of Moscow, blatant falling in love with Qatar despite being recognized as the main sponsor of the terrorist organization called the Muslim Brotherhood, moving away from the western potion in Libya (without even supporting Sarraj, armed with Turks and Qataris) and threats to block the functioning of the European Union by veto. In short, we do not even make the mystery of being separated at home in the Euro-Atlantic area and, from an international point of view, in fact isolated. The politics of selfies and photos for social media did not help much: by now, even Prime Minister Conte no longer laughs meeting the "allies" and "friends". All we need is Fico and his companions to make us break the billion-dollar contracts with Egypt for a strategic supply of gas to make the complete omelette.

Dear Andrea, in conclusion, I do not tell you that Strache is a traitor: he seems rather one to whom his wife has discovered the note of an escort in his pocket and who did not even realize that he had dealt with a transvestite. To have a traitor, in the family as in politics, it takes tricks with another or with multiple parties who are not your wife. Because without knowing it we are married to a demanding woman (the Euro-Atlantic West, in fact) who for the time being looks at us with condescension because there is no crisis in the air. But if there is a serious challenge we will be called to give serious answers. It should be explained to some government officials.

Hoping not to have bored you too much and counting on your patience if I have taken some blunders, I salute you.

1 On populist positions in Austria, beyond the name

Dear Director, I know that I will go off topic with this letter of mine, but basically they compared this emergency to a ...
306
Read

I am sending you my letter on the wave of emotion, after reading the "letter of a soldier" on the wedding in Lebanon. I'm...
2071
Read

I have been reading you for several years with great interest as your articles delve into important world issues ...
6086
Read

Dear director, a few days ago I had the opportunity to read the editorial by Marco Travaglio entitled "All Covid is ...
1726
Read

Since the beginning of 2020 the Italians have become accustomed to the images proposed by the TG of men in camouflage engaged ...
5023
Read