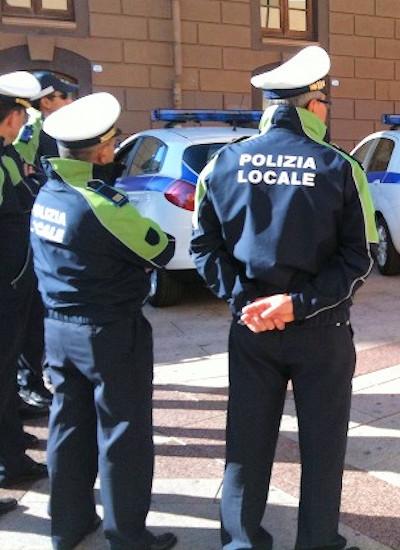 A very serious episode of violence against a Public Official happened Sunday evening at the Ognina seafront in Catania, when the inspector of the local police traffic department, Luigi Licari, posted on guard in an area with no access, blocked the passage of a boy on a scooter and so far everything seems to go by the rules. The beauty comes after a short time when the same boy returns to the place accompanied by a group of peers to attack the inspector, probably hitting him on the head with a helmet and causing him a head injury. The non-commissioned officer is hospitalized in the prognosis reserved for the nearby Cannizzaro hospital in the intensive care unit.

On the serious episode the Catania Public Prosecutor has opened an investigation and the investigations are conducted by the mobile police station, while the mayor White has expressed his commitment to contribute to investigations by the local police announcing that the inspector Licari was operated in the night with a neurosurgical operation for a cerebral hemorrhage and is now in a pharmacological coma, while he hopes that those responsible are captured as soon as possible and severely punished.

Yesterday assembly of the inspector's colleagues who re-launch the call for urgent reform: we are without suitable means of work to defend ourselves

The chief inspector of the local police of Catania Fabrizio Alì refers to the numbers of the staff of the Corps, while in 1990 there were about 950 units, today they are reduced to only 320 units with a significant percentage of staff in the age of around sixty ' years, moreover without work tools such as spacer sticks, stinging sprays, anti-cut gloves, protective harnesses. In addition, the inspector complains that those apparently to the local police assume an anachronistic figure because they are considered as municipal employees without prerogatives that place them within the security sector pending a reform that has not yet taken off. Meanwhile, the city of Catania shows symptoms of intolerance and violence in the face of public order and it is urgent to give a heavy response, perhaps proceeding with the preparation of mixed patrols of local police with the State Police and also with the patrols of safe streets of the Army. Italian both to protect public safety and to ensure adequate working conditions for police officers. In these cases, in fact, asking for the use of soldiers of the Armed Forces should be a hypothesis not to be discarded. The fact that happened should in fact be read as a symptom of intolerance to urban order and security which for the metropolitan city of Catania and for the whole Etna area is a cost where some troublemakers and low-level criminals rage through the streets regardless of rules and education, on the other hand looking for an opportunity to challenge and provoke against citizens and also against the police, such as in the guise of road pirates who run around in cars that disrespect the rules of the road or centaurs on motorcycles without helmets and of all common sense, ready to threaten and attack.

Civil society and institutions must react with courage and passion to eradicate heavily any intolerance and hate speech by violent individuals against the established order. Every act of violence and contempt for men and women in uniform is an act against the state that must be punished exemplarily and severely. For another, Catania is the city that recalled this year ten years after the tragedy, violent aggression by State Police Inspector Philip Raciti by the hand of a young balduo during the damned 2 Catania-Palermo football match February 2007 , a cop I pay with the sacrifice of life, leaving a family and a city in disrepair, so the warm environments of certain behaviors and subcultures are known that should be definitively prevented and repressed

It is time to join forces and give heavy feedback to this street mermaid to bring the serenity to our cities that remains a condition of indispensable civilization and serenity. This episode does not go unnoticed and instead gives rise to a reform that, on the one hand, gives security to all police officers, and in particular to those of the local police, and on the other hand evaluates the constitutional aspects that also provide good governance security in the most at risk areas of this country, considering all aspects.

The appeal that we launch is that anyone who has seen the progress of events, anyone who has news or footage on the perpetrators of this barbarism, send this information to the Local Police of Catania or the State Police or other law enforcement agencies without second thoughts , knowing that this too is a heroic act that redeems the true face of this city.

"In matters of the army and the like we are notoriously poor and, when they call us to participate in missions to ...
3132
Read