Home Recommended Letters to the Director At least the unions will defend the Thirty? ... 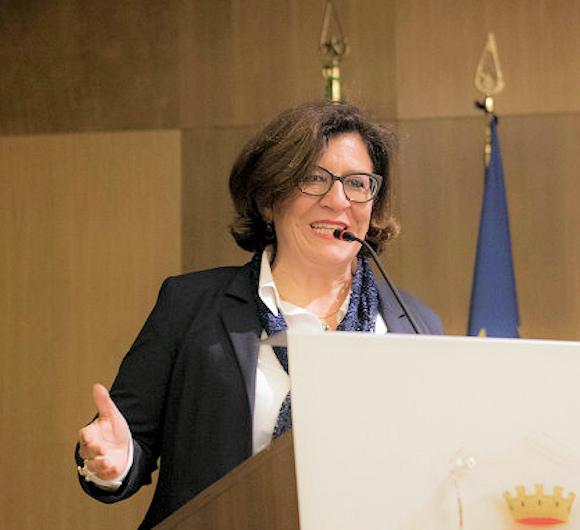 On the occasion of the ritual now "Civilian personnel day" (already named "Feast of the elderly", in honor of employees with 20, 30 and 40 years of service), which this year was celebrated on Friday 17 May us, the Minister of Defense, prof. E. Trenta, addressed its own message to female workers and civil defense workers, which it then repeated the most significant passages during its participation in the event organized in Rome by the General Secretariat.

In his message, the Minister, after indicating how the staff is one "Fundamental resource" for the AD (a classic, this ...), he recalled the choice to keep for himself "Delegations to civilian personnel policies" and to have wanted “A frequent interlocution with the OO.SS. ... in order to learn more about the problems " and to be able to start "Solution paths". He recalled the 294 assumptions 2019-2021 provided by L. 145 / 2018, and reaffirmed its commitment to the development of civilians (also a classic), and the more specific one on the ground of the "professional training" and the recovery of the "pay gap " that has existed for years in the relationship with the staff of other PP.AA. .

Having said this, it seems that a new and positive phase has opened for civil servants, who have always been children of a lesser god within AD. Well, I am sorry to say, but it is not really so, and today, after a year of management, Thirty , it does not seem that the conditions, economic and professional, of civil workers are in any way improved compared to the management of the Ministers that preceded the prof. Thirty.

The data is unfortunately all there to prove it. Trade union relations, beyond the number of meetings, do not seem to have produced significant results until now, if not only repeated postponements, to the point that someone begins to think that the maintenance of proxies by our pledged Minister may even be counterproductive. On the plan assunzionale, n. 98 new entries per year in the three-year period are small compared to the problems of the industrial area and to what other Ministries have had (Justice 3000, Interni 750, etc.).

In the field of training, it is true that a project was drawn up for personnel in all areas, but, to date, no colleague has touched and perceived novelty in this regard. In the field of gap reduction, which is the mother of all our problems, we must unfortunately record it absolute zero in terms of results: after the total 63 € million obtained for the three-year period 2018-2020 with the previous Minister Pinotti, the 2019 has gone into cavalry and not even 1 € more will arrive this year in the poor and increasingly light pockets of civilian workers. It should be noted, in this regard, that there are five meetings in which it was discussed on the political table, but to date without any practical result: not a single answer came to the OO.SS. with respect to the proposals that were requested and then formulated, and to date it is not possible to know the opinion and intentions of the Minister, who, even in her message, reaffirms her generic commitment to reduce the gap, but does not clarify in any way what do you want to do, and prefer to return the ball to the OO.SS. asking us to find a shared solution. Can it be?

After a year of this bad habit, which reproposes models already seen and inconclusive and that have nothing new or renewed compared to what we have already seen in the past, it is understandable that the malaise of workers is growing, in particular those (and they are really many ) who had greeted with great hope and confidence the appointment of the Minister Thirty in the so-called "government of change", and who thought the moment had finally arrived for a radical and profound change of course.

So far it has not been the OO.SS. they have taken note, starting with FLP DIFESA, which has already launched the mobilization of the category and will promote hundreds of assemblies on workplaces.

Dear Director, I know that I will go off topic with this letter of mine, but basically they compared this emergency to a ...
306
Read

I am sending you my letter on the wave of emotion, after reading the "letter of a soldier" on the wedding in Lebanon. I'm...
2071
Read

I have been reading you for several years with great interest as your articles delve into important world issues ...
6086
Read

Dear director, a few days ago I had the opportunity to read the editorial by Marco Travaglio entitled "All Covid is ...
1726
Read

Since the beginning of 2020 the Italians have become accustomed to the images proposed by the TG of men in camouflage engaged ...
5023
Read