Home Recommended Letters to the Director Al-Qaeda and Isis: an alliance without the ...

Al-Qaeda and Isis: an alliance unknown to the common goal 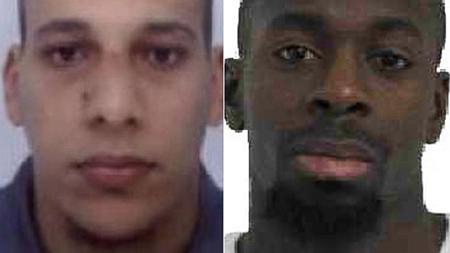 The bloody events that occurred on Wednesday 7 January at the Parisian headquarters of the satirical magazine Charlie Hebdo were not only violent acts of revenge for an alleged affront to many Muslims but they conceal an important hidden meaning.

The terrorist act ended with the police raid on Friday in two different situations where, with the same modus operandi, three subjects held some people hostage, reminding us of the capacity, in terms of ruthlessness, of the organization Qaeda.

The attack would therefore seem to respond to a sort of marketing operation to help the terrorist network to emerge with respect to its rival Islamic State: in fact, an objective has been hit on which for a long time public opinion had been hurled by many Muslims around the world in so that the image of an al-Qaeda can still pass in order to avenge the wrongs suffered by the Islamists at the hands of the West.

Hitting the heart of a European capital in the midst of a working day makes us understand how the danger is always current, a threat 365 days a year bearing its brand. The rise of ISIS - the Islamic State - and the refusal of al-Qaeda leaders to recognize the new Caliph in Abu Bakr al-Baghdadi, has established a fierce competition between the two organizations for the global leadership of the jihadist movement.

The achievements of ISIS represented by the control of much of Iraq and Syria, including the aegis on Mosul and the declaration of the coming of the new Caliphate, a key target for Islamists for over ninety years, has put al-Qaeda on the defensive, triggering a real competition between the two entities to demonstrate their credibility and jihadist strength through the attacks against Western countries that have always been called "infidels".

For several months the Islamic State has been described as the dominant jihadist organization creating numerous proselytes in the world and educating them to its extreme violence. If al-Qaeda is trying to supply the ranks of its soldiers the demonstration of its power has generated it with the Charlie Hebdo act.

As terrorism expert Brian Michael Jenkins has already mentioned in the article Terrorism is theater, the acts perpetrated are not pure violence in itself but messages aimed at influencing the key public, the arruolandi, letters sent here to Muslims all over the world to the sound of Kalashnikovs, to those same Muslims who reacted violently to the satire against Muhammad and who are today pleased with the fact that al-Qaeda has been able to hit the heart of a country, France, which has always proved contrary to the campaign of the affiliates to the terrorist network in sub-Saharan Africa and other parts of the world.

These episodes reveal the reality: if al-Qaeda is gradually taken from the 11 September 2001, in the shadow, especially after the death of Usama Bin Laden, by political institutions, today this same organization opens a new and great window on the world showing how its strength is persistent and not to underestimate the enormous threat posed by its ideology and the groups affiliated to it.

The answer to these acts must not find reason only in the armed fight against Islamic terrorism and in the security measures that must be impregnating, but Western society must exploit the real ace it has in its hand: only Muslims themselves have the credibility to challenge the extremist message.

Important moderate Islamic organizations and communities that can reduce the risk of radicalization and violent extremism play strong here.

When Islam and the democratic values ​​of the West coexist, the terrorist message fails and with it al-Qaeda and ISIS, unwitting allies in the will to destroy the "unfaithful dogs".

Perhaps guided by mysterious genetic messages I live the recurrences of May 24, June 2 and November 4 in ...
5676
Read

The Leonardo Company (formerly Finmeccanica) is presenting its ...
3251
Read

The Russian attack on Ukraine closely resembles the Italian aggression on Greece in October 1940. Putin, ...
4012
Read

Good day. I read, always with pleasure, Online Defense. I take the liberty of offering a very small contribution, I hope ...
12969
Read

The war in Ukraine highlighted the serious shortcomings of the Italian Army in the field of armaments in ...
12940
Read

Regarding the transfer of armaments to the Ukrainian armed forces, it should be noted that it was an operation of ...
9286
Read