Home Recommended Letters to the Director Aggression to the Catania local police ...

Aggression at the local police in Catania: arrested the head 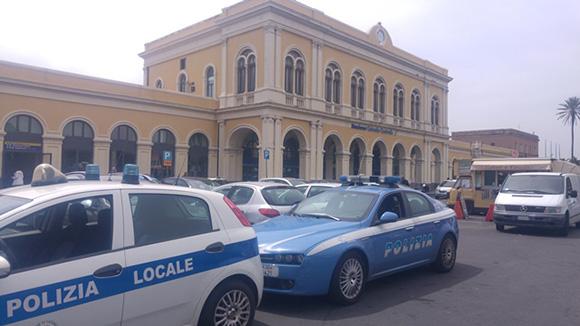 After the vicious attack on Inspector Luigi Licari, which took place in the evening of last September 2 in Catania, at the popular Ognina seafront, by some violent laments recalled on the spot by a young teppist who had been denied by the policeman the passage to a area reserved for pedestrian area, the response of the state was not long, but not even that of civil society. Thanks to media calls (more) some conscience decided to tell the story to the Mobile Team Etnea who managed to compose the rebus halting Orazio Di Grazia, a twenty-two-year-old scooter who admitted to having hit the inspector with his hand and not with the helmet.

Certainly this revelation is not clear, as Inspector Licari is a sportsman who practices weightlifting and would soon participate in a competition for the Italian Cup, which is why it would not be justifiable the damage reported by the policeman remained on the ground with a fracture cranial and hemorrhage. In fact, an expert medical office report ordered by the Catania Public Prosecutor directed by Carmelo Zuccaro has established the incompatibility of the injuries reported by Luigi Licari with a fall, since the fractures to the skull were caused by the blows inflicted by the punitive herd with a blunt smooth object , compatible with a motorcycle helmet.

On the other hand, the role played by the other comrades of the confessed prisoner remains to be clarified and on these obscure points he continues to investigate the mobile team led by Antonio Salvago, who still has to identify the group that participated in the punitive expedition of which it seems some women are part of it. The suspect will be subjected to a question of guarantee in prison by the judge for preliminary investigations Daniela Monaco Crea and will have to explain why so much violence against a public official, how justifiable this violent gesture and contempt of a guardian order in the exercise of its functions.

While the conditions of the Inspector Licari remain stationed with a confidential prognosis, in the previous days the colleagues of the local police with his commander Stefano Sorbino, at the disposal of the mayor Enzo Bianco, together with police officers and the military of the Carabinieri and finance guard, turn upside down the Ognina - Picanello neighborhood, where the wounded fellow aggression strikes, strictly enforcing the Code of the Road as well as carrying out in-depth police checks.

The budget to date is very active and represents the climate of disorder and disregard of the rules by some citizens, which pollute the peaceful life of the city. In total, about 300 are the minutes signed by the agents: about twenty minutes were raised respectively for seizure of vehicles not in order, about twenty for administrative stops, twenty for lack of mandatory insurance, twenty for failure to revise the vehicle and again twenty years for not using a helmet. Continuing 170 verbal prohibition for parking and as many minutes for failure to present documents of the vehicle, for driving without a license, for use of the mobile phone to the guide and for not having respected the alt by the police officers.

A good part of the metropolitan city wonders why to wait for the occurrence of these burdensome facts and instead not to operate regularly or with certain cadences a control of the streets and urban environments that are infected every day by troublemakers, provocateurs, delinquents of various order and rank , road pirates, centaurs who go crazy speed zig zag through the streets causing fear, stress and are the cause of road accidents and violent quarrels undermining public safety. And this happens in many areas of the city without excluding the surroundings of the Etna countries experiencing the same discomfort and where the need for public control actions is felt.

In fact, action in police action should also be more incisive to detect compliance with speed limits, by real road criminals who are very often disregarded and cause accidents and generate emotional tensions for prudent drivers and for pedestrians.

Meanwhile, behind the Cannizzaro hospital reanimation room, in addition to the family members of Luigi Licari, some of the inspector's colleagues are asking how they can continue operating if the operational protection measures and the legal conditions to operate in safety are not defined.

A demonstration of solidarity on the part of the catanese associative world under the title "to be civilized is normal" to express the disagreement of the honest city to the serious incident against a local police officer from Catania. A trade union statement specifies that this type of police control intervention on the city had to be done before while we add that for good daily life it is always better to predict the facts in time than to wait for these absurd episodes of violence against the forces of the order, as happened to our valiant inspector Licari, who for his behavior deserves the embrace of his city, which should not lack a just civil reward.

Now, after the arrest of the confessed offender, we look forward to investigative developments that will not be missing new and important results, reminding us that our civilian life depends on the degree of respect for the rules.

The Igea operation is the intervention plan implemented by the Ministry of Defense to increase the capacity ...
2470
Read