Home Recommended Letters to the Director September 8, 1943: the point of view of a ... 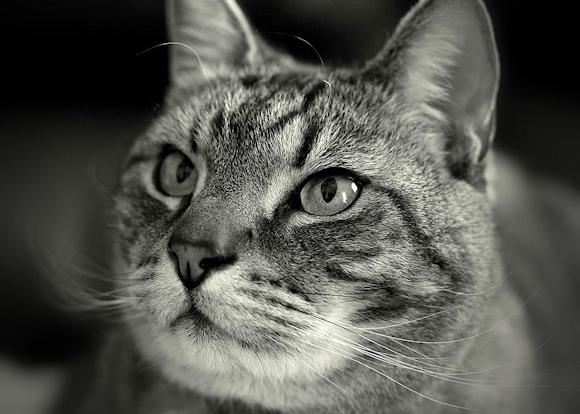 On 8 September 43 I was already in the afterlife, just arrived together with the 54 sailors of the submarine Velella, sunk the night before by four British torpedoes off the coast of Punta Licosa. My name is Scheggia; I was the cat-mascot on board, basically the fifty-fifth member of the crew; I considered Lieutenant Mario Patanè, commander of the Velella, also my commander.

For the reader, I must premise a circumstance that the living do not know: whoever belongs to eternity is master of all knowledge of the past and present, but not of the future, which is also unknown to the Creator because of the free will that he himself has granted to the men. Another truth that must be known is that some living beings who have been companions of humanity on the earthly journey can also end up in the afterlife; I mean dogs, horses and cats. On the other hand, it was to be expected that the Eternal Father, after having crowded the earthly paradise with these beings, why would he have to exclude them from the heavenly one? Equally obvious that all races, human and otherwise, in the afterlife understand each other with a common language.

At 20.03 on 7 September 43 the Velella, which had left the port of Castellamare di Stabia to counter the Anglo-American navies which by now had control of the Mediterranean, was hit by a first torpedo, and I, as I did every time I heard an explosion, threw myself into the arms of the sailor closer; it was my way of feeling safe. But the sequence of explosions of the next three torpedoes was rapid and the Valella quickly sank, leaving the sailors just the time to realize the inevitable and to give one last thought to their loved ones: children, wife, parents, friends ... terrible moments for a submariner, during which he cannot even lift a last time the eyes to a sky that in submarines is not there. 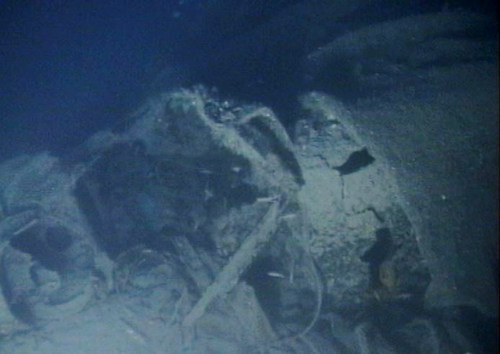 Only the next day did the world learn that a week ago Italy had signed an armistice with the Anglo-Americans and agreed the flight from Rome of Vittorio Emanuele III and Badoglio. These decisions should have induced our political and military leaders to issue the necessary orders in time to avoid unnecessary massacres such as that of the Velella, which should not have left the port of Castellamare, and the battleship Rome which was sunk in the Strait of Bonifacio, together with two other units of the royal navy, dragging 1393 of its sailors to the bottom of the sea.

Every 8 September, starting from that tragic date, how many lost their lives by continuing to fight who alongside the old allies and who against them, but all because left without orders and therefore forced to choose each according to their conscience, we of the Velella we look out over the Caput Mundi to verify the effects of our sacrifice and take the pulse of the memory of our compatriots.

Also this year great was the discomfort in attending humble ceremonies in the presence of four cats (including me!) Who had to put up with the usual thrilling gun who chose to fight to free Italy from the old ally by siding with the enemies of the day before. A ritual that rekindles contrasts and feeds social disintegration. For us of the Velella not a thought, not a memory, not a flower or the name of a street, a school, a barracks to remember our tragedy. And not even the header of a parliamentary hall, as arranged for the hero of a historic Genoese G8.

As every year, we therefore resigned ourselves to gathering in front of the Altare della Patria where the sailor Junio ​​Valerio Borghese threw his message to the wind, as every year: “In any war, the basic question is not so much to win or lose, to live or to die; but how you win, how you lose, how you live, how you die. A war can be lost, but with dignity and loyalty. Surrender and betrayal stamped a people before the world for centuries ".

We just have to hope that in an unlikely future, unpredictable due to human free will, Italians will consider all their past and their entire national history to be a common heritage, also remembering those who made uncomfortable, painful and hopeless choices; without forgetting, why not ?, dogs, horses and cats killed by the wars alongside the soldiers.

The comparative examination of the weapon systems of our three armed forces reveals a serious imbalance. While the ...
2854
Read

One of the most urgent programs for the renewal of the equipment supplied to the Italian Army is that ...
24605
Read

As is known, NATO was born (pass the tongue twister) in 1949 as a mutual defense organization between Belgium, Canada, ...
3394
Read

One of the main lessons learned from the war in Ukraine is the need to enhance vehicle protection ...
14355
Read

The war in Ukraine saw the consecration of the drone as a fundamental and indispensable weapon system of the field ...
27039
Read

Perhaps guided by mysterious genetic messages I live the recurrences of May 24, June 2 and November 4 in ...
6329
Read

The 2 June of each year in Italy is celebrated the Republic, that is celebrating the form of state chosen by the citizens ...
2834
Read

The Leonardo Company (formerly Finmeccanica) is presenting its ...
3458
Read

The Ukrainian crisis and the consequent possibility of the involvement of the Italian Army in a high-level conflict ...
9145
Read

The Russian attack on Ukraine closely resembles the Italian aggression on Greece in October 1940. Putin, ...
4655
Read