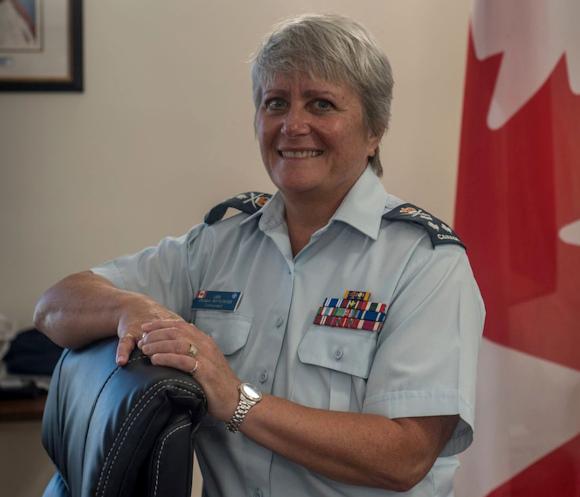 Since November 2016, General Whitecross has led the Alliance's premier training institute with expertise, passion and skill. These qualities, put to the test during this year's health emergency, cannot be deduced from cold numbers, positive results, or from the rhetoric of circumstantial speeches, as evidenced by the sincere widespread emotion among the staff of the Institute at the time. farewell greetings.

For a long time we had expressed the desire to interview her and, as a good soldier, just before leaving, she did not forget.

When I arrived I discovered something extraordinary within the Alliance: a unique element of cohesion and military training to teach mainly NATO's role, tasks and purpose in different geographical areas. It was an enormous honor to be in charge of it and, after three years, my opinion remained unchanged.

The teaching of notions destined to remain for a whole life in the frequenters is indispensable.

I was also impressed by the enthusiasm and passion found in the staff. 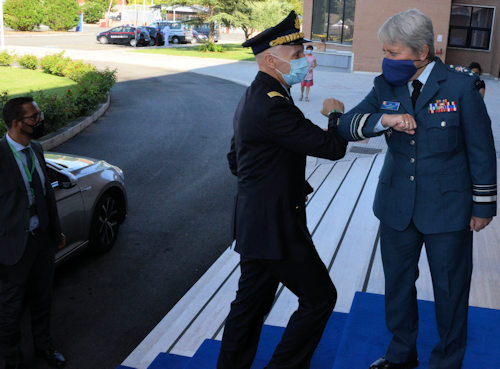 First service experience in Italy? Flatter us with two strengths but admit at least one flaw of the Italians ...

It was my first experience in this country. Living in Rome was exciting for me and my husband. We come from a land that has just 150 years of history and arriving in a place with a materially visible legacy of millennia has been a privilege. Every time we walk in the city center we discover something new. As an engineer, seeing structures and buildings with thousands of years behind me leaves me stunned.

There is a wonderful climate as well as extraordinary nuances of food, wines and landscapes that change after a few hours of travel.

A defect? Well, I have to confess that driving the car was really, really stressful; the only drawback of this experience that, close to departure, still worries me.

Was it difficult to "manage" visitors from countries with sometimes extremely different cultures?

The answer is yes and no. It is our duty as senior Alliance leaders, military and civilian, to learn from other cultures and understand why there are different security standards in different territorial, linguistic or cultural areas. All this strengthens us and allows us to be more effective.

However, this cohesion process takes time. It is not always easy to immediately understand people and their particular characters and beliefs. The task of NATO Defense College, through training, is to get to create sharing and harmony. 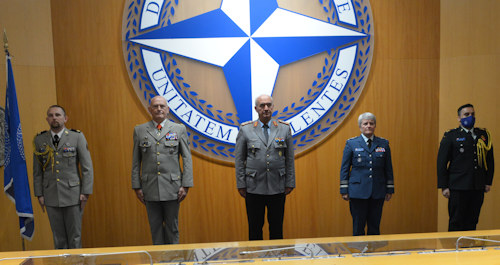 What will you have left at the NDC?

Each commander hopes to have left something positive by looking into the eyes of the people he leaves.

I hope it will remain a positive memory, especially in terms of transparency, trust, dignity and respect. They are as personal values ​​as those of the Alliance.

What memories do you have of the Cold War, the years you signed up?

I have vivid memories of that period because in the 80s I served in Germany with monthly exercises and annual tactical assessments of the departments. New skills and competences had to be constantly developed. As an engineer I had to deal with the defense of runways or their rapid restoration for the deployment of fighters and the maintenance of air operations.

The best memory of that era is however when it ended in 1989! I witnessed the emotions of my German colleagues directly. I remember one in particular who, with tears in his eyes, told me that reunification was the return to life after the long mourning of a nation.

How did you deal with the Covid Emergency at NATO Defense College?

We constantly followed what was happening in Wuhan, China, and then in Milan. During my brief absence, a general of my staff promptly called a first meeting to address the problem. On my return with the collaborators we held constant "virtual" meetings to achieve the main objective: the conclusion of the courses. We made sure that the attendees had the right IT equipment to follow the lessons safely, from home with their families. The courses thus continued connecting many countries until the Italian authorities allowed the return to the College safely. 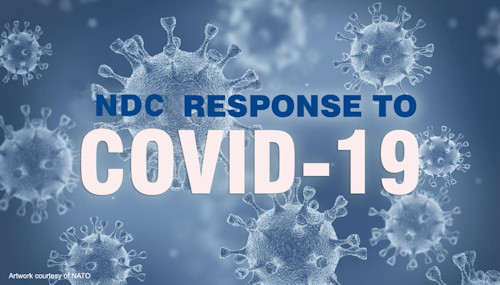 We were prepared, the planning is in the nature of the military world and, from an initial general emergency, a more specific one followed after only six weeks which allowed the staff to be brought back to the College with also hybrid solutions (physical and / or virtual presence ).

If we had not practiced such educational emergencies in the past year, the management would certainly have been more complicated.

Touching iron, I am happy to say that (with the exception of two Italian officers who contracted it outside the College) the spread of Covid was avoided within the Institute.

Thanks also to the advice of an Italian doctor and military health authorities, we have defined effective protocols and responded to the concerns of many.

Learning to work as a team is the foundation of the College.

We are already working to continue training even in the event of a possible return of Covid in the autumn.

She enlisted in years when military service was still barred to women in Italy. Canada has been one of the most modern countries in this respect. However, was it always easy to work in a traditionally masculine environment? 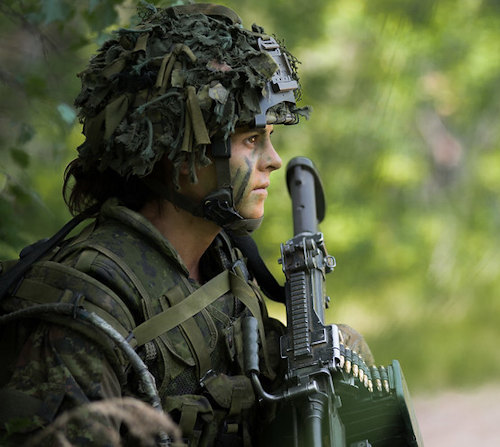 I was the seventh woman to join the military engineering corps. It was not easy but it was worth it. Every cultural change needs time to come true and mature. In Italy the same thing is happening, I met women in uniform who are doing a great job and are highly appreciated by their male colleagues.

However, I believe that no one in any country can provide a rosy picture of the ongoing process, both in the military and civilian fields.

As a military man, I think it is important to give a positive example to your country. If the armed forces manage to exploit the resource that 50% of society makes available, the economy of an entire nation will be able to progress.

I admit it wasn't always easy, but the frustrations were worth it.

Today the situation in Canada is better than it used to be, but we must not live up to our laurels, there is still work to be done.

What would you recommend to a girl who wants to pursue a military career?

Go on! I don't know in Italy but in Canada there are 105 military specializations that reflect a broad spectrum of use comparable to the civil one.

When someone asks me I answer that surely there is the most passionate job in the military world. But life in uniform is not for everyone: we must be able to face many difficulties, sometimes ambiguities, in an extremely structured society.

Personally I have lived a fantastic career. I have seen and done things that I could not have experienced outside of this world, sometimes wonderful, sometimes difficult, but which have achieved what they are today. I am proud of it and have no regrets.