Kurdish problem, can only Israel understand? 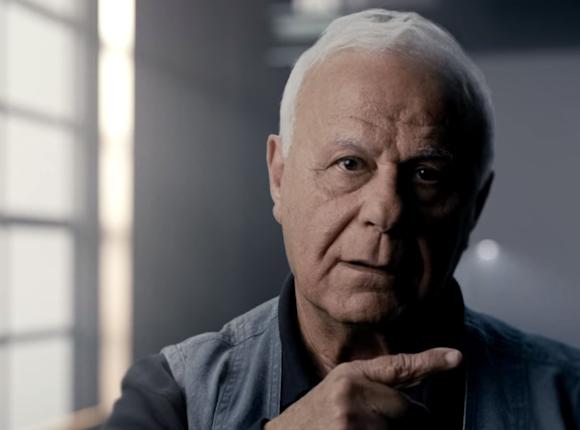 The general picture is known (v.articolo), but not neglecting any alternative is a specific duty of Online Defense, also because there are rumors, theories and studies that could shed full light on the Kurdish question or could be dismantled piece by piece. For this reason, an interesting point of view on the issue will be provided by Eliezer "Geizi" Tsafrir, former senior official of the Shabak (intelligence agency for internal affairs of Israel, ed) and of the Mossad, as well as head of the Mossad center in Iraqi Kurdistan. , Lebanon and Iran during the Islamic revolution and Arab affairs adviser to the prime minister.

In 1978 he received, during the handover in Tehran with the outgoing head of center, a curious sheet with the words "Received an intact Iran!"1. This was shortly before the revolution against the Shah. Could you tell us something more about this curious fact?

The story of the document I signed after taking office in Iran was something of an ironic joke: as I got there, riots began. 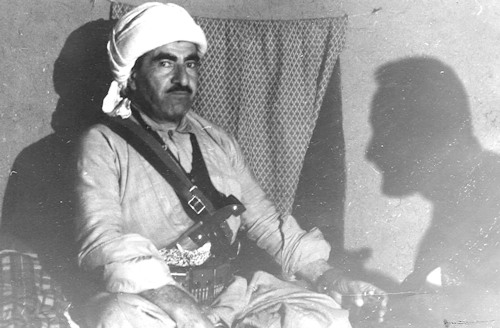 Based on your extensive experience in the field, what can you tell us about the research carried out in 2001 by two professors of the Hebrew University of Jerusalem, Ariella Oppenheim and Marina Faerman (and others)2, which argues that Jews are ethnically distant relatives of the Kurds?

Many speak of the same characteristics between the two peoples. Years ago there were also studies on the DNA of Kurds and Jews and it was found a certain relationship between the two genomes. My explanation is that there could be an intermingling in the thousands of years since the exile of the Israelis with the Assyrians in Ashur. I find it very curious that the only people who call Mosul "Ninawa", like Nineveh in the Bible, are the Kurds.

An ancient bond then ... The Bible speaks of a certain closeness between Jews and Kurds3.

There is ancient documentation dating back to 2000 years BC about the Karduchi residing in the mountainous area of ​​northern Mesapotamia, around the same time that my Jewish people, the "Jews", started their presence in southern Mesapotamia (Ur). .

Tamerlane's historian, Saraf-ad-kin 'Ali Yazdi, in the Zafername (Book of Victory) speaks of four branches of the Kurds: kurmangi, kalhur, gurani, lur.4 Are these differences found and still have a weight in the area today?

Part of the Kurdish tragedy is due to the many years of existence separated by borders stubbornly divided by Turkey, Iraq, Iran and Syria. The Kurds have thus developed national activities and movements that are not united with each other. They need a lot of will and sacrifices to achieve cohesion and a unique movement. 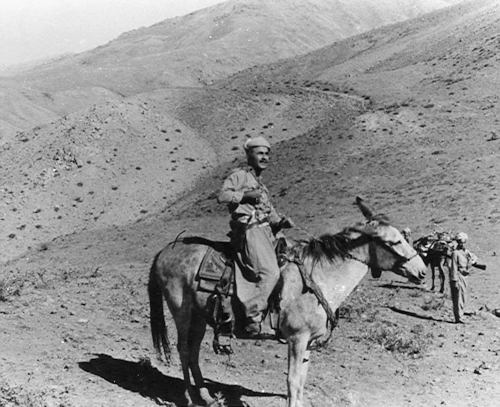 Mr. Tsafrir, it appears that in the second half of the 22.618th century there were 50.000 Kurdish Jews in the Iraqi area. But a possible unconfirmed estimate would be XNUMX in a larger area.5 If so, Israel's interest in the Kurdish question would have deep and recent ties. In your opinion, can this type of link be positive or negative for the Kurdish cause and Israel?

In fact, the Kurdish question could be the most serious problem in the Middle East: a people of about 35-40 million who have not achieved national unity and who have resided for two thousand years in the mountainous region of origin, torn between four countries and borders. imposed by imperialist interests.

I am not aware of the number of Jews present in Iraqi Kurdistan today. I think the number is very small. It can be dozens, no more.

The number of Jews who came to Israel from Iraqi Kurdistan is over 120.000. This community is sensitive to the Kurdish cause along with many of the Mossad and Tzahal (the "Armed Forces", ed), and in fact like most of the Israeli public.

Contacts with Kurdistan have been part of strategic policy since the time of Ben Gurion, that is, since threats, the Arab war and the boycott against Israel led us to defend reciprocal interests. Secret strategic agreements have been developed with Turkey and Iran, and - separately - with the Kurds and Christians in Lebanon. 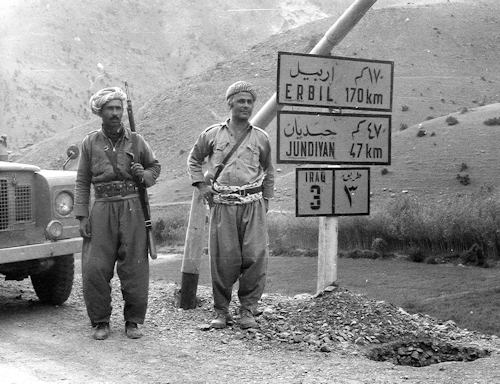 In a TV interview, referring to old facts, you said: "There are several organizations active in Iran [...] the Mossad, MI6, the CIA. For their purposes they mainly use the Kurdish minority!"8 Would this then show great interest in the Kurds as reliable fighters?

Being in charge of the Mossad in Iraqi Kurdistan for a whole year during the toughest war between them and Saddam Hussein's army was for me and other friends of Mossad and Tzahal, it was the most adventurous time of life: working for Israeli security and helping a wonderful oppressed people.

The Kurdish question is always subject to partisan interpretations. For example, the case of President Mas'ud Barzani (PDK) who, according to one theory, is of Jewish origin. This theory would be very popular among the Turkish people and conservative nationalist and Islamic circles. Historian Rifat Bali found that some Islamists think Israel wants to use the "Kurdish charter" to create a new Jewish state from the Nile to the Euphrates including the Kurdish regions of northern Iraq and southern Turkey. A book written by Harun Yahya would also talk about it.9 What do you feel like saying about the “Kurdish paper” theory?

The stories of Israel's intention to build a second Jewish state are absurd false propaganda.

You argued that "Israel has never supported the Turkish Kurds in the war against Turkey or the Iranian Kurds under the Shah"10. If for the Shah it was not necessary as the SAVAK (Sazeman-e Ettela't va Amniyat-e Keshavar) was on very good terms with Mossad11, little is explained by Turkey's fear of the Kurds. Does he have a reason for this?

Surely Israel could be the only nation to be deeply involved in the struggle for the Kurdish cause. However, we cannot be involved in every field and step. We have our limits, political and others, which limit our possibilities of helping the Kurds in Iraq rather than in Turkey, Iran and Syria. 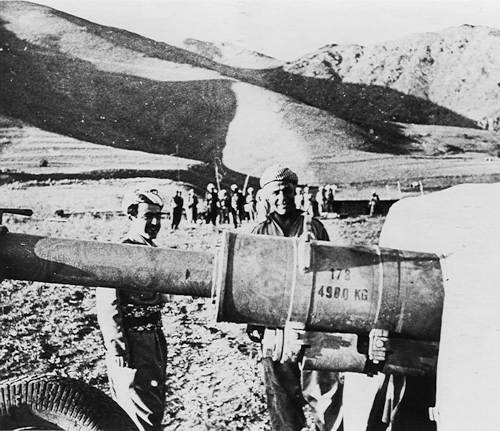 Today, the Israeli-Kurdish proximity digs an ever wider and deeper moat with Turkey and the latter obviously will do its own thing. It should be noted that with the help of the various Kurdish factions, properly trained, stopping Iran's nuclear race would be one of Israel's priorities.12. Within this framework, if you had political power, how would you act?

What is done to the Kurds in Turkey is terrible and a shame for the world conscience. The same is true in Iran. It is tragic that, despite the courageous activity of the Kurds against Isis in northern Syria and Iraq, they have been abandoned.

3 The Standard Jewish Encyclopedia: Tribes, Lost Ten and Babylon // A History of the Jewish People, Ed. By Ben-Sasson HH, p.140;

5 Patai R. Preface, in: Brauer E. The Jews of Kurdistan. Completed and Edited by R.

12 Zhigalina, O, The Kurds and the Iranian nuclear crisis;

Image opening frame "Inside the Mossad", Netflix / In order to follow: with Mulla Mustafa Barzani, on the mountains on the back of a mule, on the way to Erbil, with Idris Barzani and a cannon during training with Israeli instructors